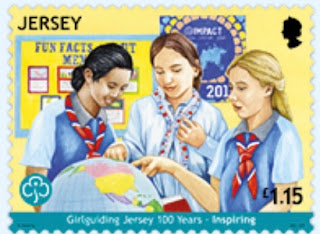 🇯🇪 Jersey Post will issue a set of 6 stamps on 6 August 2019 to commemorate a notable anniversary with direct relevance to the island on a subject which is a popular theme. Remarkable! The pleasant set will commemorate the Centenary of Guiding in Jersey. Rating:- *****. 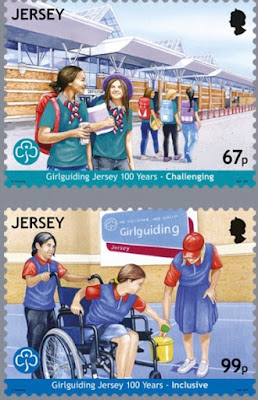 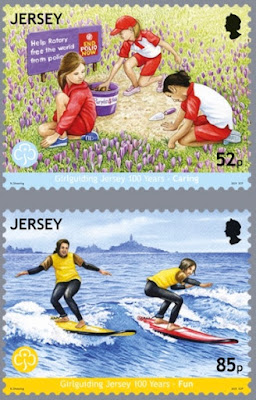 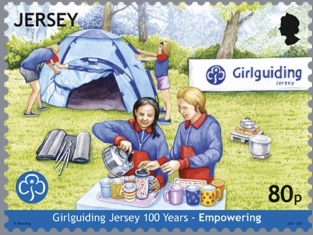 🇱🇰 Sri Lanka Post issued a set of 3 stamps on 9 July 2019 to commemorate the Kataragama esala festival. Kataragama deviyo is a guardian deity of Sri Lanka and the Esala Festival held at Kataragama is the principal event which plays homage to the deity. This is an interesting and colourful issue. Rating:- *****. 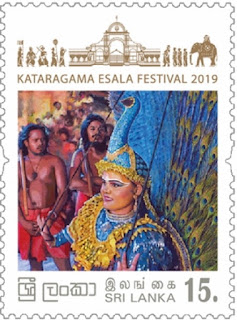 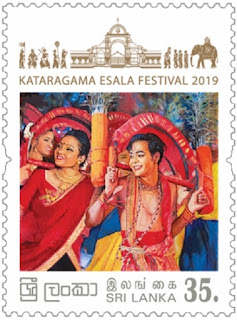 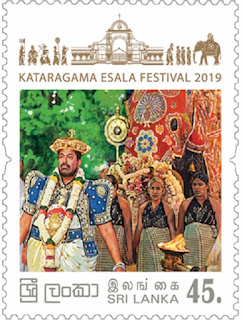 🇬🇮 The Royal Gibraltar Post Office issued a miniature sheet containing 6 different stamps on 5 July 2019 to commemorate the 50th anniversary of the first manned lunar landing. The issue was designed by Stephen Perera using photographs of NASA and lithographed by Cartor. This small territory’s postal service issues far too many stamps and this issue has no direct relevance to Gibraltar itself. Rating:- 0. 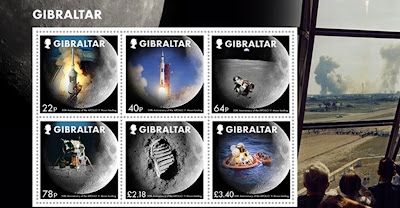 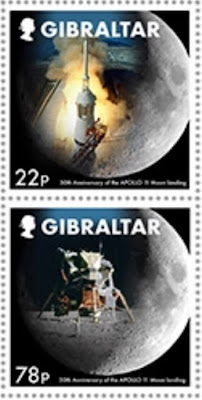 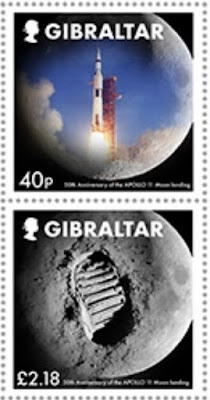 🇮🇪 The International rate booklet of self-adhesive versions of 4 previously issued stamps from An Post, the Irish postal service, which I mentioned in Blog 1463 is now illustrated below. The 4 National rate stamps were depicted in Blog 1465. 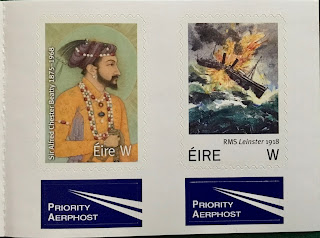 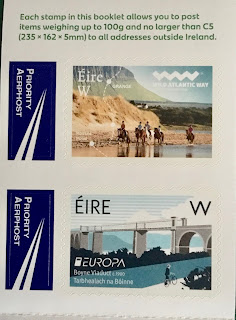