🇺🇸 The United States-based philatelic agency, IGPC, has announced a new range of stamp issues it is releasing in the name of several of its client philatelic entities. These issues fit in with a recent trend of the agency in that almost all the issues feature various types of wildlife and that the featured species are actually resident in the territories whose names are printed on the stamps, which has not always been the case. Is IGPC trying to make its issues more relevant to the territories whose philatelic interests it is supposed to represent?
🇦🇬 Antigua And Barbuda - 2019, no exact date of issue given - Birth centenary of Leonard Bernstein (US musician) - 1 miniature sheet containing 4 different stamps. Rating:- 0. 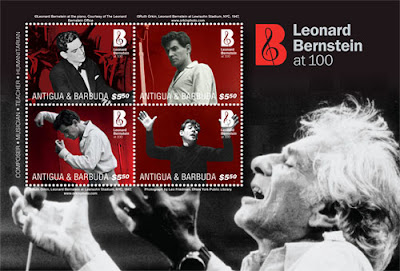 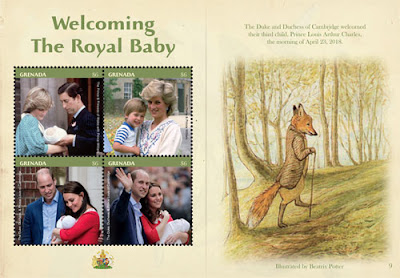 24 May 2019 - The White-tailed deer, a species found in Grenada - 2 miniature sheets, 1 containing 4 different stamps and the other containing a single stamp. Rating:@ **. 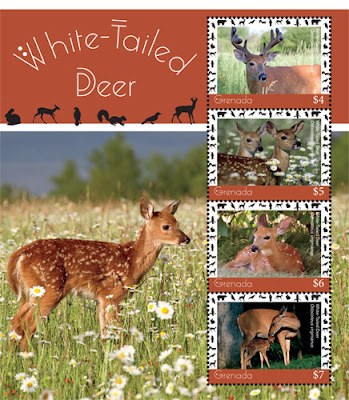 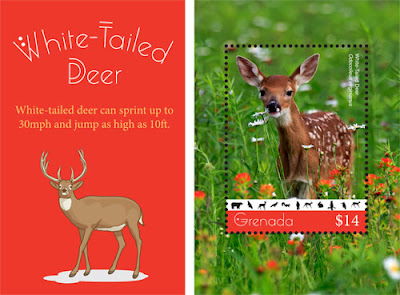 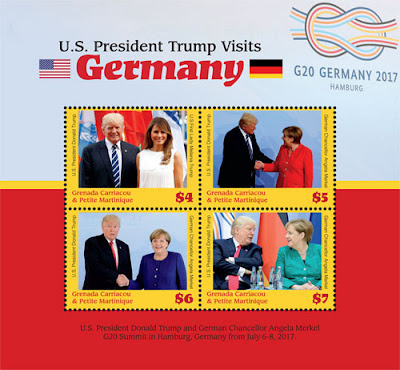 24 May 2019 - Colourful Birds - 2 miniature sheets, 1 containing 6 different stamps and the other a single stamp. All featured species are found in Grenada and The Grenadines.Rating:- ***. 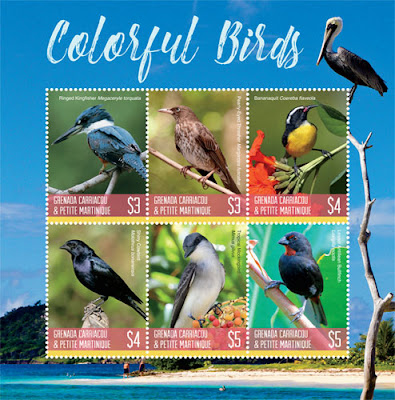 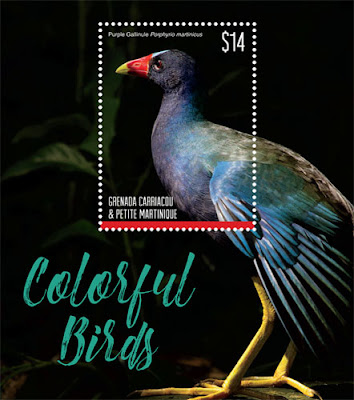 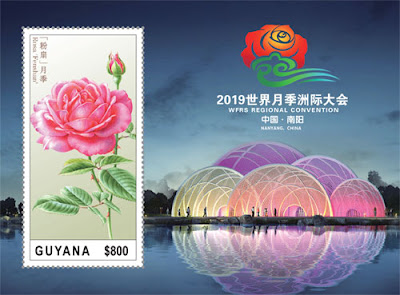 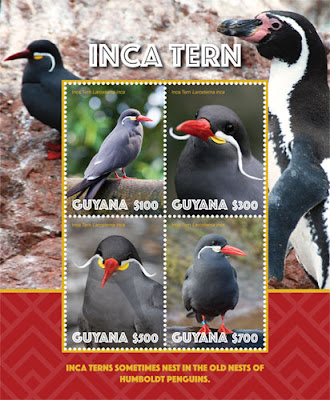 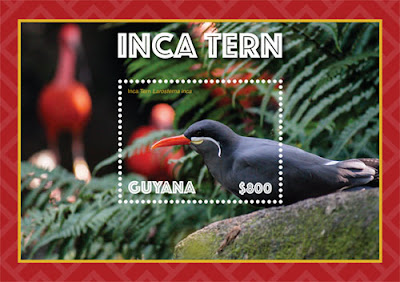 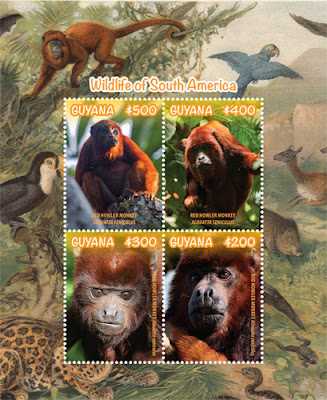 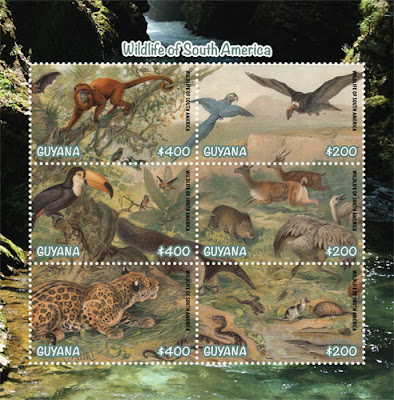 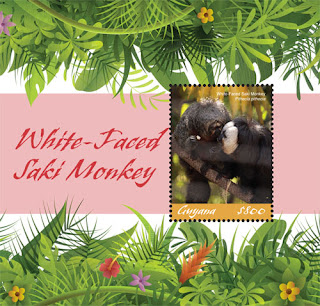 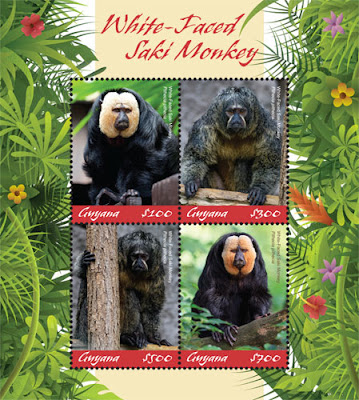 🇨🇾 The pair of stamps issued by Cyprus Post on 2 May 2019 as its contribution to this year’s Europa  omnibus issue was accompanied by a €4.80 booklet containing 8 stamps. An attractive item. Rating:- ***. The issue was designed by Ioanna Kalli and lithographed by Baltic Banknote High Security Printing. 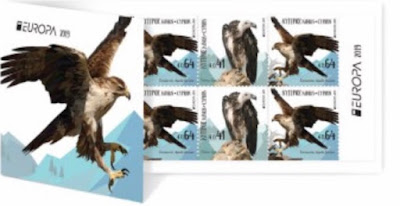 🇲🇼 Malawi Post issued a sheetlet containing 6 different stamps and 6 single stamp miniature sheets on 24 April 2019 on the subject of Malawi wildlife. It is an attractive issue but hardly original and the format seems excessive as does the total face value. Rating:- **. 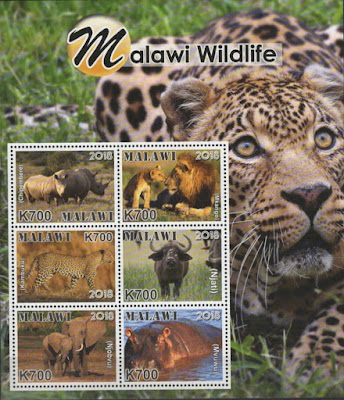 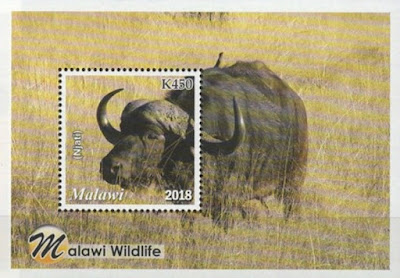 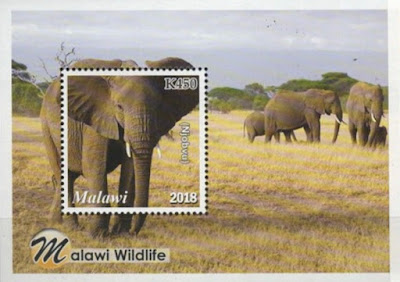 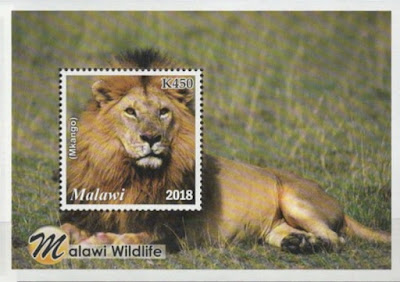 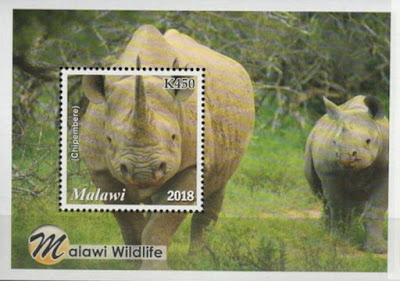 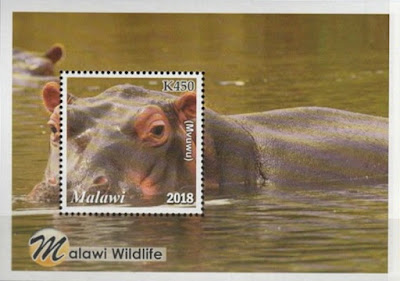 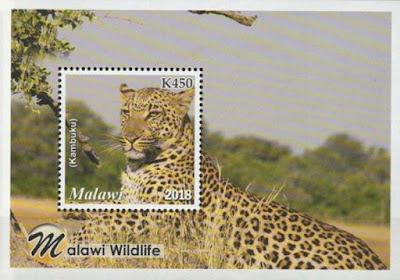