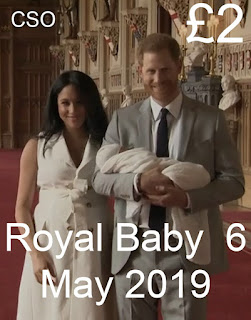 🏴‍☠️ I have previously speculated about the likelihood of a number of postal authorities and philatelic agencies issuing stamps to commemorate the birth of the latest royal baby. I thought I would bite back by making sure that Commonwealth Stamps Opinion would be the first to produce Royal Baby stamps on this occasion - beating IGPC, Stamperija, Australia Post, Guernsey Post, Isle Of Man Post Office, Royal Gibraltar Post Office, New Zealand Post, Jersey Post, Philatelic Collector Inc and all the other usual suspects. It took less than 10 minutes to design this set of three - let’s call it ‘a fitting tribute to a wonderful young couple and their first delightful child’. So that’ll be £15 please plus of course 20% VAT and £2.50p handling and postage charge. Oh by the way, they’re not on sale at post offices and can’t be used to prepay postage but what does that matter?  Cheap at half the price! 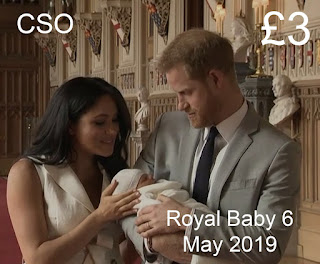 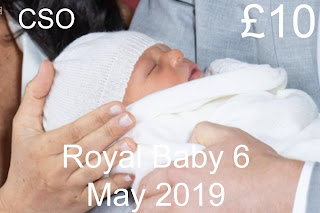 🇲🇹 MaltaPost will issue its ‘Map of Malta’ Greetings stamp with an attached label on 9 May 2019 in connection with its attendance at the Essen Philatelic Exhibition. This is a reasonably inexpensive philatelic souvenir of the exhibition unlike the strips of Post and Go stamps which continue to appear from British offshore Islands’ postal administrations. Rating:- ***.

🇮🇳 India Post issued a single stamp on 2 May 2019 to commemorate the 750th anniversary of the birth of Sri Vedanta Desikan who was a Sri Vaishnava guru and philosopher. Rating:- **.

🇱🇰 Sri Lanka Post intends to issue 3 stamps and, I expect, 1 miniature sheet containing all 3 stamps, on 18 May 2019 to commemorate the festival of Vesak. Illustrations are awaited.

🇸🇬 Singapore Post will issue a pair of stamps and an accompanying miniature sheet on 16 May 2019 to commemorate the 50th anniversary of the establishment of diplomatic relations between Singapore and Philippines and the subject of the issue will be Butterflies of the 2 countries. This is a colourful and interesting issue and was designed by Sonny Lee (Common rose butterfly) and Philippines Postal Corporation (Luzon lacewing butterfly). The miniature sheet contains one each of both stamps. The issue was lithographed by Southern Colour Print and is perforated 13.5 or 14 (miniature sheet stamps). Rating:-  *****. 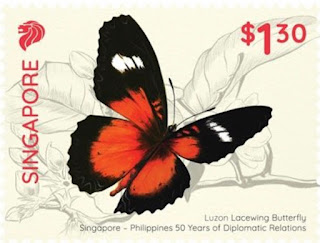 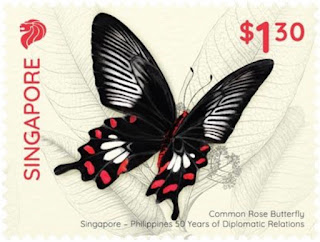 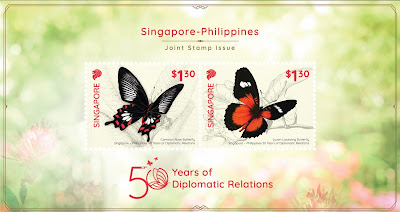 🇹🇷 Following the 2 stamps issued on 15 April 2019 related to local philatelic events and anniversaries (Blog 1430) the postal service of the Turkish Republic Of Northern Cyprus plans to release the following issues during 2019:-

16 May - Centenary of the beginning of the Turkish War of Independence
19 May - ‘April 23 and Atatürk’. The first meeting of the Turkish Grand National Assembly took place on 23 April 1920 and Kemal Atatürk dedicated the new Turkish Republic to children in Turkey.
20 June - Europa, National birds
24 September - Cactus flowers.
Posted by White Knight at 05:35