🇿🇦 The South African Post Office issued a miniature sheet containing a single stamp on 26 April 2019 to commemorate the 25th anniversary of the introduction of democracy into South Africa after the ending of apartheid. The sheet depicts the flag of South Africa - the flag of the ‘Rainbow Nation’ - which the country adopted with the establishment of democratic government. Rating:- *****. A single-stamp miniature sheet was then issued on 30 April 2019 to commemorate the Centenary of the Industrial and Commercial Workers Union of Africa. An interesting issue. Rating:- ***. 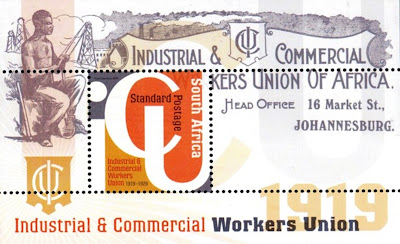 🇵🇳 Bounty Post, the postal service of Pitcairn Islands, issued a delightful sheetlet of 4 different stamps on 30 April 2019 on the subject of ‘Fragrant flowers’. The sheet which is scented was designed by Rachel Walker and lithographed by Southern Colour Print. Rating:- *****. 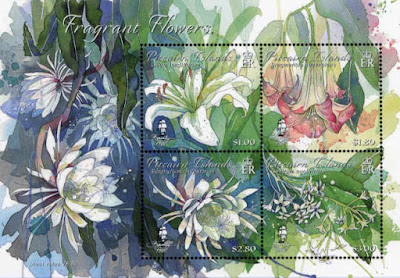 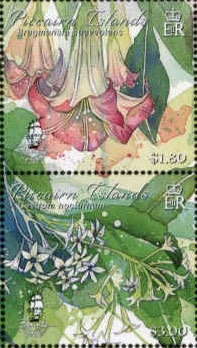 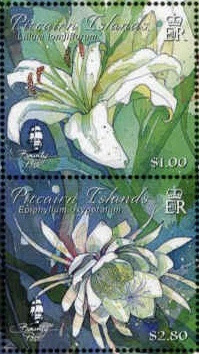