It’s a fact little stated that most people tend to find other people’s children to be far less charming or interesting than the parents themselves do. In Britain, middle class professionals seem to be particularly unaware of this fact and let their children rampage noisily around cafes and restaurants and other public spaces regardless of the presence of other people who may rapidly develop a dislike for their progeny. Here in Britain too we have the problem that the fertile Royal Family is adding to its ranks on a regular basis and The Press seems to believe that we are at all interested. The further down the line of succession a child is placed when it is born the more the clamour about the event.
Postal administrations and philatelic agencies too seem to believe that every new royal infant that makes its first appearance on the steps of the Lindo Wing of St Mary’s Hospital in London in the arms of whichever royal couple has produced it should be featured, almost instantly, on a potentially profitable new (postage) stamp. Now we have the birth of yet another royal infant, this time a son to the Duke and Duchess of Sussex, who offers postal administrations an additional potential philatelic financial windfall since the child is half-American and therefore any stamp depicting it may sell particularly well in the very large and wealthy country which kicked out the British royal family as long ago as 1776.
We await with baited breath the first announcements of new stamp issues to commemorate this latest royal birth. In recent years there have been so many depicting the various, and increasingly numerous, children of The Duke and Duchess of Cambridge, with Australia Post, always keen to make a fast buck, leading the charge. So here we go again. Which postal administrations or philatelic agencies will try to cash in on the latest royal birth? 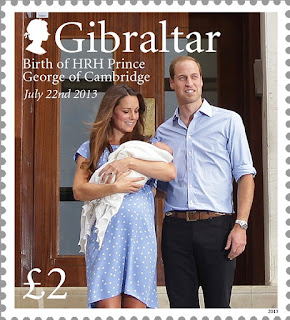 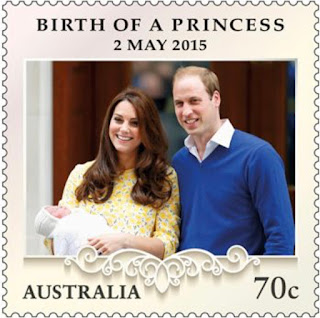 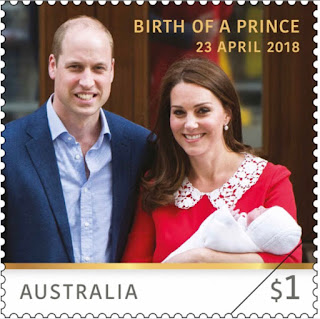