🇸🇬 I have mentioned previously the 2 stamps which Singapore Post intends to release on 8 May 2019 as a joint issue with Israel Post and I now present better quality illustrations of the issue and details of the stamps. There is also an accompanying miniature sheet containing the 2 stamps. The subject of the the issue is ‘Flowers’ though birds and butterflies also feature in the designs. The issue was designed by Agnes Tan of Singapore and Tuvia Kurtz and Osnat Urshel of Israel and lithographed by Southern Colour Print and perforated 13.5. An attractive and relatively inexpensive issue. Rating:- *****. 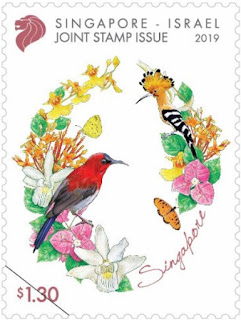 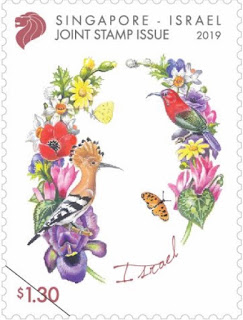 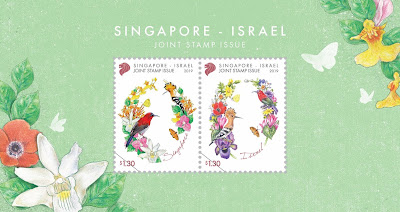 🇧🇩 There are 2 new issues from Bangladesh Post to report though I do not know the dates of issue yet:- 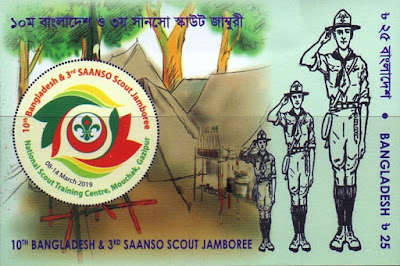 2019 - 50th anniversary of the honouring of Sheikh Mujibur Rahman with the title of Bangabandhu (Father Of The Nation) - 2 stamps issued in a se-tenant pair. Rating:- ***. 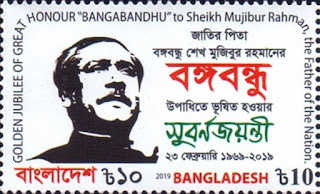 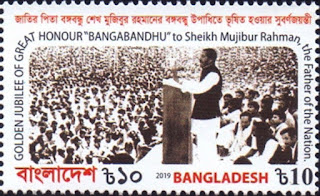 🇹🇷 The postal service of The Turkish Republic Of Northern Cyprus released its first pair of stamps of 2019 on 15 April 2019 to commemorate the 40th of the Turkish postal service and the National Stamp Exhibition held from 15 to 19 April 2019. The stamps were designed by GK Sonmezer. Rating:- ***. 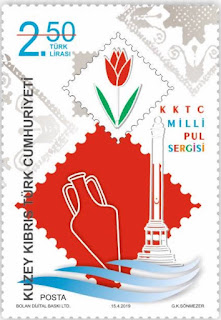 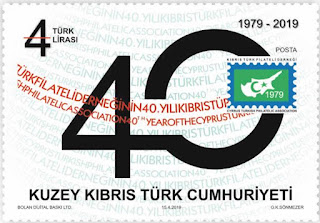