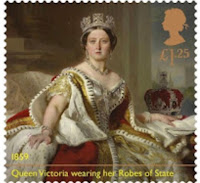 🇬🇧 The complete set of 6 stamps to be issued by Royal Mail on 24 May 2019 to commemorate the Bicentenary of the Birth of Queen Victoria as well as that of her husband, the Prince Consort, can now be seen with various degrees of clarity on Internet cover sites.
It is a magnificent set depicting various paintings of the Queen Empress at different stages of her life. One of the £1.25 values depicts a detail of a painting of the young queen with the coronation regalia by Franz Xavier Winterhalter while others depict a painting of the widowed queen with her Scottish servant John Brown by Charles Burton Barber, a painting of Victoria with Benjamin Disraeli her favourite prime minister (here's another one of the few stamps which depict British prime ministers - see Blogs 229 and 451) at Osborne House on the Isle Of Wight by Theodore Blake Wirgham, a painting of the wedding of Queen Victoria and Prince Albert in 1840 by Sir George Hayter, a picture of Queen Victoria as a girl by Richard Westall (1830) and a detail of a painting of the widowed Victoria by Heinrich Martin Krabbe.
Sixty years of British royal history in one set. Rating:- *****. 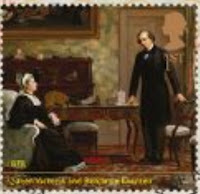 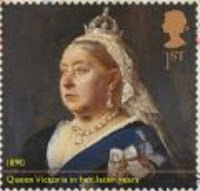 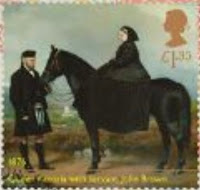 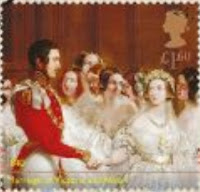 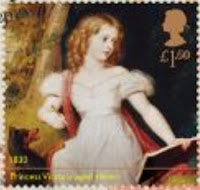 🇬🇮 Gibraltar Post will issue a set of 4 stamps on 20 April 2019 to commemorate the 50th anniversary of the Concorde aircraft. The spectacular images were supplied by Getty Images and the stamps designed by Stephen Perera and lithographed by Cartor. An interesting set but not one with a lot of relevance to Gibraltar. Rating:- **. 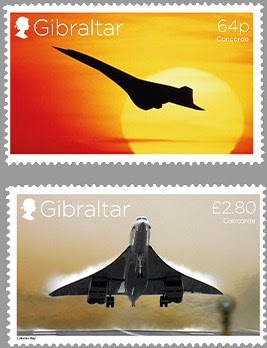 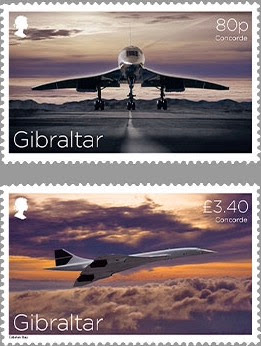