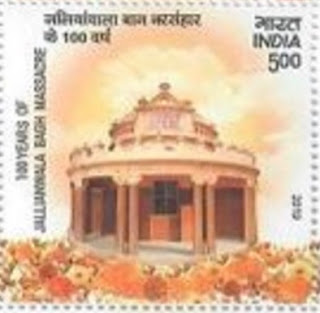 🇮🇳 On 13 April 2019 India Post issued 2 stamps and 1 miniature sheet to commemorate the Centenary of the Amritsar Massacre which is also called the Jallianwala Bagh Massacre. This was one of the most shocking events in Anglo-Indian history and occurred when large numbers of Sikhs gathered together in Jalliawala Bagh in Amritsar in Punjab during the feast of Baisakhi, the main Sikh festival, to protest peacefully over the arrest and deportation of two nationalist leaders, Satya Pal and Saifuddin Kitchlew.
The local British Indian Army commander, Acting Brigadier-General Reginald Dyer, was convinced that a major insurrection was taking place and ordered the troops under his command from the 2nd and 9th Gurkha Rifles to fire on the crowd. The firing continued for 10 minutes and it is thought that 379 people were killed and 1100 injured including 192 who were seriously injured. The Indian National Congress estimated that about 1000 people were killed with 1500 injured.
A report released the following year criticised General Dyer and the Punjab government and Dyer's military career effectively came to an end. As a result of the massacre many moderate Indians abandoned their loyalty to the British and became nationalists distrustful of their colonial rulers.
Rating:- *****. 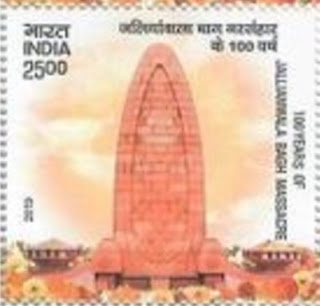 🇭🇰 Hong Kong Post will issue a set of 6 stamps, 1 miniature sheet and a $53 'Prestige booklet' to commemorate the 175th anniversary of the Hong Kong Police Service on 30 April 2019. The issue was designed by Jason Chum and Chow Lee and lithographed by Enschedé and perforated 13.5 x 14.5 with the miniature sheet being perforated 12. An interesting and well designed issue. Rating:- ****. 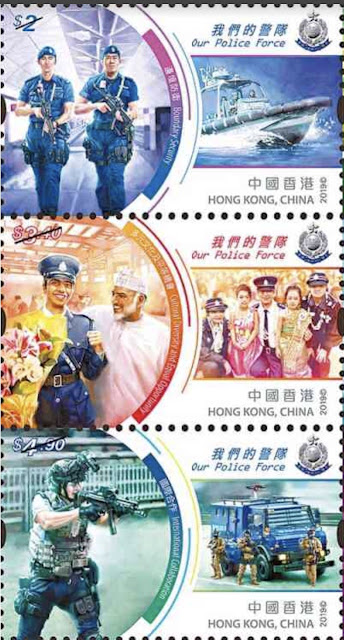 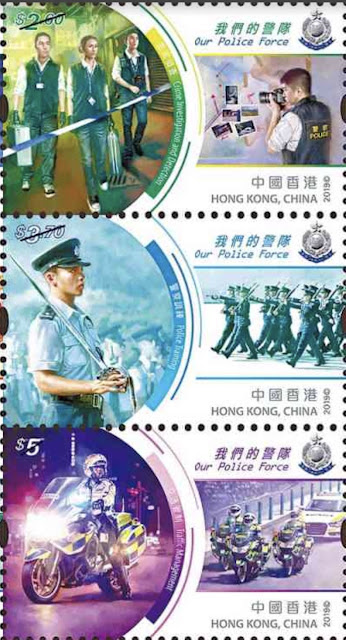 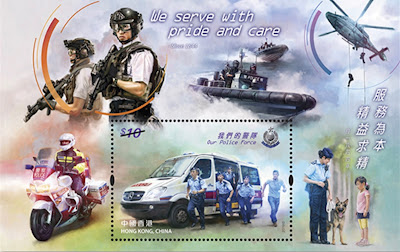 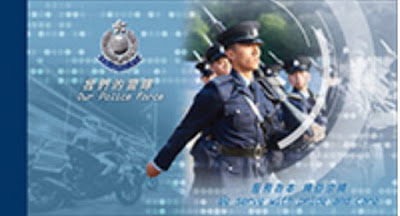 🇳🇷 The new Nauru Post is planning to set up an online philatelic website "in the coming days" and it is intended that collectors will be able to obtain "all the new and even the older stamps" through the site. This will be a great help to collectors who have so far found news of recent issues difficult to track down and the stamps hard to purchase. Note, however, that this service is not yet available to collectors. Thanks to Michael Dame for this information.

🇬🇧 I assume that among the many interesting and well produced issues that will be released by Creative Direction/Pobjoy Stamps during 2019 we may expect a set of stamps to commemorate the Bicentenary of the Discovery of the South Shetland Islands in the British Antarctic Territory. On 19 February 1819 the mariner William Smith who had been born in Blyth in Northumberland and who was on board the sailing vessel The Williams sailing from Buenos Aires to Valparaiso sailed unusually south of Cape Horn to catch the prevailing winds. He spotted new land but the naval authorities did not believe him and so on a subsequent voyage there he landed on the largest of the islands and named it King George Island with the island group being named the South Shetland Islands. In 1820 The Williams was chartered by the Royal Navy and sent with William Smith and Lieutenant Edward Bransfield on board to survey the newly discovered Islands.
Unfortunately there does not appear to be an existing portrait of William Smith and therefore he did not appear on the set of 15 stamps depicting explorers issued by BAT on 14 February 1973 and neither does Bransfield but his name is commemorated philatelically on one of the stamps issued by the British Antarctic Territory in 2017 on the subject of Research vessels in the Antarctic - RRS Bransfield which was used from 1970 to 1999. I very much look forward to an issue to commemorate Smith, Bransfield and the discovery of Antarctic territories later this year. 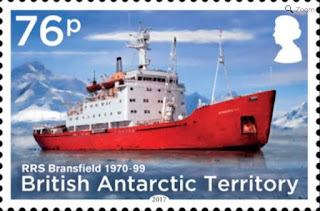 🇬🇧 In Blog 420 I mentioned the 6 stamps to be issued by Royal Mail on 24 May 2019 to commemorate the Bicentenary of the Birth of Queen Victoria. The excellent stamps are accompanied by four more contained in a miniature sheet which commemorates 'The Legacy of Prince Albert', Victoria's husband who was also born 200 years ago. The sheet depicts buildings associated with The Prince Consort and with Royal Mail's usual Londoncentricity it is inevitable that 3 of the stamps depict scenes in the capital. Clearly Prince Albert rarely left London except for an occasional trip to Balmoral in Scotland which is shown on the remaining stamp. The item is drearily black and white which is a pity when one sees the magnificently colourful six stamps to be released to celebrate his wife's bicentenary. Rating:- **.
There is also to be yet another 'Prestige booklet' associated with this issue. This will be the third such item issued so far in 2019 which is plainly excessive. I have now given up collecting these expensive items having not been prepared to waste my money on the previous Marvel Comics Prestige booklet (be it standard version or 'deluxe' limited edition version) and when you've omitted one from the collection it's extremely easy to decide to add no more. Clearly the contents of these booklets have very little chance of being used on ordinary mail and it matters not to me whether or not there are new varieties of the Machin Head definitives contained within them. While there were 2 Prestige booklets released per year I was prepared to continue to collect them, after all they are very attractive, but as always happens Royal Mail has grown greedier and greedier for collectors' cash and the result for me at least is that instead of selling 2 booklets per year to me Royal Mail will not be able to get me to part with my money for even a single one. 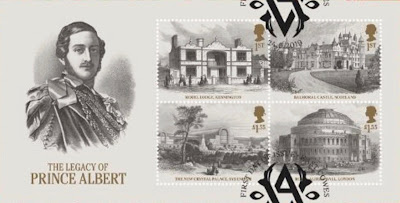 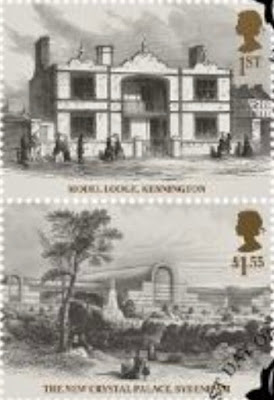 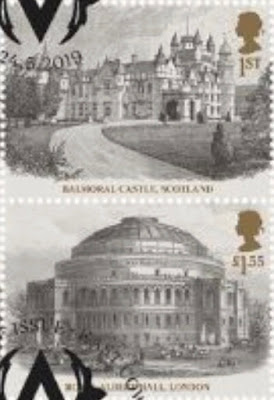