🇧🇸 The postal service of Bahamas will issue a set of 4 stamps as the third part of its series which commemorates the 25th anniversary of the Bahamas Marine Mammal Research Organisation. This very attractive set was designed by Andrew Robinson using photographs supplied by BMMRO and lithographed by Cartor and perforated 13.5. Rating:- *****.
The set will be issued on 18 April 2019. Production of the issue was co-ordinated by Creative Direction. Thanks to Juliet Warner of Pobjoy Mint Ltd for information about the issue. 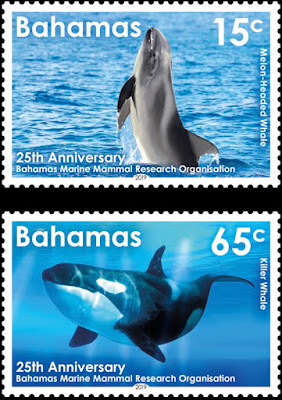 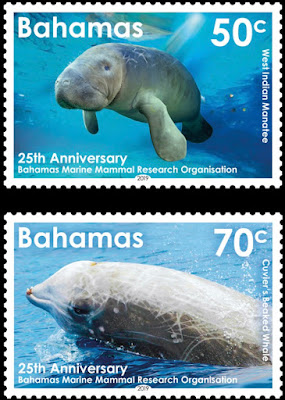 🇮🇲 The never-ending stream of new issues from the Isle Of Man Post Office continues with another two sets. The first is an attractive enough set of 6 stamps to be issued on 18 May 2019 on the subject of the Maritime paintings of the late John Halsall. It is not clear to me why this set has been issued as Halsall's paintings have been featured on Manx stamps before as have numerous illustrations of ships on various occasions. The issue was lithographed by Lowe Martin and perforated 14. Rating:- *. 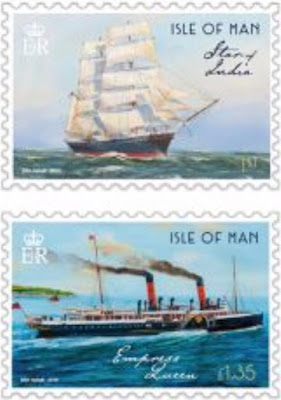 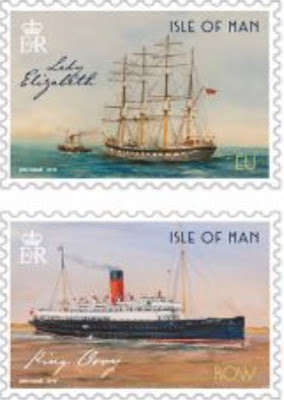 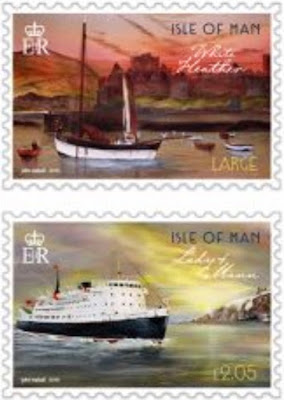 The second issue is related to the Bicentenary of the Birth of Queen Victoria and quite reasonably features the subject of Victorian engineers and their work and inventions. All six engineers depicted on the stamps were either born on the Isle Of Man or lived there when they created their ideas. The designs by Andrew Robinson feature William Keruish (invented the marine theodolite), Sir Benjamin Dobson (improved textile machinery), John Kermode (developed fuel injection nozzles operated by steam or not air pressure), Thomas Gibson (launched the first wooden schooner with integral iron tanks  with his special vapour seals), John Callow (invented the 'straight dough' process which reduced dough rising time) and Charles Greenway (patented the 'free floating' cage for cylindrical, conical and spherical roller bearings). The issue was lithographed by Lowe Martin and perforated 14. Rating:- ****. 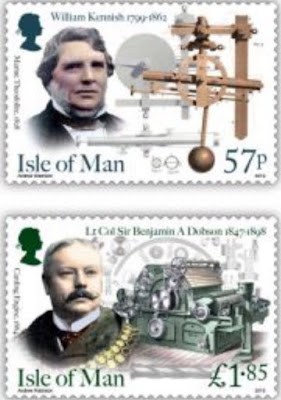 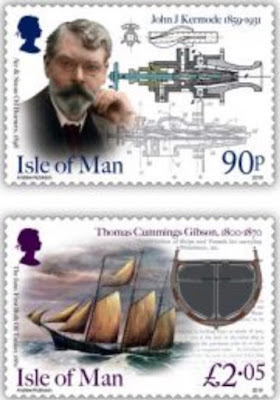 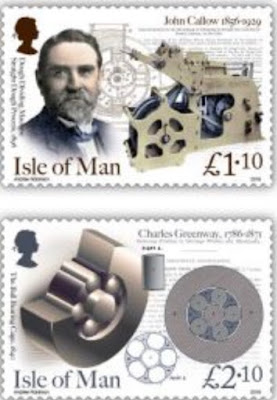 🇸🇬  Singapore Post will issue a delightful set of 4 stamps and 1 'Collectors sheet' on 17 April 2019 on the subject of Traditional confections. The issue was designed by Agnes Tan and lithographed by Secura Singapore and perforated 13. Rating:- *****. Hmmm, I think I will settle down with a cup of tea and a nice piece of cake. 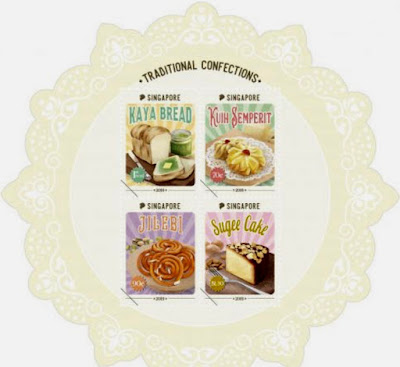