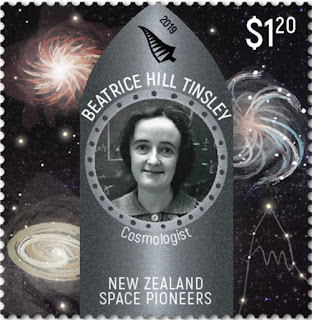 🇳🇿 In the year that marks the 50th anniversary of the first manned lunar landing by the crew of Apollo 11, New Zealand Post has taken the opportunity to release a set of 5 stamps issued in a vertical se-tenant strip which makes up a picture of a space rocket and a '3D lenticular' miniature sheet containing 4 colourful stamps to note the role of New Zealanders in the development of space exploration. This is a very attractive and interesting issue which brings the names of the little known heroes and heroines of the international space programme to the public in general. The issue was designed by Hannah Fortune and lithographed by Southern Colour Print and perforated 14 x 14.5. The stamps will be issued on 1 May 2019. Rating:- *****. 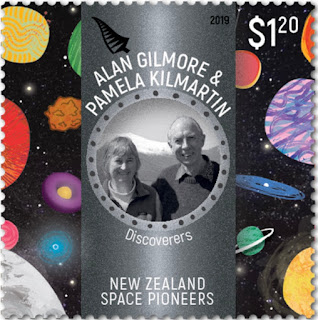 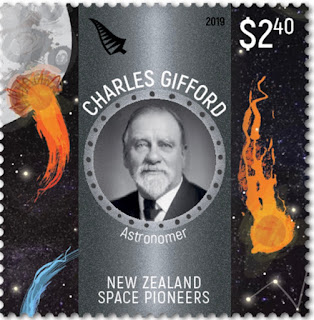 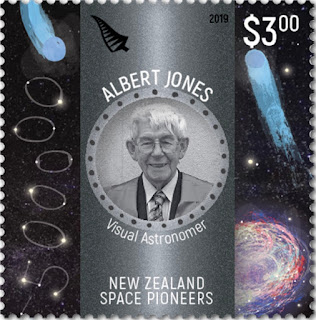 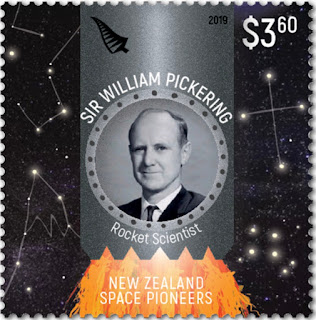 🇹🇰 The postal service of Tokelau will issue a set of 4 stamps and 1 miniature sheet on 1 May 2019 on the subject of Inati which is a local community fishing and distribution system and the designs by Saint Andrew Matautia illustrate 4 of the foods which are exchanged in the system. Interesting. Rating:- ***.
The stamps were lithographed by Collectables and Solutions Centre in Whanganui and perforated 13.5. 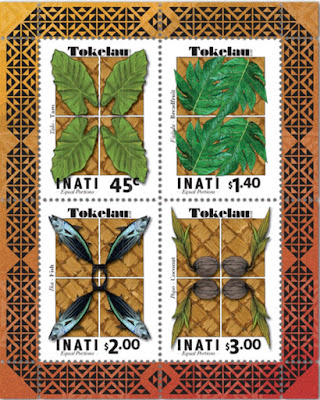 🇨🇰 As we all know the postal service of Cook Islands continues to allow the United States-based philatelic agency, Philatelic Collector Inc, to issue stamps with the name of Cook Islands printed on them and many collectors view that company's issues to be exploitational. There's an old saying that goes something like, "Big fleas have small fleas upon their backs to bite 'em, small fleas have smaller fleas and so ad infinitum...", and so it appears with Philatelic Collector as a clearly bogus issue has appeared for sale on an Internet auction site. A miniature sheet commemorating the Year of the Pig is being sold currently and is said to be printed 'on leather' and has a face value of $12.50c. It's not entirely convincing particularly as the country's name is spelt 'COOK ISLANS'. As I always write with rubbish like this, caveat emptor. 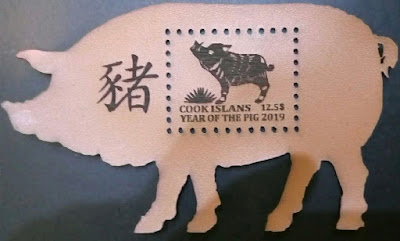