🇬🇬 Guernsey Post will issue 6 stamps on 29 May 2019 to commemorate the Bicentenary of the births of both Queen Victoria and Prince Albert, the Prince Consort. It's a rather grim set of stamps lacking any colour depicting, as they do, photographs of the royal couple or sculptures of them. Rating;- **.

🇬🇧 Meanwhile two of the designs of Royal Mail's upcoming set of stamps to commemorate the Bicentenary of the Birth of Queen Victoria are known now to collectors. The stamps, due 24 May 2019,  are a 1st Class rate which depicts an elderly queen and is shown on a cover producer's internet site while a portrait of the younger queen was depicted on a £1.25p stamp the design of which was included in Royal,Mail publicity released at the end of December 2018. It looks like being an excellent set of great relevance to stamp collectors given that the Queen was the person who was depicted on the very first postage stamps. 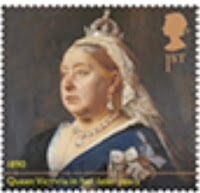 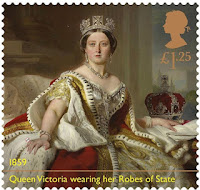 🇯🇪 Jersey Post will issue another one of its tiresome 'Commemorative sheets' on 28 April 2019 to mark the 60th anniversary of Jersey Zoo operated by the Durrell Wildlife Conservation Trust. The sheet contains 20 x UK letter rate 'Jersey Flag' stamps with attractive attached labels and costs £17. It's difficult to work up any enthusiasm for these sheets - they are ridiculously expensive and, due to their size, difficult to house. I do wish Jersey Post would give up producing the things. Rating:- 0. 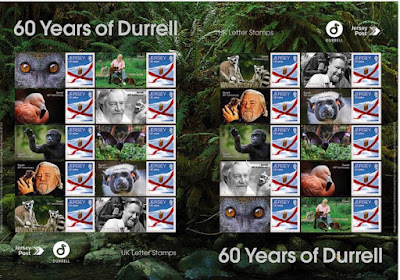 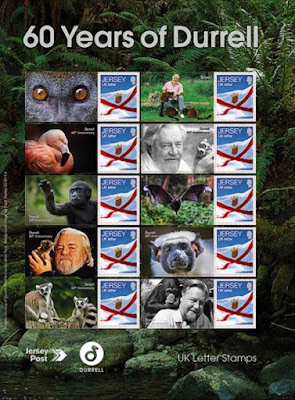 🇲🇾 Pos Malaysia issued a set of 3 stamps and 1 miniature sheet on 9 April 2019 on the subject of Bees. The stamps are hexagonal in shape and quite colourful. Rating:- ***. 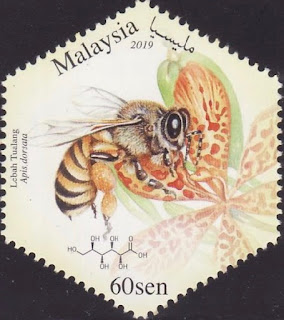 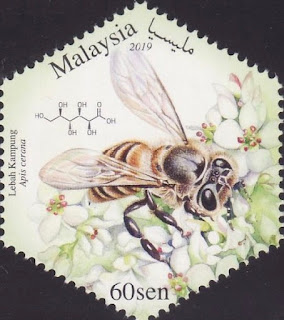 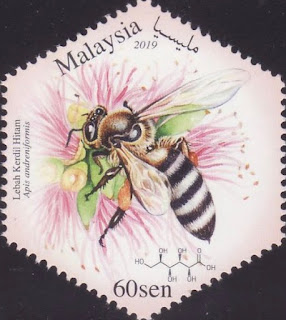 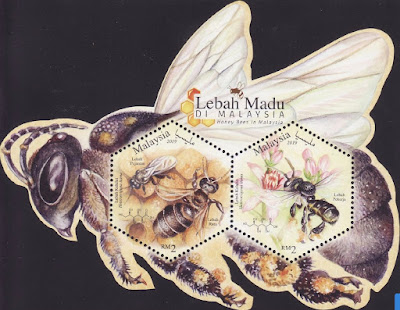