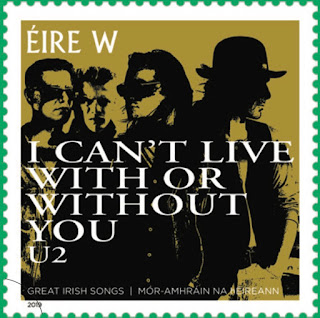 🇮🇪 An Post, the postal service of the Irish Republic is planning to release a fairly modest number of issues over the next 3 months. I mentioned the upcoming Europa/National Birds issue in Blog 1390. Two stamps will be released on 11 April 2019 depicting a Roseate tern and a Golden plover and there will also be a miniature sheet containing both stamps which is illustrated below. The issue was designed by Design HQ using photographs by Killian Mullarney and was lithographed by Cartor and perforated 13.5. Rating:- *****. 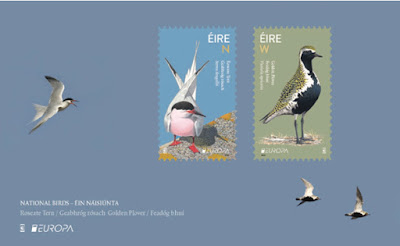 Four stamps will be issued on 2 May 2019 on the subject of 'Iconic and internationally recognised Irish songs' sung by 'renowned Irish artistes'. The subjects of the 4 stamps are:- Danny Boy (John McCormack), On Raglan Road (Luke Kelly), With or without you (U2) and Dreams (The Cranberries). The issue was designed by AMP Visual and lithographed by Cartor and perforated 13.5. Rating:- *****. 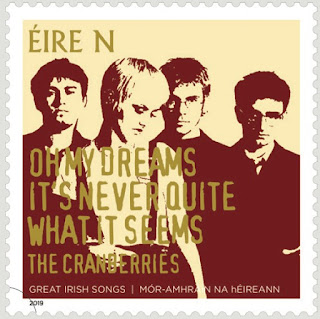 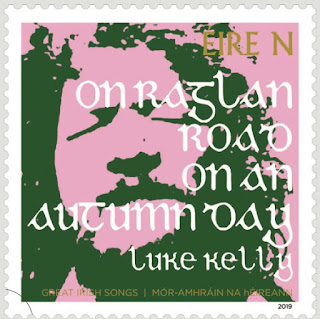 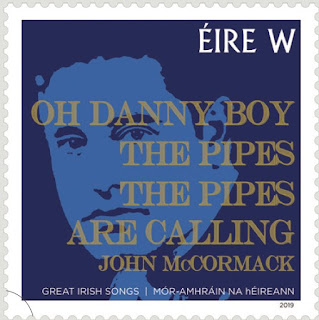 The final issue to mention is a single stamp which will be released on 13 June 2019 to commemorate the Centenary of the first Transatlantic flight by Alcock and Brown when they flew for 16 hours from St John's in Newfoundland to Clifden in County Galway. The stamp was designed by Design HQ from an illustration by Vincent Killowry and lithographed by Cartor and perforated 13. Rating:- *****. 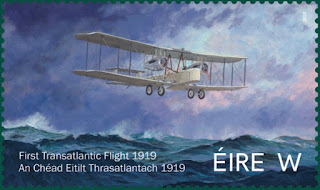 🇮🇳 India Post issued a single stamp on 19 February 2019 to commemorate the Centenary of the Indian Institute of Technology at Banaras University. The Institute started off life as the Banaras Engineering College and took on its present name in 1968. Rating:- **. 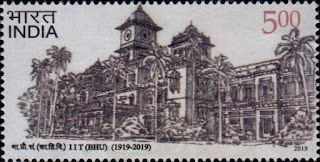 🇲🇹 MaltaPost has released a 'silver stamp' to commemorate the 50th anniversary of the death of Padre Pio for which a miniature sheet was issued originally on ordinary paper on 22 September 2018. On the first occasion when MaltaPost issued 'silver stamps' (28 silver foil stamps featuring portraits of former Grand Masters of the Order of St John sold for €398) the stamps, improbably, were said to be valid for postage. I do not know if this latest product is similarly valid for postage, theoretically at least, but the face value of the item is €3 although the price is £48.32p so I don't suppose that anyone would seriously use it for postal purposes. Rating:- 0. 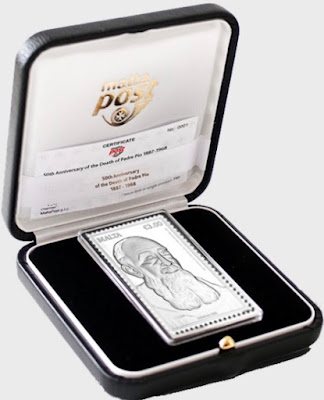