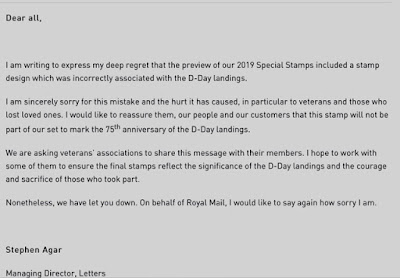 🇸🇬 Singapore Post will release its issue to commemorate the Chinese New Year, Year of the Pig, on 4 January 2019. The issue is made up of 3 gummed stamps, 1 Collectors sheet, 1 self-adhesive 1st Class Local value stamp sold in sheetlets of 10, 1 'Zodiac My Stamp folder containing a near-circular miniature sheet made up of 2 identical stamps and a sheetlet containing 14 stamps with attached labels, 1 My Stamp sheetlet containing 6 stamps (3 each of 2 different designs) with attached labels and a sheetlet of 6 stamps each showing a different animal of the Chinese zodiac. The stamps were designed by Leo Teck Chong and lithographed by Southern Colour Print and perforated 13.5 or 14.5 ($1.30c). Rating:- ***. This issue completes the 12 year cycle of Chinese New Year stamps in this particular design. 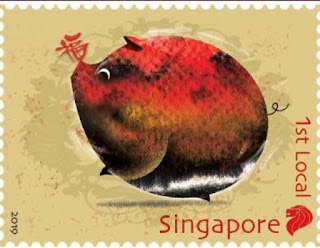 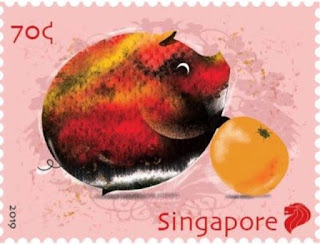 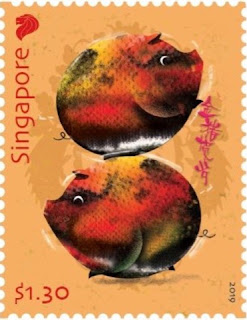 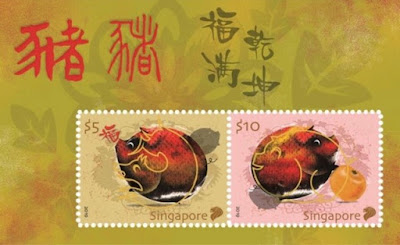 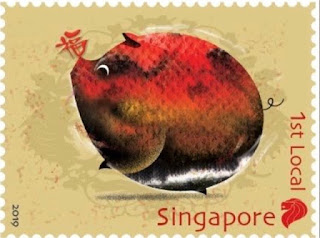 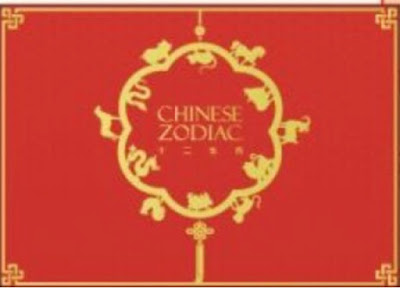 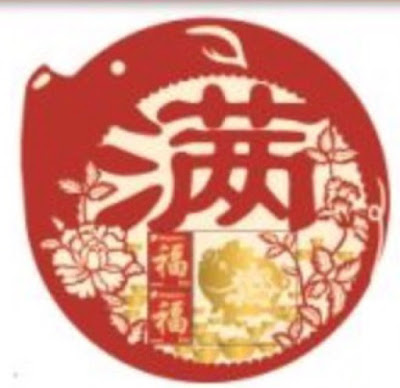 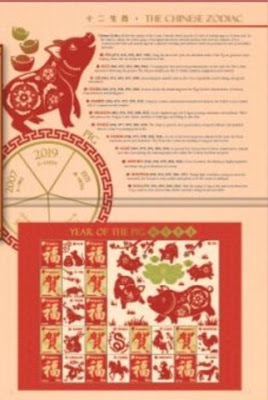 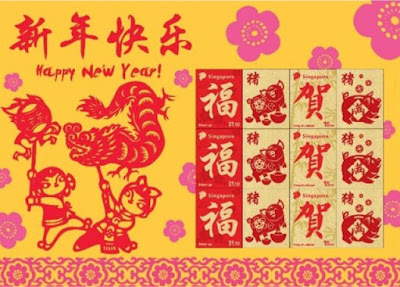 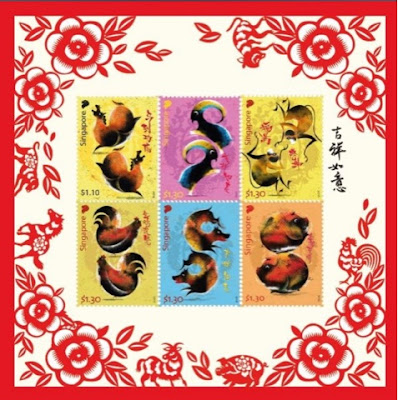 Singapore Post also released another MyStamp folder containing 9 gummed stamps with attached labels on 23 November 2018 on the subject of the 75th anniversary of the publication of Antoine de Saint-Exupéry's book, The Little Prince. The issue of this sheetlet coincides with the The Little Prince: Behind The Story which is being held at the Singapore Philatelic Exhibition until 17 March 2019. Rating:- ***. 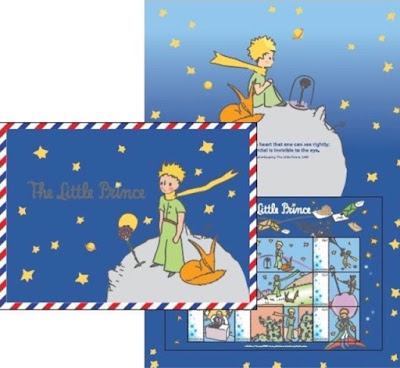 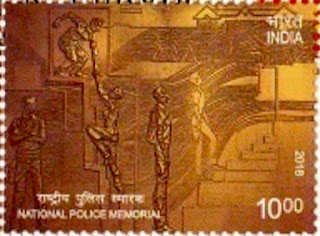 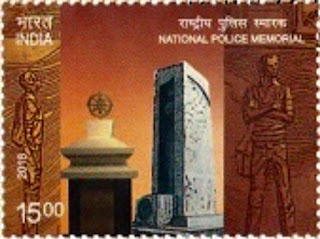 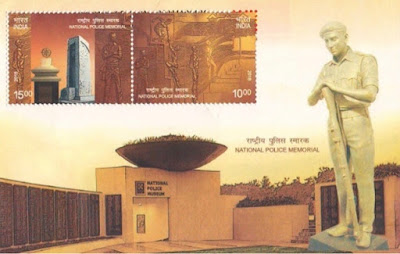 A single stamp was then released on 24 December 2018 to commemorate the Bicentenary of the Paika rebellion against the East India Company in 1817. The Paikas were peasant militias of the Gajapati rulers of Odisha and the rebellion spread rapidly but was put down after about 3 months. Rating:- ****. 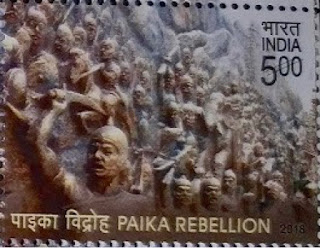 🇬🇲 In Blog 1338 I illustrated 3 miniature sheets issued by IGPC with the name of The Gambia printed on the 4 circular stamps contained within them. It appears that there was a fourth such miniature sheet also issued and it is illustrated below. Rating:- 0. 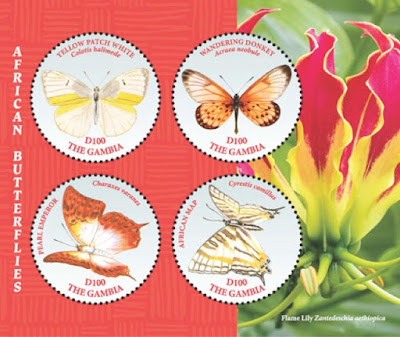 🇸🇱 Stamperija has produced a miniature sheet containing 5 stamps with the names of 5 of its client postal administrations printed on them including that of one Commonwealth territory- Sierra Leone. The product is said to have been produced in a limited edition of 900, each individually numbered, and commemorates the Centenary of the birth of Nelson Mandela with each stamp being in the style of the Pan African Postal Union omnibus series. I have not seen the Sierra Leone stamp being offered for sale as an individual item nor has the Djibouti stamp for that matter. I wonder if this will be the only source of the Sierra Leone stamp in which case it will of course not be available for ordinary postal use and therefore not worth bothering about. Rating:- 0. 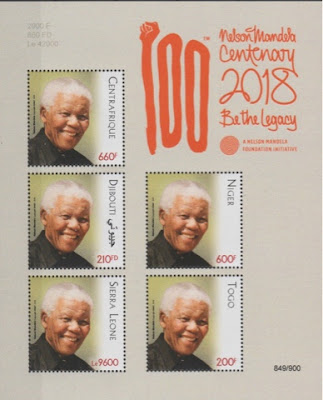 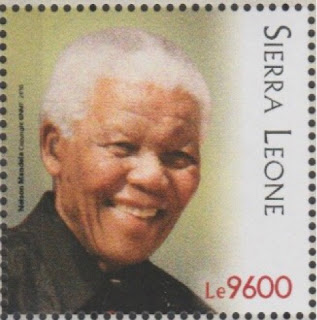