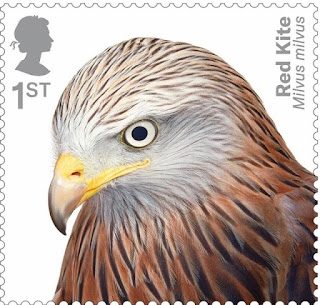 🇬🇧 Royal Mail has given some indications of the stamps it will release during 2019. The theme will be 'Best of British'.

Issues will include 6 stamps and an accompanying miniature sheet to commemorate the Bicentenary of the births of Queen Victoria and her husband, Prince Albert. A set will 'celebrate British engineering' over the last 50 years and there will be an 11 stamp set to commemorate the 75th anniversary of D Day.
A set of stamps using specially commissioned photographs by Tim Flach featuring Birds of Prey will be issued in April 2019 (species depicted include the Red Kite, Merlin, Sparrowhawk, Golden eagle and kestrel) and other depicted subjects will be 'Curious customs', Forests and Royal Navy Ships.
I assume that the Birds of Prey set will be a way of addressing the 2019 Europa theme which will be 'National Birds' though as the European Robin is generally viewed as our national bird the issue can be viewed as being only tangential to the theme at the very best since the Robin is hardly a bird of prey. On the other hand perhaps the Christmas stamps will feature robins, an unusual Europa stamp would result.
We know already that there will be a miniature sheet on 15 January to commemorate the 150th anniversary of the Royal Philatelic Society of London (see Blog 1354).
See also Blogs 1332 and 923. 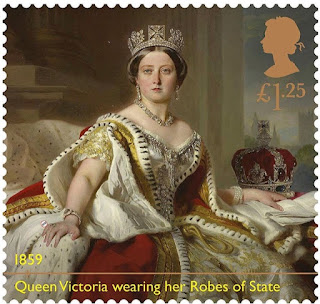 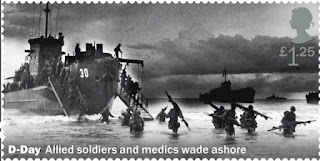 The published programme only covers stamps which are planned for issue from April onwards:- 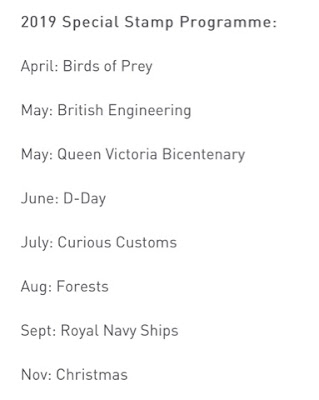