🇦🇴 In Blog 1301 I reported that Angola had indicated that it was interested in joining The Commonwealth. It seems that it has also decided that the country will allow Stamperija to be its philatelic agent. On sale this week on an Internet website are a number of items produced by the much loathed philatelic agents which have the name of Angola printed on them. It's like a spreading disease.
Fortunately the process of achieving admission to Commonwealth membership is very long winded and so, who knows?, by the time the process is finished Angola might have given up using Stamperija to produce its stamps. We live in hope. 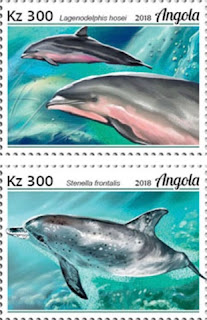 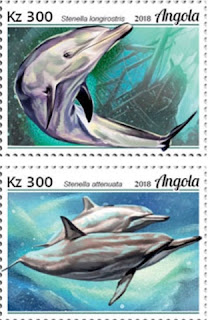 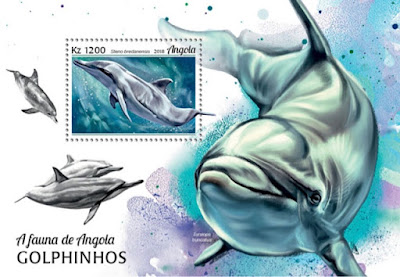 🇲🇿 Such hopes may be ill-founded as Mozambique, Angola's Lusaphone neighbour, has been a willing client of Stamperija for many years and has allowed the 'agency' to release paraphilatelic products in its name in their thousands. Among this week's latest offering from Stamperija which bear the name of Mozambique are a miniature sheet of 4 stamps and a single stamp miniature sheet on the subject of the British liberation of the Falkland Islands though why Mozambique would want to commemorate that particular historical event is another one of those modern day philatelic mysteries which make new issue collecting a more complicated and unhappy a process than negotiating British withdrawal from the European Union. 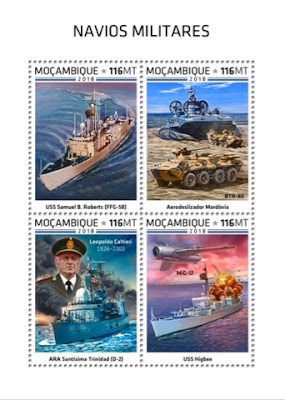 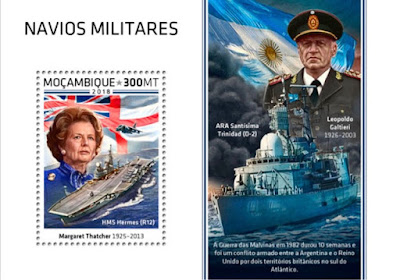 🇳🇿 If you have more money than sense, as my dear old grandmother used to say, New Zealand Post is offering you a golden opportunity to prove it by giving you the chance to buy a limited edition numbered gold foil miniature sheet of its upcoming Year of The Pig stamps. The item is on sale for an astounding NZ$1888 which is equal to £1023.92p. How on Earth they arrived at that price is beyond my understanding but some have been sold so someone somewhere must think it represents good value. Rating:- 0. 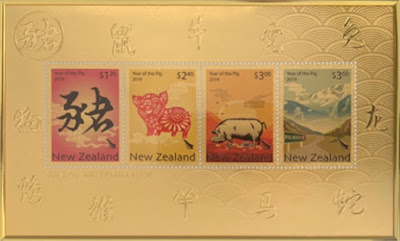 🇮🇳 India Post issued a single stamp on 13 December 2018 to commemorate the late Ustad Sabri Khan, a distinguished musician who died 3 years ago. How delightful it is to have such an interesting and colourful issue from this postal administration for a change. Rating:- ****.

🇬🇬 It's hard to understand what is the relationship between Guernsey and Chinese New Year but it's clearly an important one as Guernsey Post feels it's necessary to issue 6 stamps and 1 miniature sheet which contains all 6 stamps on 22 January 2019 to commemorate the Year of The Pig. The designs are pretty poor. Rating:- 0. 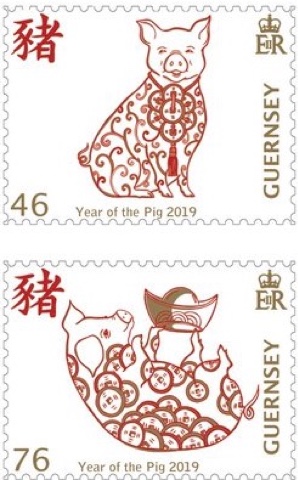 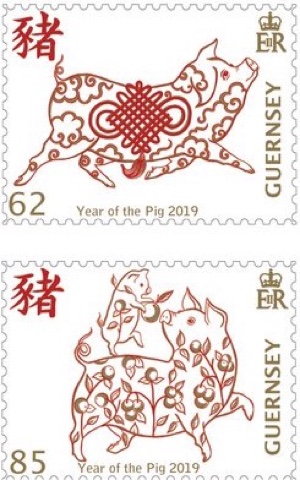 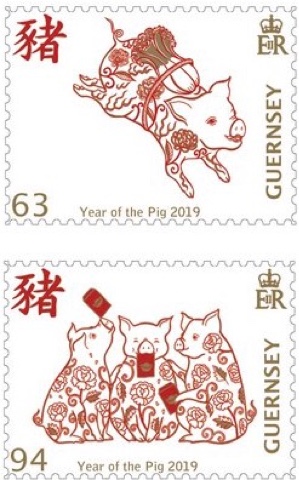