🇯🇪 After reporting the vast number of new stamp issues to be released by Australia Post in the first 2 months of 2019 in Blog 1348, we now have news of the first stamps of the new year to be expected from Jersey Post.

Previously stated to have been due for issue on 5 March 2018 is a set which includes 6 Bird stamps to represent Jersey Post's contribution to this year's Europa theme which is 'National birds'. I don't think that Jersey officially has a 'national bird' so Jersey Post has got around that slight awkwardness by labelling this set 'Birds and Symbolism'. More details to follow. Rating:- **. 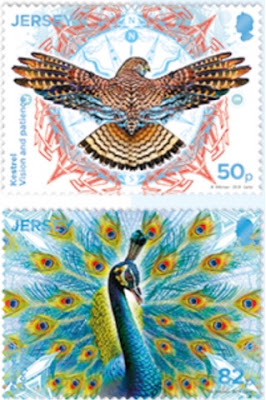 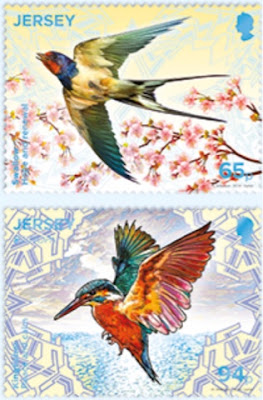 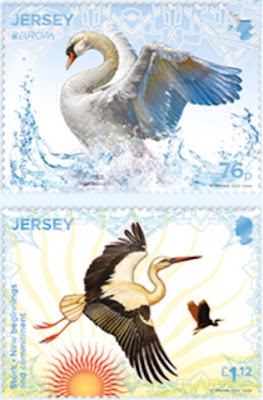 Of no relevance at all to Jersey are the stamp and miniature sheet to be released on 4 January 2019 which commemorate the Chinese New Year, the Year of The Pig, unless perhaps they like to eat a lot of bacon sandwiches on Jersey. This issue was designed by Wang Huming of Beijing. Rating:- 0. 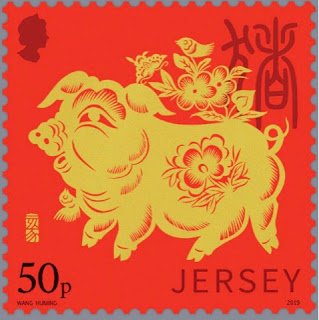 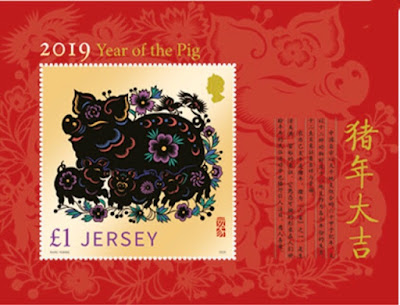