🇲🇼 Malawi Post issued a set of 6 stamps sold in a sheetlet plus 5 single stamp miniature sheets on 3 December 2018 on the subject of Vultures of Africa. I regret that Malawi Post is now issuing too many of these numerous sheet/miniature sheets combinations which are quite expensive even if they have, perhaps, a degree of appeal about them. Rating:- *. 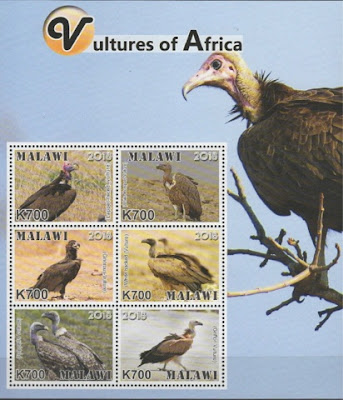 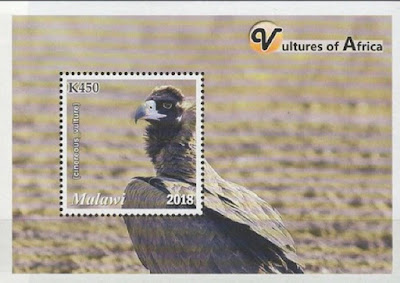 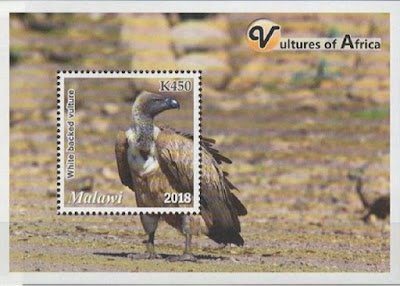 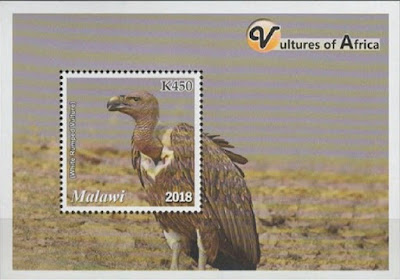 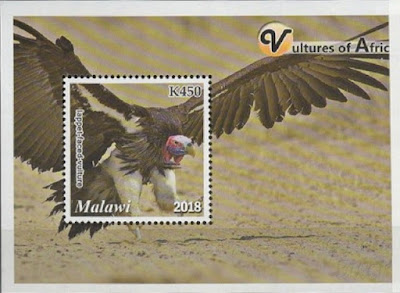 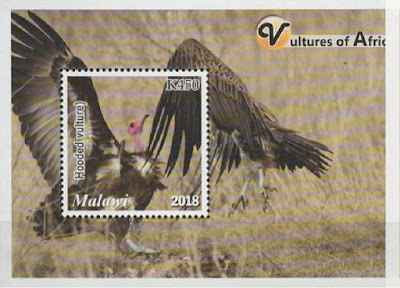 🇿🇦 The South African Post Office issued a booklet of 10 stamps (2 x 5 different stamps) on 26 November 2018 on the subject of the Big Five, the five large mammals at the top of the list of animals to see by tourists visiting the country. This attractive issue was designed by Rachel-Mari Ackermann from photographs by Ross Couper and lithographed by Southern Colour Print on self-adhesive paper with simulated perforations. Rating:- ****. 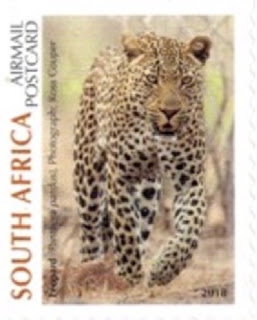 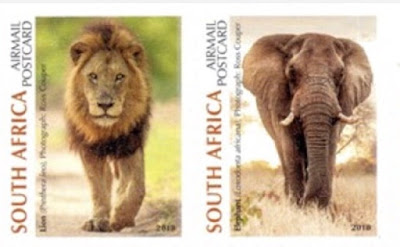 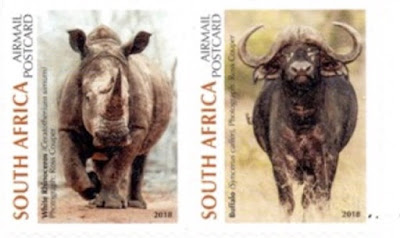 🇱🇰 There are 3 new issues from Sri Lanka Post. The first, like the rest, is made up of a single stamp. This issue was released on 30 November 2018 and is of particular historical interest commemorating as it does the Bicentenary of the Uve-Wellassa Struggle otherwise known as the Great Rebellion of 1817-18 or the Third Kandyan War.
The British had annexed the Kingdom of Kandy having taken over control of Ceylon after the defeat of the Dutch in the Napoleonic Wars. The Kandyans rebelled against British rule after some antagonistic actions by British officials and the British sent Keppetipola Disawe to put down the uprising. Unfortunately for the British Disawe changed sides and took over the leadership of the rebellion. Disawe was eventually captured and beheaded and finding that his skull was wider than usual, the British sent it back to Britain for testing and the skull was not returned to Sri Lanka until the country eventually achieved independence.
The rebellion spread in October 1817 and a British force using Malay troops marched on Uva. The uprising however involved other areas and with a dangerous situation growing worse the British set fire to some villages and homesteads. Captured rebel leaders were beheaded or exiled to Mauritius. Towards the end of 1818 the rebellion collapsed as the British brought in Indian troops to resolve the insurrection. Rating:- ****. 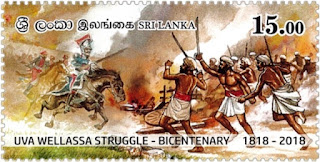 A second stamp was issued on 2 December 2018 to commemorate the Most Venerable Rathmalane Sri Dharmarama Nayake Thero (1828 - 1885) who was a Buddhist monk who founded what was to eventually become the University of Kelaniya. Rating:- *. 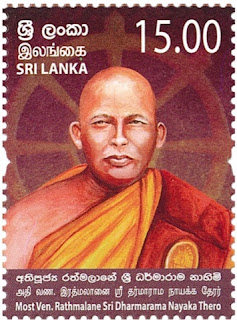 The third stamp was issued on 3 December 2018 to commemorate the visit of the Lions Clubs International president, Gudrun Yngvardottir, to Sri Lanka. Rating:- *. 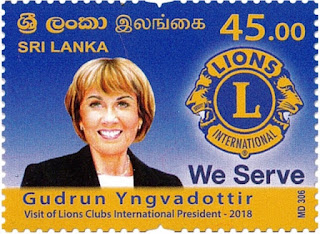