1353. 🇹🇹🇿🇼New Issues From Trinidad And Tobago And Zimbabwe.

🇹🇹 News on the release of new stamps from some Commonwealth postal administrations sometimes takes a lot of searching for. Some administrations seem to release information mainly to local audiences and ignore international collectors who might actually make up a good sized percentage of those people who might want to buy the new stamps and frequently such information is released to their local general press. One such postal admission is T & T Post, the postal service of Trinidad And Tobago, which has released news of two recent stamp issues but only, as far as I can see, on local websites so that these reports can easily be missed. The other problem is that illustrations in these reports are far from ideal in that photographs in the articles tend to concentrate on local signatories in search of self publicity rather than what the stamps actually look like so the illustrations below are not very satisfactory but the best I can do.
The first issue was released on 27 September 2018 to commemorate the 75th anniversary of the Philatelic Society of Trinidad And Tobago and is made up of a colourful and interesting miniature sheet which contains 6 different stamps as well as, possibly, the 6 stamps issued in ordinary sheets. Rating:- *****. 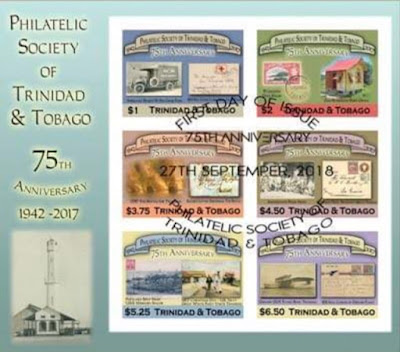 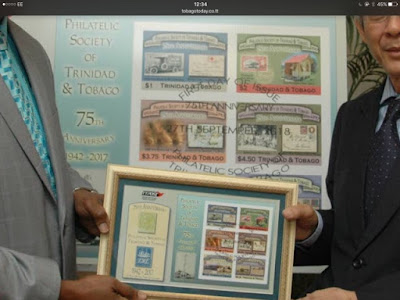 The second issue, judging by the illustrations provided in the articles in local media, seems to be made up of 5 stamps shaped like leaves and probably self-adhesive. There seem to also be 3 accompanying miniature sheets one of which contains one of the stamps, the second 2 of the other stamps and the final miniature sheet containing the two other stamps. The issue commemorates the Bicentenary of the Botanic Gardens in Trinidad and was released on 8 December 2018 (I believe). It looks like an original and attractive issue. Rating:- *****. 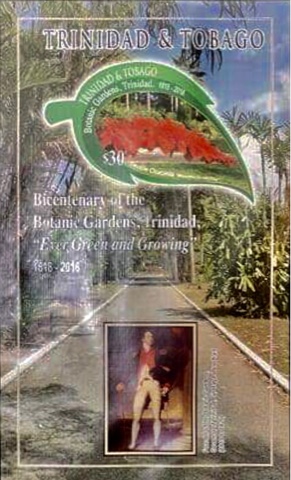 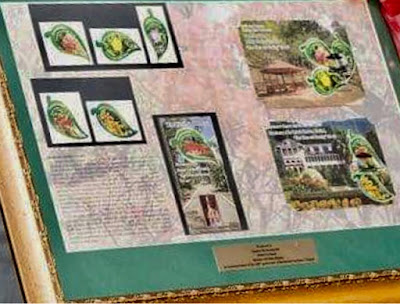 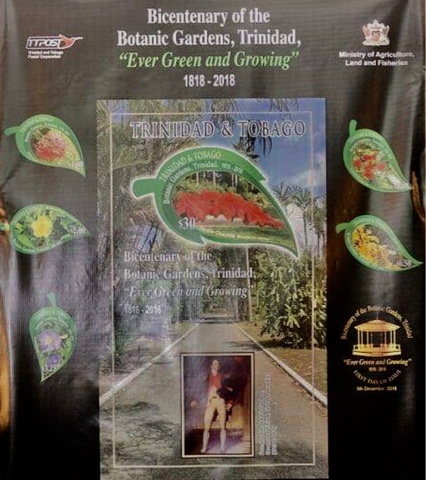 🇿🇼 Zim Post, the postal service of Zimbabwe, issued a set of 4 stamps and 1 miniature sheet on 15 October 2018 on the subject of Ladybirds of Zimbabwe. This is a neat and colourful issue. Rating:- ****. 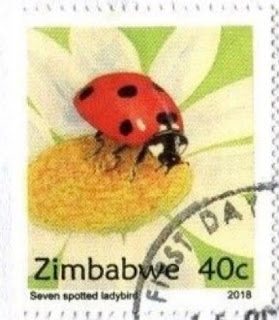 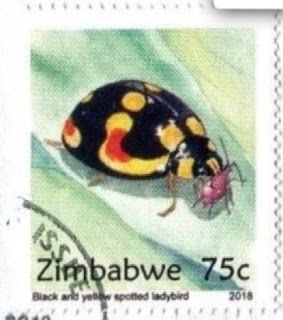 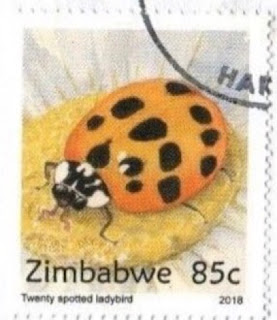 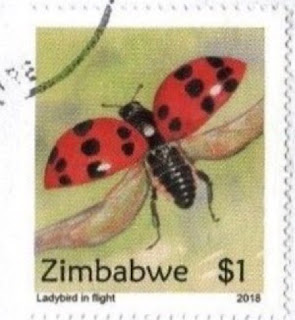 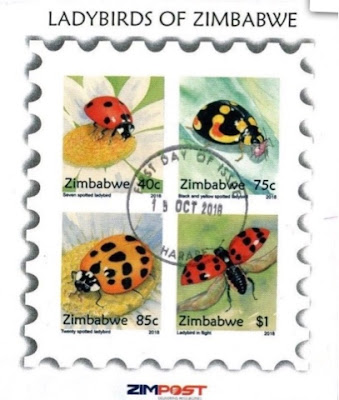 🇱🇸 A commentator on Stamp Boards has reported that Lesotho Post has issued 2 sets of stamps during 2018 - on the subjects of Insects and Tourism. The commentator has not yet been able to obtain the sets and no illustrations are yet available. A search through the Internet has failed to find any other information about these issues but Lesotho Post seems to be extraordinarily inefficient in publicising its stamp issues and equally as bad at selling them to international collectors. No doubt they will turn up eventually as does everything.
The number of Commonwealth countries which have failed to issue new stamps during 2018 therefore has shrunken quite noticeably in the past few days and the list is now made up of:- Anguilla, Belize, Brunei Darussalam, Cameroon, Dominica, Ghana, Rwanda, St. Kitts, Saint Lucia, Samoa, Seychelles, Solomon Islands, Turks And Caicos Islands, Uganda and Vanuatu giving a grand total of fifteen.