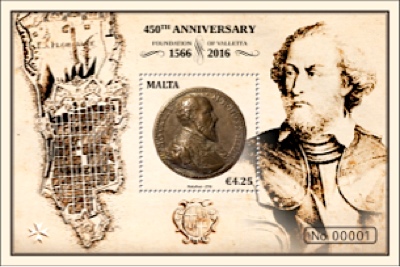 In Blog 628 I drew attention to the 28 sterling silver stamps which MaltaPost was planning to sell at a pre-release price of €398, each stamp being postally valid and having a face value of €14.15 on the subject of former Grand Masters of The Sovereign Military Order of Malta. It has now been announced that these gems of modern philately were put on sale on 24 March 2016 along with a €4.25 miniature sheet (depicted above)  which commemorates the 450th anniversary of the founding of Valetta, the island's capital. The "silver" stamps were "manufactured" by the Royal Dutch Mint.
The miniature sheet was designed by Sean Cini and lithographed by Printex. Rating:- ***. 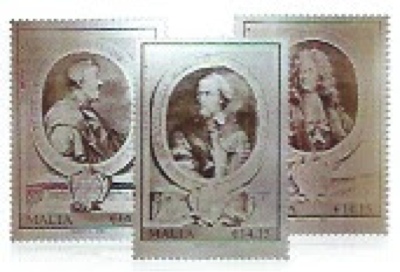 Collectors who still feel that their collections are incomplete without examples of every " Post and Go" exhibition issue will have a busy and expensive time at the end of May when Royal Mail and the postal administrtions of the offshore islands and Gibraltar load up their Post and Go kiosks and ship them out to New York for the New York 2016 World Stamp Show.
Royal Mail will be sending kiosks A011 and A012 and Collectors' strips of the Union Jack labels and the Sea Travel New York labels, both with added inscriptions, will be dispensed. In addition Royal Mail will also be selling Collectors' strips dispensed from Back Office kiosk B001 which will be different from the New York-dispensed labels. Of course Royal Mail labels dispensed in the USA have no postal validity in that country so I view the items produced there simply as Exhibition souvenirs and not as postage stamps and therefore there is no place in my collection for them since I only collect postage stamps. This applies similarly to all the stuff churned out from offshore islands kiosks.
The Royal Gibraltar Post Office will be sending kiosk GI01 off to New York and appears to be planning to sell 3 Collectors' strips - the Gibraltar Flag labels with added inscription (4 value strip of local values) and the Year of the Monkey labels with added inscription (2 Collectors' strips each of 4 values.
Jersey Post kiosk JE01 will also be in New York dispensing Jersey Flag labels with added inscriptions and Jersey Crest labels with added inscriptions. There will also be Collectors' strips sold by the Jersey Philatelic Bureau from Back office kiosk B002 for both the Jersey Crest and Jersey Flag labels with added inscriptions. Hence Jersey Post, which always seems cleverest at exploiting collectors with its numerous issues, will have 4 Collectors' strips on sale plus a cheaper Local rate strip.
Guernsey Post will be sending kiosk GG01 off to New York and will be no more modest in the number of Collectors' strips it produces than Jersey Post - there will be strips of the Guernsey Flag and "Bailiwick life" labels with additional inscription as well as Back Office labels from kiosk B002 in both designs.
Therefore collectors who want "1 of each" at the very least will have 15 Collectors' strips to buy at the very least. Good luck with that one.
But that's not all. The Gibraltar Post Office will replace its Flag design at the beginning of June with a design which depicts the local Barbary Ape so presumably there will be 3 or 4 new Collectors strips to obtain - for kiosk GI02 with the "Main Post Office" inscription and for kiosk GI03 with the "Parcel Office" inscription. Of course I view these as proper postage stamps since they are produced by kiosks easily accessible to the local mail-sending public without being restricted to a relatively short period of sale. And of course they are actually dispensed in the territory whose name appears on them.
The Royal Mail kiosk A001 situated at "The Postal Museum" in London will dispense a new Collectors' strip composed of 6 x Heritage Transport Mail Coach labels with the inscription "The Post Museum" plus the museum's logo from 1 April 2016.
Then on 15 and 16 April 2016 (2 days only!) Royal Mail will have kiosks A011 and A012 at the 87th Scottish Congress in the Dewar's Centre in Perth and will be selling Heraldic lion, Union Jack and Machin Head labels with the added inscriptions "87th Scottish Congress 2016". Jersey Post will also have kiosk JE01 at the Congress and will be selling Collectors' strips of the Jersey Crest and Jersey Flag labels with the added inscription. Not content with that, Jersey Post will also being selling its Perth labels printed by busy little Back office kiosk B002.
Hence I seem to have outlined a grand total of 26 new Collectors' strips for release between 1 April and 28 May 2016 from the postal administrations of these 4 territories. Unbelievable.
To return to the New York 2016 World Stamp Show, Royal Mail's "Post and Go" feeding frenzy is not quite the last word on the subject since Royal Mail will also be selling a "Generic sheet" of 20 x 1st stamps with attached labels (total face value £12.80 but sold for £13.30, a mark-up of 4%) from 28 May 2016. The sheetlet was lithographed by International Security Printers. Rating:- *. 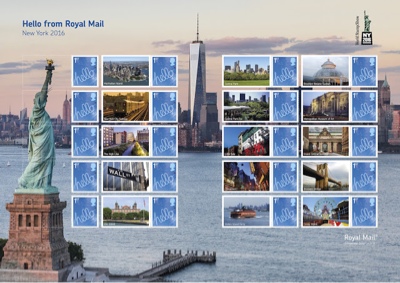 The latest output from Stamperija, said to have been "issued" on 28 January 2016, takes the form of 10 "sheetlets", each containing 4 different "stamps" and 10 accompanying "miniature sheets", all with the name of Sierra Leone inscribed on them. The overall theme appears to be "wildlife" though every creature featured on these products is not necessarily found within the borders of Sierra Leone. The subjects are Lions, Butterflies (though some of the featured animals are clearly moths, Dolphins, Killer whales, Owls, Leopards, Hippopotami, Primates, African bush elephants and Turtles. The total face value of all this is Le480000 (£84.70p). Rating:- 0. 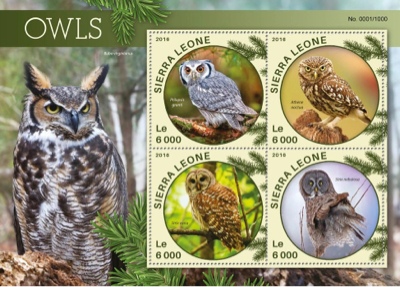 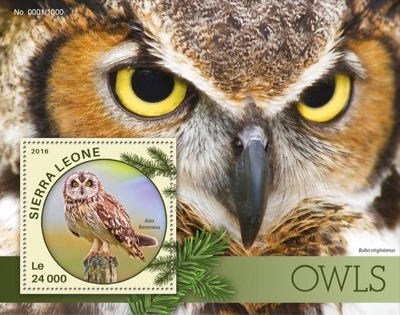 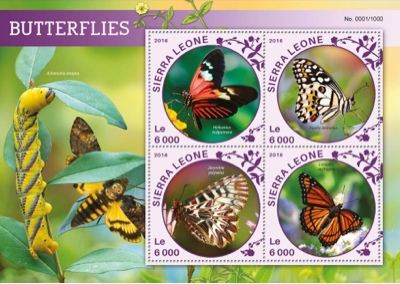 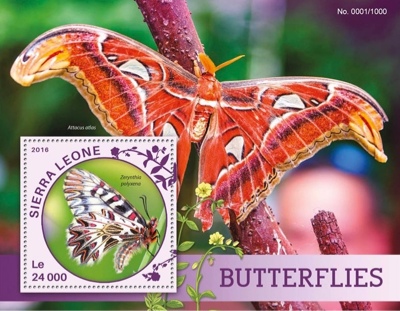 I have to observe that this particular blog has been very dispiriting because virtually every philatelic item mentioned here seems not to be worth collecting and has no real relevance to the collection of stamps defined as items which are receipts for postage paid since they are hardly likely ever to be used on ordinary mail as opposed to philatelic mail.
And the total face value , if you include the "postally valid" "silver" stamps must amount, at a rough estimate, to £600 - £700!
Posted by White Knight at 02:04