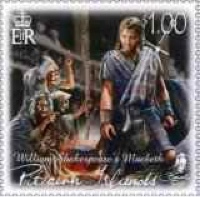 Having moaned somewhat in Blog 720 about Royal Mail's upcoming Shakespeare Quatercentenary set, my stamp-loving spirits have been raised considerably by the wonderful set of 4 stamps issued by Bounty Post (Pitcairn Island's postal administration) on 5 March 2016 which marks the 400th anniversary of Shakespeare's death. This excellent set depicts original illustrations of scenes from 4 of Shakespeare's most familiar plays - Macbeth, Hamlet, A Midsummer Nights Dream and Romeo And Juliet printed in a se-tenant strip with a valueless label depicting Shakespeare at the centre of the strip. The design is Lukas Kukler and the set was lithographed by Southern Colour Print, perforated 14.5.
This set is much more exciting and interesting to me than the Royal Mail set but design, I suppose, is all a matter of personal taste. One man's Bottom is another man's Titania. Rating:- *****. 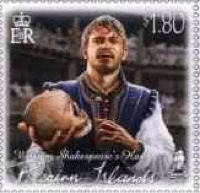 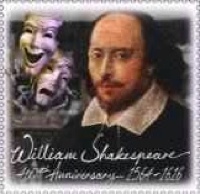 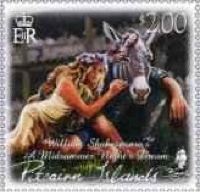 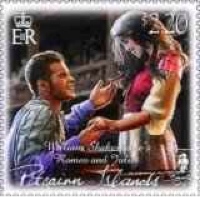 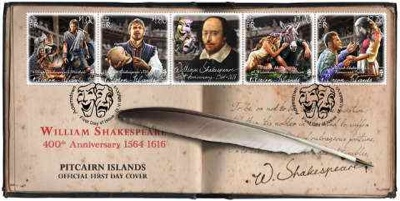 I like to collect stamps which feature subjects of local relevance to the territory whose name is printed on the stamps but there are some themes which I accept have a much more universal relevance; football, for instance is played and loved in every country effectively in the world so it's hard to complain about any territory's postal administration's issuing stamps on that subject. Likewise Shakespeare is of general relevance and  particularly to the English speaking territories so that I do not complain about any territory issung stamps on the subject of the great writer.
So from which Commonwealth territories should one hope to see stamps issued on the subject of the 400th anniversary of Shakespeare's death? Well for a start, there's Bermuda where the story of the wreck of the ship Sea Venture in 1610 is said to have been the basis for The Tempest. The Bermuda Post Office issued a set of 4 stamps about the wreck of the Sea Venture in 1971, one of which provided a nice illustration of the ship's wreck itself:- 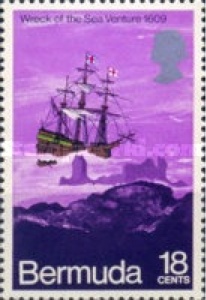 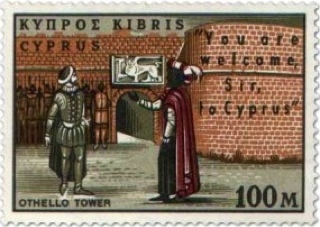 Pos Malaysia has indicated that its next stamp issue will be released on 21 April 2016, just 2 days before the Shakespeare anniversary, on the subject of "National Laureates" which suggests to me that Shakespeare might feature somewhere in that set. Sadly, it looks as though Pos Malaysia has given up its philatelic respectability with a total of 18 issues planned for 2016 with various gimmick items to accompany the sets. And another one bites the dust!
Shakespeare mentioned India in several of his plays so that may provide an excuse for an issue on the subject from India Post.
Doubtless, various philatelic agencies will feel the need to cash in on the Shakespeare anniversary - perhaps they may even be interesting and well-designed!
Philatelic Collector Inc. appears to have released more WWF philatelic items, this time with the inscription "Niuafo'ou" printed on them. The "issue" appears to consist of 4 "stamps" with white borders issued in ordinary sheets, 4 stamps issued without borders in a miniature sheet, 4 se-tenant strips of 4 different stamps issued in a sheet of 16 and 4 "de-luxe" single value miniature sheets, one for each design. The featured species is the Black petrel. I have not yet seen any publicity for this issue but these items are being offered for sale on a Internet auction site. Rating:- *. 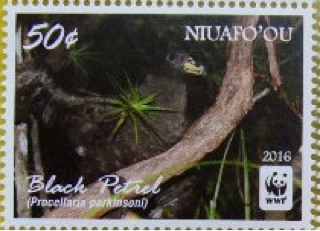 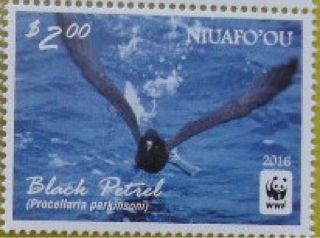 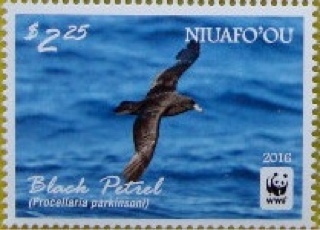 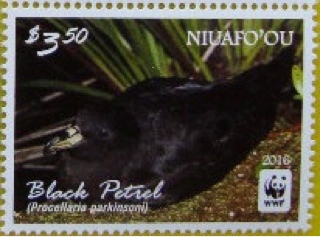 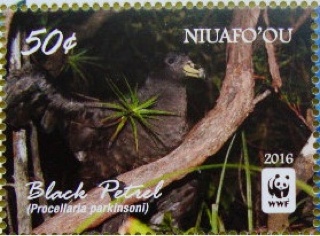 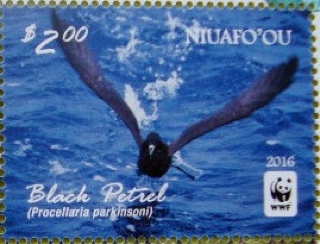 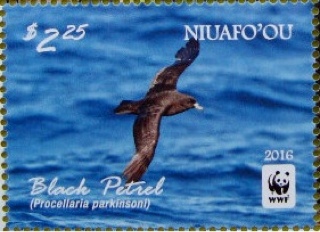 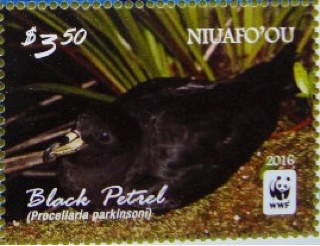 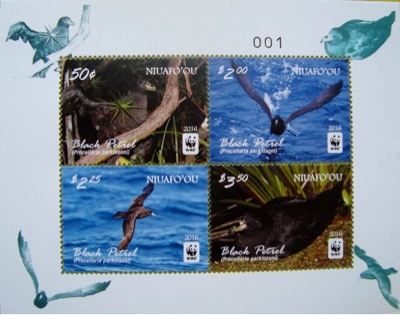 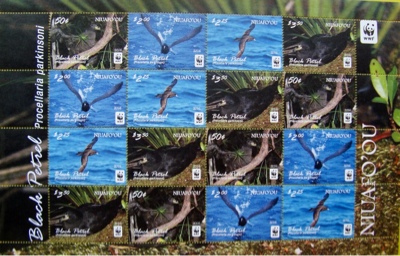 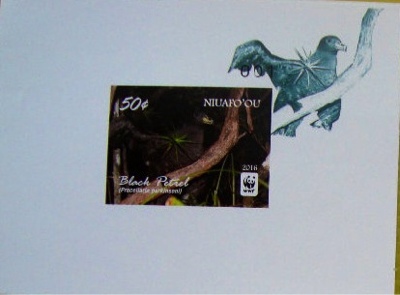 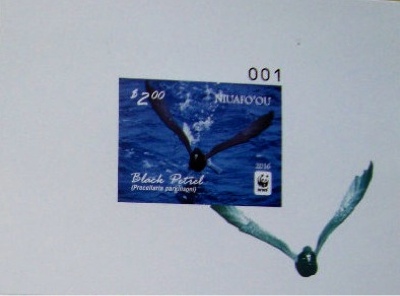 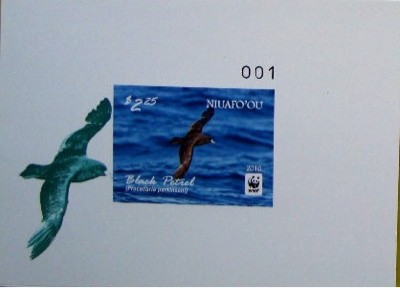 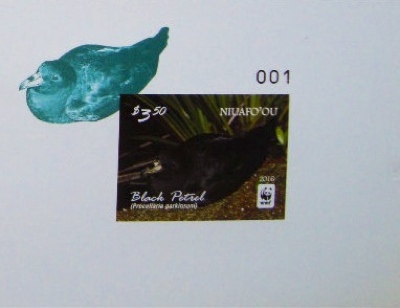 Australia Post will issue a set of 3 gummed stamps and 3 self-adhesive stamps sold in a $20 booklet of 20 x $1 on 15 March 2016. The bridges featured are located in Queensland, Tasmania and New South Wales. I have not yet seen why Australia Post is releasing this issue other than to extract $23 from stamp collectors who feel that they must keep their Australia collection complete (+ or - the "Adelaide Emergency" issue). Rating :- **. 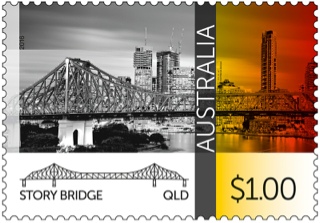 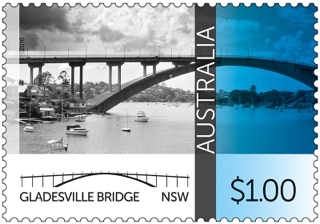 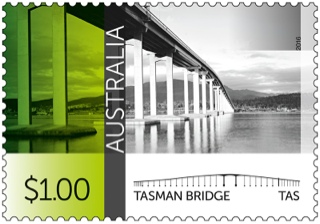 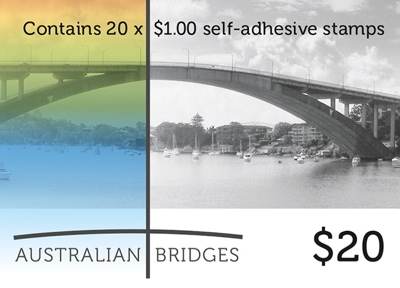 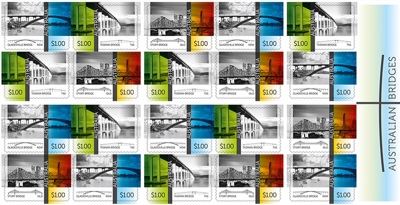