Hong Kong Post will issue a set of 4 stamps, a miniature sheet and a "Prestige" booklet on 22 February 2016 to commemorate the Centenary of Girl Guiding in the territory Rating:- ***. 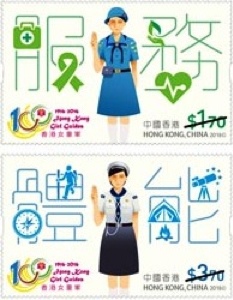 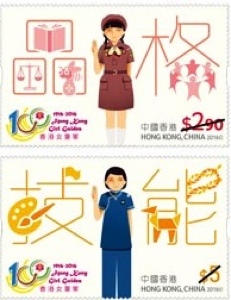 The South African Post Office issued a sheetlet of 10 different self-adhesive stamps on 2 July 2015 as the second part of its "Musicians of South Africa" series. Rating:- ****. 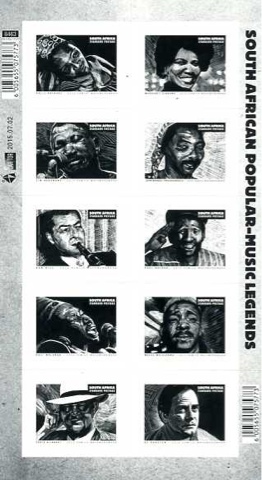 A miniature sheet has also been issued which commemorated the centenary of the Oxford University Press South Africa. Apart from having been issued during  2015, I do not yet know its precise date of issue. Rating:- *. 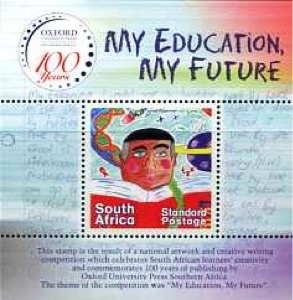 The design of the Gibraltar Post Office's new "Post And Go" stamps/labels reproduces the design of one of the "Year of the Monkey" stamps. The new design will make its appearance at the Spring Stampex exhibition in London on 17 February 2015 without any additional inscription and of course will only be on sale at the exhibition for a limited period of 4 days and have no postal validity in London where the machine will be sited. These are really therefore nothing more than exhibition souvenirs and I shall not bother to add them to my collection.
However I presume that they will also be sold from the kiosks in Gibraltar itself (at the Main post office and Parcel Office) with additional inscriptions which identify the place of sale and these will of course be freely obtainable by the Gibraltar mail-sending public and so are probably worth adding to a collection even if they are on a theme of no relevance to Gibraltar itself. Rating:- ***.

The Royal Mail "Post and Go" stamps being sold from kiosk M001 went into opeartion at RAF Northolt from 1 February 2016 and are in the form of the Union Jack and Machin Head designs with no additional inscriptions, which seems to me to be a pity. I have not yet seen any dealers offering these for sale on the Internet.