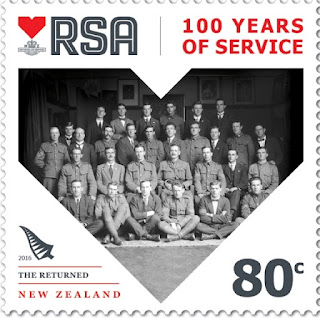 New Zealand Post will issue a set of 6 stamps and 1 miniature sheet on 3 February 2016 to commemorate the Centenary of the Royal New Zealand Returned and Services' Association. The issue was designed by Richard Payne and lithographed by Southern Colour Print. Rating:- ****. 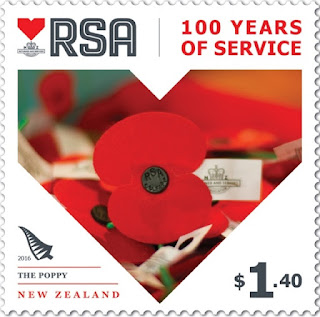 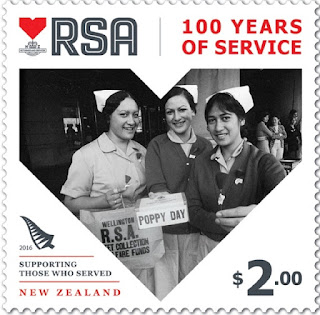 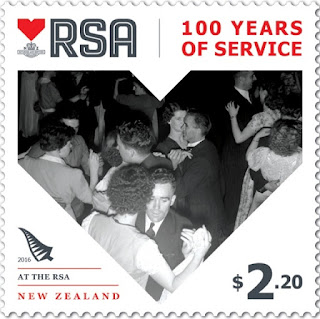 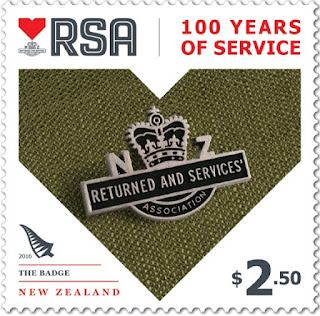 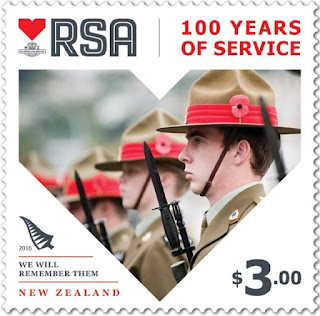 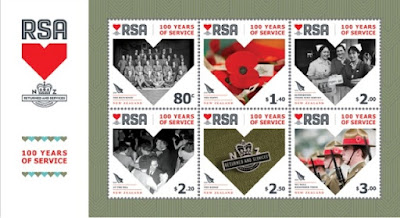 Jersey Post will issue a set of 6 stamps and ! miniature sheet which combines all 6 stamps on 6 February 2016 to commemorate the 75th anniversary of the Air Sea Rescue Service which was founded in February 1941. The set was designed by Sharif Tarabay and lithographed by Lowe-Martin. Rating:- *****. 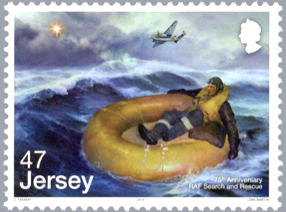 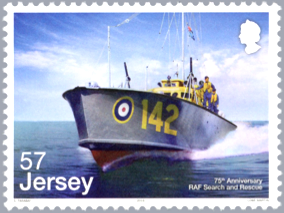 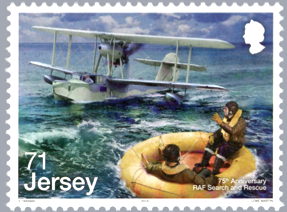 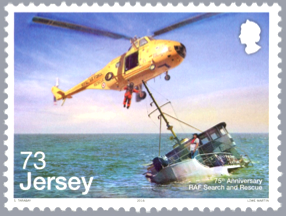 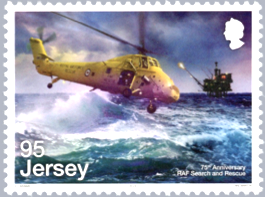 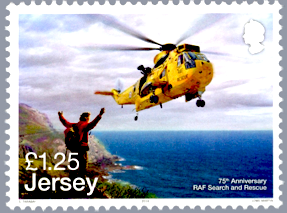 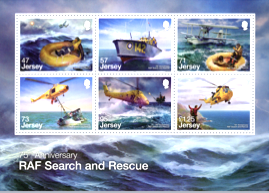 Jersey Post will issue "Post and Go" labels on 17 February 2016 in new designs at the Spring Stampex philatelic exhibition in London. The stamps will be dispensed from kiosk JE01 and will depict the Jersey Crest with the names of the 12 parishes of Jersey printed in the background and an added inscription, "500 Years of Postal History", to commemorate the alleged 500th anniversary of Royal Mail or more accurately, the 500th anniversary of the knighting of Brian Tuke, the first Master of the King's Posts.
The items dispensed from JE01 will of course have no postal validity in London and will only be dispensed for the 4 days of the exhibition. Similar labels will also be sold from the Jersey Post stand at the exhibition which will be produced by the " back office" kiosk , B002. These will also have the added "500 Years of Postal History" inscription and ofcourse will also have no postal validity in London.
Meanwhile, back in Jersey itself, kiosk JE02 in Broad Street post office in St. Helier will begin to dispense "Post and Go" stamps in the new Crest design presumably from 17 February 2016 but without the added "500 Years of Postal History" but, I expect, with the added "Broad Street" inscription. The post office in St. Helier will also sell the Crest stamps produced by back-office kiosk B002 without, I'm guessing, any added inscription at all. This suggests that "Post and Go" completists will have 4 "Collectors' strips" to buy - that is - 24 new labels/stamps. The madness continues.

Meanwhile, The Isle Of Man postal administration, whose connections with Chinese culture must be tenuous in the extreme, will not miss the opportunity to release a philatelic commemoration of the lunar new year. A miniature sheet costing £2.10 and containing a 10p stamp and a £2 stamp will be released on 20 January 2016 to commemorate the Year of the Monkey. The item was designed by Guo Zhenshan (10p stamp) and Yin Huili (£2 stamp) and the item was lithographed by BDT International. Rating:- 0.