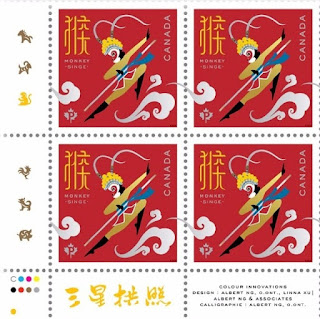 Following on from the new definitive stamps due to be issued on 11 January 2016, including the marvellous 'P' stamp featuring a wonderful new photographic portrait of Queen Elizabeth II (see Blog 691) Canada Post will release a number of items to commemorate the lunar new year, the Year of the Monkey.
The issue is made up of 1 gummed 'P' stamps (depicted in a corner block of four above), 2 miniature sheets, one containing 1 x $2.50 value as depicted above and the second, which marks the transition between the Year of the Ram/Goat/Sheep with the Year of the Monkey and 2 self-adhesive stamps, a 'P' (85c) value from booklets of 10 and a $2.50 from booklets of six.
The 'P' value will be issued on 11 January 2016 and the $2.50 will be released on 1 February 2016. The issue was designed by Albert Kai Wing Ng and Linna Xu of Toronto and lithographed by Canadian Bank Note Company.
These are colourful, immaculately designed and printed stamps and relevant to Canada, given the sizeable population of people who live there who have originated in the "Far East". Rating:- *****. 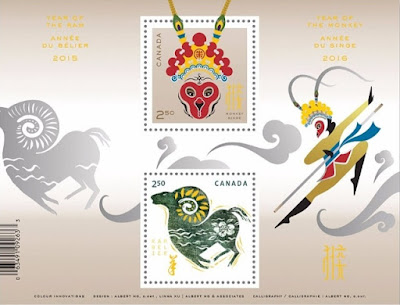 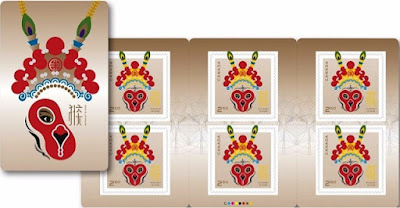 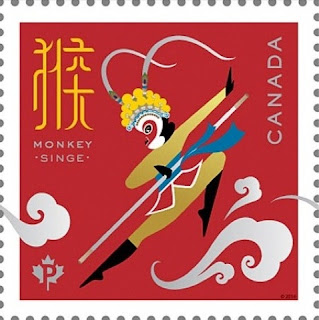 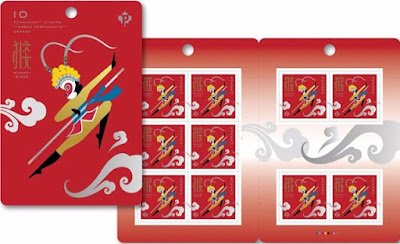 I like stamps that depict post offices and post boxes and other subjects related to postal services and  I very much like the single stamp released by Pakistan Post on 29 December 2015 to commemorate Murree general post office. The stamp was designed by Mughiz Khan and lithographed by Pakistan Security Printing Corporation of Karachi. Rating:- *****. 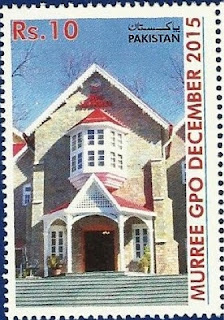 I see that Pos Malaysia is planning to release 17 issues during 2016 and that the 4th issue of the year is planned for release on 21 April. The subject of the issue is "Literary icons" and the proximity of the date of issue to the generally accepted date of the death of William Shakespeare (23 April 1516) suggests to me that the 400th anniversary of the writer's death will provide the subject matter for one of the stamps of the set.
Pos Malaysia's first issue of the year is planned for 26 January when a set on the subject of Primates will be released to fit in with the lunar new year for the Year of the Monkey.
Sri Lanka Post squeezed a final stamp issue of 2015 into the very last day of the year when it released a single stamp to commemorate the Most Venerable Davuldena Gnanissara Mahanayake Thero, the Mahanayake of the Amapura Nikaya, one of the 3 main sects of Sri Lankan Buddhism which was founded in 1803. Rating:-***. 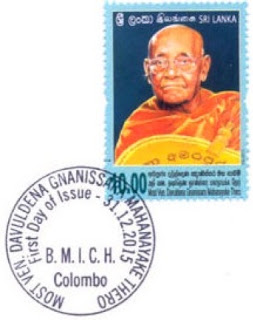