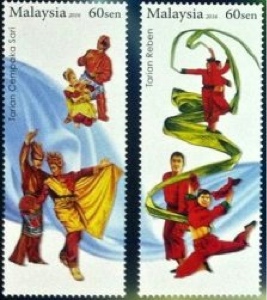 The next issue to be released from Pos Malaysia will be a set of 5 stamps and a miniature sheet on the subject of "Traditional Dance Part 2". This interesting and attractive set was originally included in the planned 2015 programme but has been put back to 3 February 2016. The miniature sheet will combine the designs to make up a single montage. Rating:- *****.
Sadly, no Bruce Forsyth or his Malaysian equivalent! 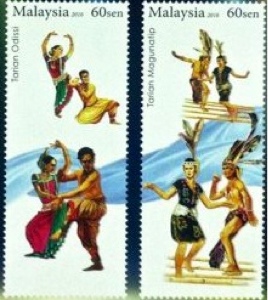 Below are illustrations and more details of upcoming issues from An Post, the postal administration of Ireland which were mentioned in Blog 701:-
28 January 2016 - 50th anniversary of the Irish Heart Foundation - 1 stamp - Designed by Ger Garland and lithographed by Cartor. Rating:- **. 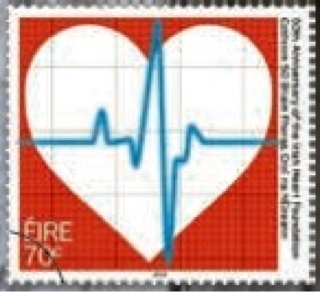 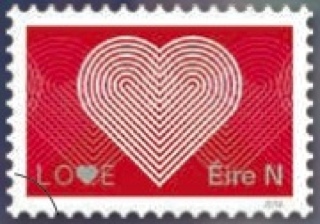 25 February 2016 - St. Patrick's Day - 1 stamp. Designed by John Kindness and Steve Simpson and lithographed by Cartor. I like this unusual depiction of Patrick as a young man - original and nicely executed. Publicity for the issue tells us that Patrick was born in Britain around 386 and was originally named Maewyn Succat, the son of Calphurnius, a deacon of a high ranking Roman family, and Conchessa, a close relative of St. Martin of Tours. He was also the grandson of another clergyman, Pontius. Rating:- *****. 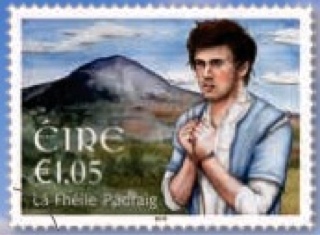 10 March 2016 - Dogs - 4 stamps. Designed by Detail Design Studio and lithographed by Cartor. Splendid depictions of Irish dogs - the Irish wolfhound, the Irish setter, the Border collie and the Kerry Blue terrier but I wish the whole portrait of the dogs had been used rather than depicting only half of the portrait. Rating :- ****. 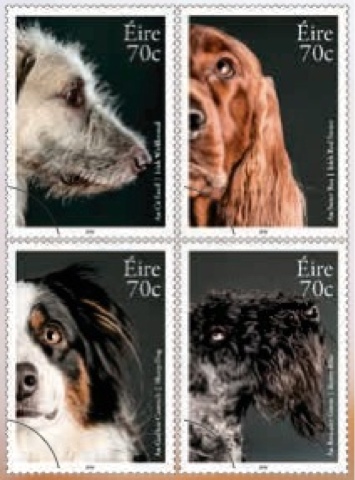 In Blog 697 I mentioned the sheet of 110 different stamps which was released by the US-based philatelic agency, IGPC, with the name of Grenada inscribed on all of the "stamps". The subject of the products had nothing to do with Grenada since each "stamp" depicted the former leader of The People's Republic of China, Deng Xiao Ping, and appeared to commemorate the 15th anniversary of the return of Macao to Chinese sovereignty. In a comment on the Blog, Stewie1911 pointed out to me that the IGPC  website did indeed show this issue and gave the alleged "date of issue" - 8 December 2014.
I now illustrate the entire sheet of 110 "stamps" plus the complete sheet broken up into sections - it's an outrageous product but it's also fascinating to see how each of the 110 portraits of Deng Xiao Ping, starting at the upper left of the sheet and moving down the bottom right, depict portraits in which Deng moves from youth to old age. Clearly intended for sale in the Chinese philatelic market, I wonder if a single one of these "stamps" has actually ever been sold in Grenada itself. 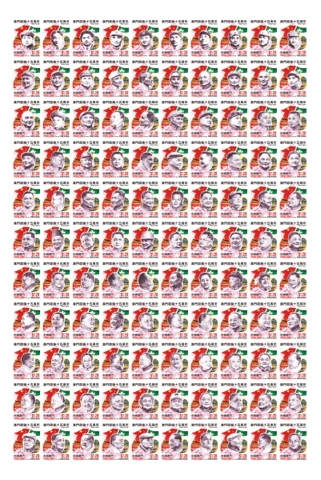 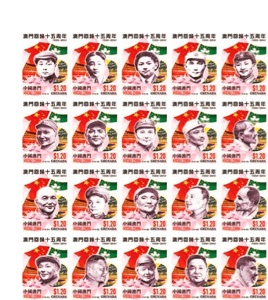 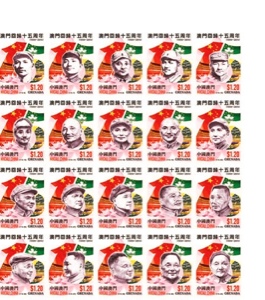 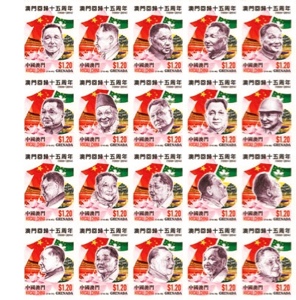 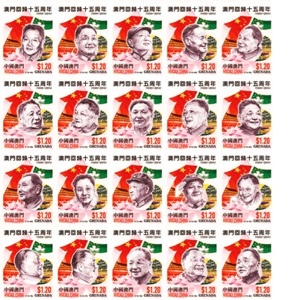 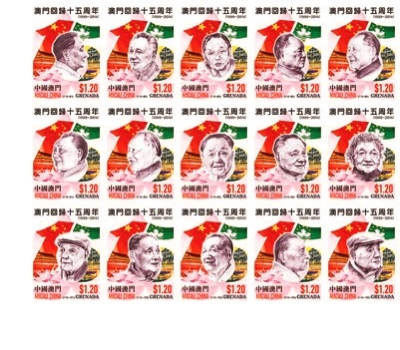 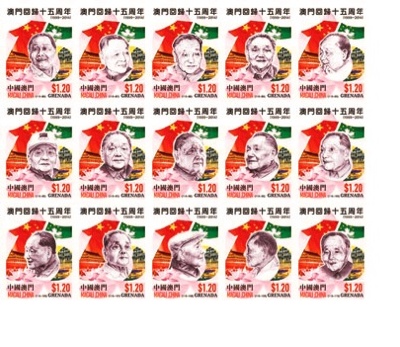