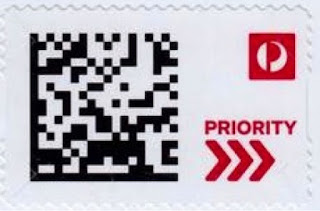 The postal administration of the Turkish Republic of Northern Cyprus released a set of 4 stamps on 23 November 2015 on the subject of the traditional production of a dessert called almond macun. The dessert itself appears to be featured on the TL 2 value and very appetising it looks too. I like these stamp issues which give one an insight into the local culture of various territories though these designs seem to clearly point to the production of the dessert to be an entirely female occupation. I suppose the men are the ones who sit around and eat it!
Wikipedia tells us that macun is traditionally served at festivals, may be vividly or brightly coloured and can be flavoured with a range of herbs, spices and fruits including bergamot, cinnamon, plums, mint, rose and lemon.  Rating (the stamps, not the dish):- ****. 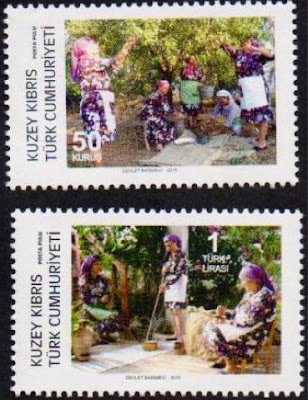 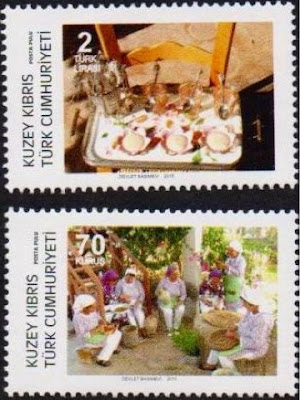 Previously, the Turkish Cypriot postal administration had released a set of 4 stamps on 12 October 2015 which depicted ancient artefacts which had allegedly been smuggled out of the territory. A very interesting set indeed. Rating:- ****. 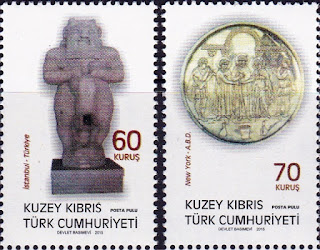 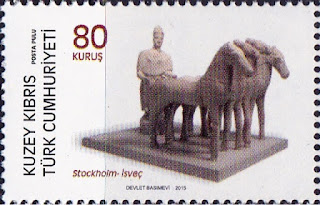 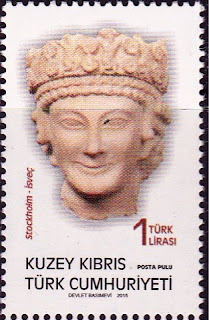 To use the "Regular" service which according to the above could take up to nine days to be delivered (since only 'Business days' are included in the delivery times and at least 1 weekend must fall into the planned delivery period), the sender need only apply a $1 postage stamp to his envelope and then post it in a standard red post box (the postage rate has been raised from 70c to $1).

To use the dubiously named "Priority" service the sender must first apply a $1 stamp to his envelope and then stick a 50c "Priority label" alongside the $1 stamp and then post his mail in a standard red  post box.
The self-adhesive "labels" are issued in sheetlets of 10 and booklets of 5 should not be postmarked or else the item of mail is to be moved from the priority to the regular mail service. Priority labels are not for use on international mail.
It seems to me that these Priority item indicators should quite reasonably be called postage stamps rather than simple labels since they are receipts for the pre-payment of postage, or at least part of the postage, and therefore fully fulfill the definition of a postage stamp. It was possible to buy the Priority stamps from 14 December 2015 although examples are known to have been bought and used on covers from late November onwards. 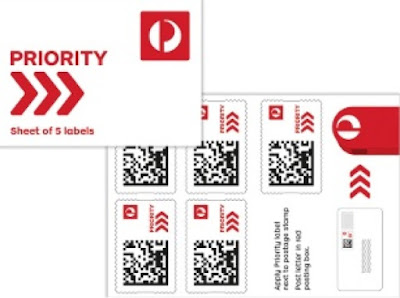 The release of this Priority stamp seems to me to be an important event since it is to be used on mail as part of a new development in the evolution of mail services in Australia. I feel I should an example of these items to my collection.

Interestingly, Australia Post has stated that it will reduce the planned number of stamp issues for release during 2016 to help collectors since the rise in postal rates would impact on collectors. "In response to feedback regarding the cost of collecting I would like to ensure you that we will be making every effort to minimise the proposed stamp price increase impact through a reduction in the initial planned number of stamps to be released. This will ensure that the value of stamps released during 2016 will be only marginally higher than in 2015".
So, after the outrageously excessive number of issues with their associated costs released during 2015, Australia Post still intends that the value will be higher in 2016 (yes, but only marginally !).
And just how will Australia Post address collectors' concerns. We can gain an inkling from the issues announced to be released during January and February 2016:- 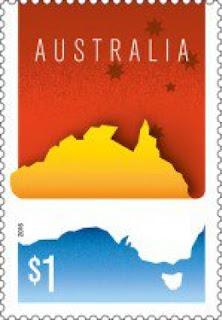 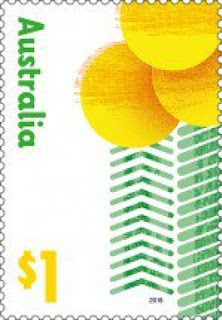 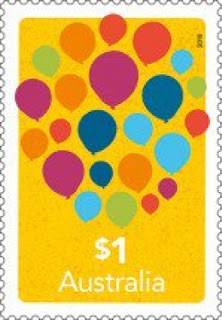 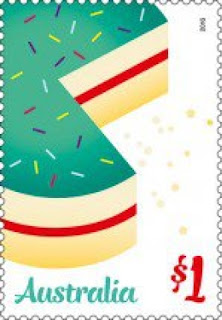 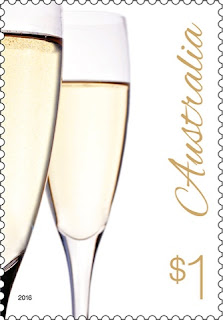 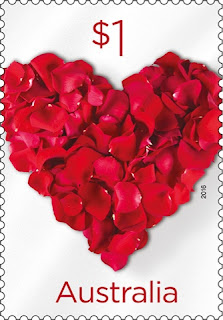 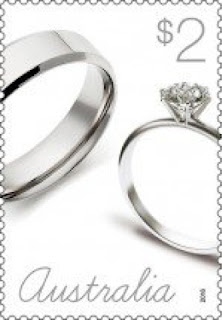 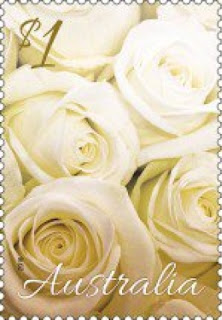 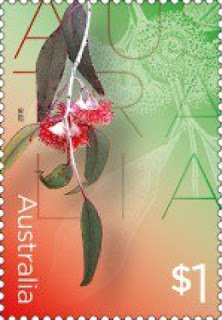 9 February 2016 - 50th anniversary of the Introduction of decimal currency - 1 x $1 stamp and 1 x $20.95 Prestige booklet. The total cost to collectors for this issue therefore is $21.95. Designed by Melinda Coombes of Coombes-Whitechurch Design and lithographed by Egotrade.

So, in the first 2 months of 2016, the collector of Australia Post stamps who just must buy every thing (not including first day covers and all the other paraphenalia) will need to fork out $329.85 (£160) to reach their goal. Good luck with that.