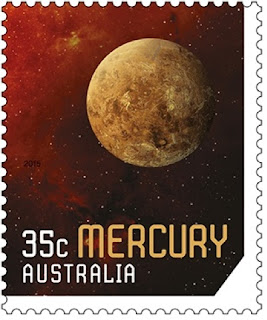 Australia Post issued a set of 8 stamps and 1 miniature sheet on 22 September 2015 to mark "Stamp Week" and the subject is "Our Solar System". The stamps were designed by Jo Mure and lithographed by EGO Print. The cost of these items will be $9.80 but, as often happens, the price is boosted by the release of a $7.00 booklet of 10 x 70c stamps (in just 2 designs) and a booklet of 20 x 70c self-adhesive stamps (in 2 more different designs) sold for $14.00.
Additionally the two 35c values are sold as a gummed se-tenant pair and can be obtained by buying a sheetlet of 50 (25 of each design) at a cost of $17.50c.
Anyone feeling unable to resist buying a "complete collection" of the above will therefore need to fork out $48.30c. Rating:- **. 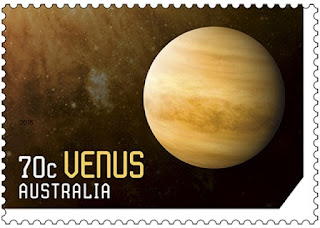 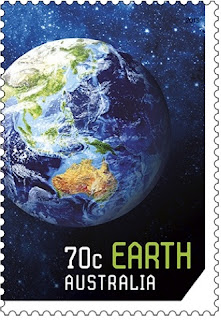 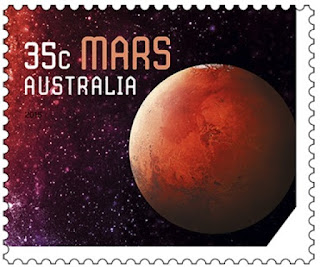 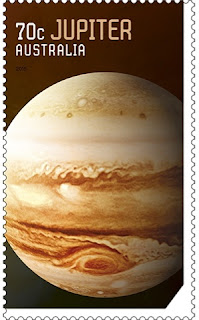 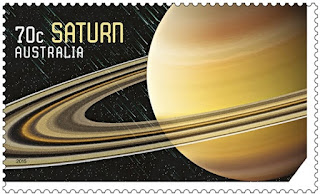 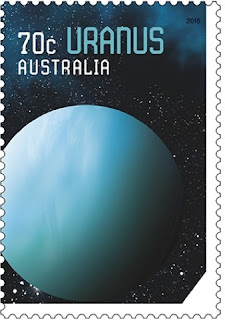 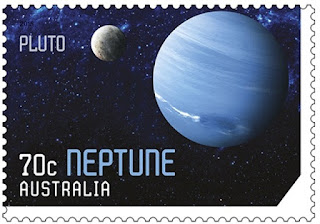 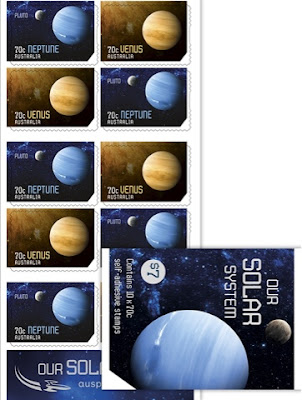 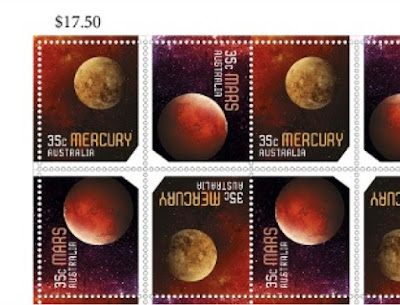 In the Catalogue column included in the latest edition of Gibbons Stamp Monthly (October 2015) the editor has relegated another 33 Commonwealth stamp issues to the Catalogue's appendix section hence not according full catalogue status to the items. All of the philatelic products to suffer this fate have been released by IGPC and are inscribed with the names of Dominica, Grenada or Grenada Carriacou And Petit St. Vincent and were released on to the philatelic market in 2013 or 2014.

The philatelic products which have been banished to the Catalogue's appendix all appear to feature subjects which have little or no relevance to the territories whose names are inscribed on them. This is all excellent news for collectors as many slavishly try to collect everything that is included in the full listing of the catalogue and if such items are not accorded full catalogue status then collectors feel less compelled to buy such items.
By adopting this policy, the Gibbons Catalogue editor appears to be leading the way in the fight back against excessive issuing of new stamps. It would be pleasing if he took the bold step of turning his attention to more popular philatelic entities such as the British offshore islands or Australia (the latest issue detailed above illustrates the problem) where the proliferation of new stamp issues in the past couple of years has been scandalous. A number of issues from The Channel Islands and Isle Of Man have little or no relevance to those territories so to be consistent throughout the catalogue logically the editor should really treat those territories in a similar way as the excessive products emanating from New York or Lithuania.

Issues consigned to the Appendix include:- Dominica Cats 2013 - 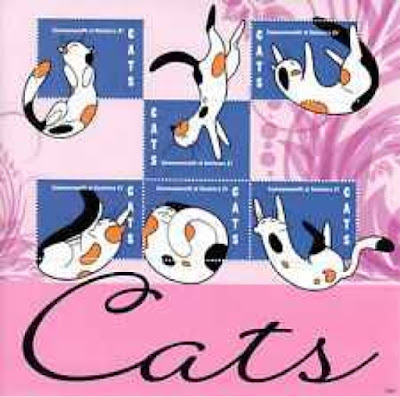 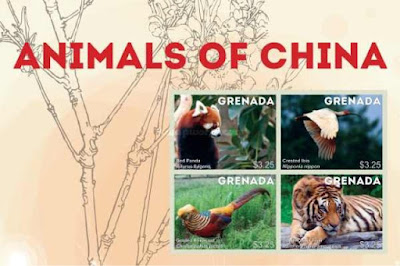 More philatelic products which presumably will not find a place in the Gibbon's Catalogue main listing have been released by the Lithuania-based philatelic agency, Stamperija. These items are inscribed with the name of Solomon Islands. This issue is made up of the usual 10 sheetlets each of 4 different "stamps" plus 10 accompanying "miniature sheets". The subjects depicted on these products are:- Rugby, The Journeys of Pope Francis (not including a visit to Solomon Islands, one notes), The Red Cross in Solomon Islands, Tennis, Scouting, Paintings by Jean-Francois Millet, Paintings by Vincent Van Gogh, Chess, Elvis Presley and Paintings by Camille Pissaro. The stated date of issue of these philatelic gems is 3 September 2015. Rating:- 0. 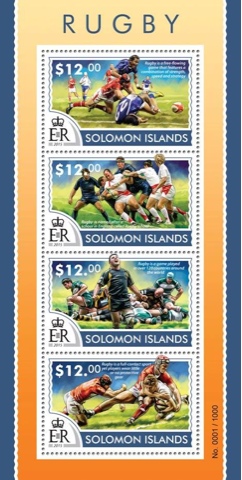 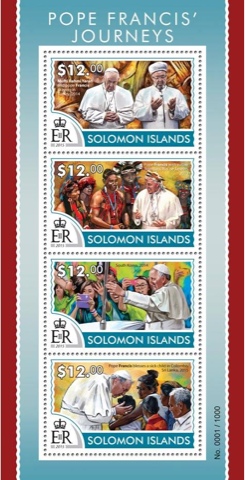 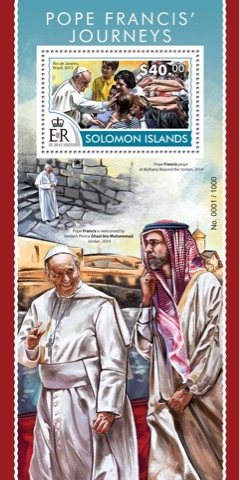 Singapore Post issued 2 stamps and 1 miniature sheet on 18 September 2015 as part of a joint issue with Thailand which featured designs on the subject of desserts. Rating:- ****. 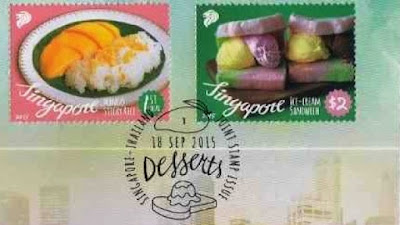 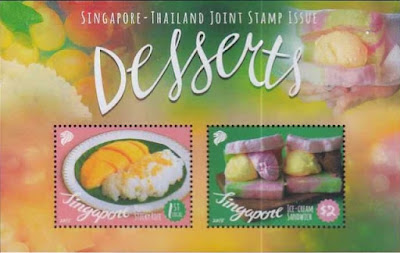 During August 2015 Singapore Post also introduced a new design for its automated teller machine stamps to commemorate the 50th anniversary of Singapore's independence. The lowest pre-set value is the 1st Local (30c) with other values including the 2nd Local (37c), 50c, 60c, 70c, 80c, $1 and so on. rating:- ****. 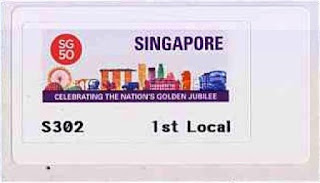