Some may regard the silence surrounding the "Long To Reign Over Us" issue from Royal Mail as having been rather silly - for collectors at least there has been not even been a suggestion that a new stamp issue was due on 9 September 2015. Having said that of course most keen stamp enthusiasts were more than aware that a new definitive, a miniature sheet and a booklet were due for release to commemorate the historic day when Queen Elizabeth II became the longest reigning monarch of England, Great Britain and The United Kingdom in history.
Some may wonder if the centre point of the issue (for details see Blog 622) - the miniature sheet - is exciting enough to be worth all the (lack of) fuss. Royal Mail hoped to achieve maximum impact by revealing the existence of the issue on the actual day of the event. I suspect the news of a stamp issue (how much does the general public really care about stamps nowadays?) won't be that high up on the general public's agenda and I don't foresee a tidal wave of citizens filling the streets and besieging their local post offices (if they still have a local post office) to obtain their own personal example as a souvenir to be handed down the generations as a family heirloom and souvenir of the historic day. Those days are long past.
Myself, I really can not decide what I think about this new miniature sheet. It's nice to have an original   approach to the subject as almost every other territory which is commemorating philatelically this event has relied on giving us designs based on paintings and photographs of The Queen in different stages of her life. But the overall impact of the "Long To Reign Over Us" miniature sheet really isn't all that exciting or eye catching. And to be honest, and I know it is a royal, even imperial, colour - I've never liked purple!
Congratulations to The Queen on her achievement in becoming our longest reigning monarch and long may her portrait continue to appear on British stamps.


Finally, if Royal Mail has commemorated this royal anniversary on 9 September, what is to be the subject of the mysterious issue to be released on 6 October 2015? My bet is that it will commemorate the 60th anniversary of ITV (Independent Television) and will feature the extremely long-running soap opera "Coronation Street". We should find out next week I suspect.

With many favourite British television programmes having made appearances on British stamps over the years the fact that Coronation Street has not been featured to date seems like a big omission and a massive missed opportunity for philatelic sales (when the British public was given the chance to vote for a soap opera stamp on the 50th anniversary of ITV in 2005, "Emmerdale" emerged as the winner rather surprisingly). The issue due in October may well be the time when Royal Mail joins up with ITV (just as it did with BBC to produce the immensely popular Dr. Who stamps in 2013) to cash in on "Coronation Street". 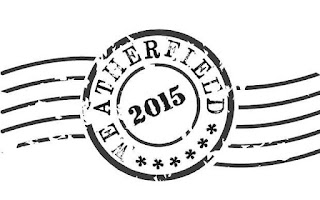