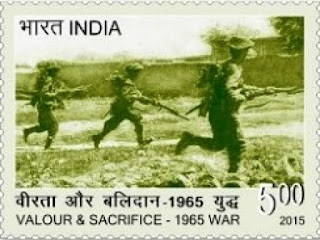 The latest new issue from India Post is a set of 3 stamps released on 15 September 2015 and titled "Valour And Sacrifice" - in commemoration of the 50th anniversary of the war between India and Pakistan during August and September 1965. The stamps were lithographed by Security Printing Press, Hyderabad.
It has certainly been a year of philatelic commemorations of war and conflict - The First World War including the Gallipoli Campaign, The Second World War including The Battle of Britain and the Napoleonic Wars with the Battle of Waterloo. It appears that there will be no commemoration of the 600th anniversary of the Battle of Agincourt but next year, one expects, there should be an issue from Royal Mail to commemorate the 950th anniversary of the Battle of Hastings. It occurs to me that the War of 1965 between Pakistan and India is the only war ever fought between 2 current members of The Commonwealth although there have been a number of civil wars within Commonwealth countries during the period of The Commonwealth's existence. See also Blog 635. 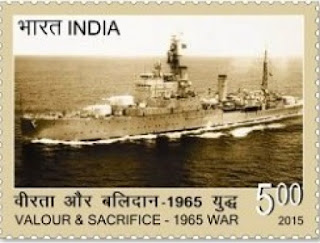 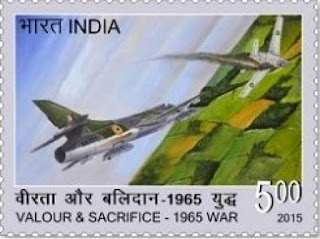 The Barbados Postal Service has announced that it will soon release a new definitive series titled "Builders of Barbados" which will depict "those who made the nation of Barbados into the country we have today". No illustrations of these new stamps are yet available.
I have not yet seen the Kiribati set of 4 stamps issued on 17 July 2015 to commemorate the Singapore 2015 Stamp Exhibition (see Blog 602) but I see that the 40c on 90c surcharge value is being offered for sale on E Bay with the surcharge and overprint inverted:- 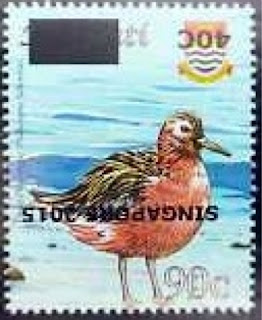 The Zimbabwe postal administration, Zimpost, issued a set of 4 stamps on 30 July 2015 as the latest part of its annual "Heroes of Zimbabwe" series. Rating:- **. 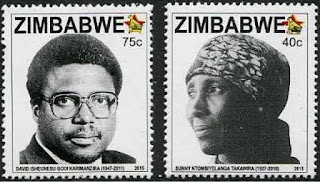 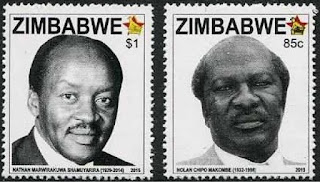 The Royal Gibraltar Post Office issued a single 80p stamp on 21 September 2015 to commemorate the inauguration of The University of Gibraltar. The issue was designed by Stephen Perera and lithographed by BDT International Security Printers. Rating:- ***. 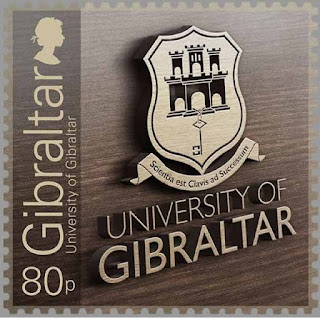