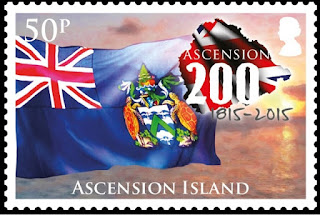 The postal administration of Ascension Island will issue a set of 4 stamps on 22 October 2015 to commemorate the Bicentenary of the establishment of British rule on the island. Again this is yet another excellent set of stamps from the stable of Pobjoy Stamps/Creative Direction and designed by Bee Design and lithographed by BDT. I like the choice of subjects used in the designs - thus we have the first king of Ascension - George III - and its present monarch - Queen Elizabeth II as well the coat of arms and flag of the territory. All very clear, colourful, attractive and interesting. Rating:- *****. 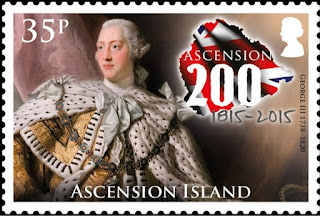 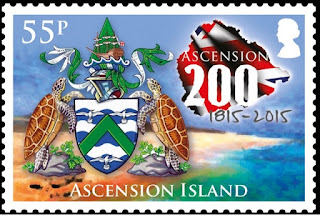 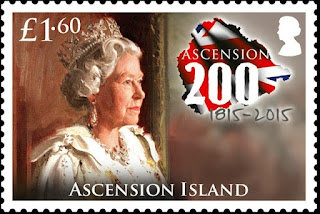 Now I can count to 10 in Tokelauese. How many people can do that? The clever new issue from the Tokelau postal administration is in a form of a sheetlet of 10 stamps - each one dedicated to a number from one up to ten and each including the respective number in Tokelauese. The issue commemorates Tokelau Language Week and will be released on 13 October 2015 along with 2 accompanying miniature sheets. The issue was designed by New Zealand Post and lithographed by Collectables and Solutions Centre, Whanganui. Rating:- *****. 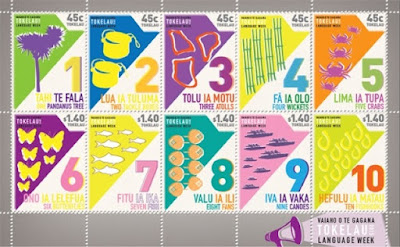 Hongkong Post will issue a single miniature sheet on 30 September 2015 to commemorate the re-location of the Court of Final Appeal. Rating:- ***. 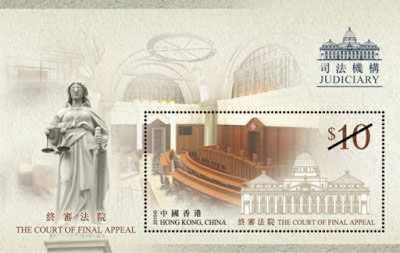 In Blog 630 I mentioned a sheetlet and miniature sheet issued by IGPC in the name of Papua New Guinea to commemorate Singapore 2015 and it appears that a second miniature sheet was also released and it contained 2 stamps with the designs in gold ink. Rating:-**. 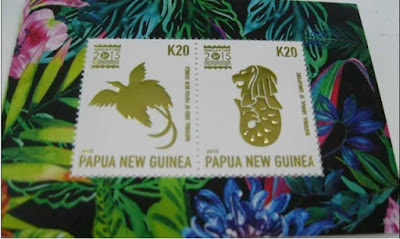 Yet more stamps from Jersey Post - this time a set of 8 stamps on the subject of Jersey in the autumn season. The set, due to be issued on 15 October 2015, was designed by Andy Le Gresley and printed in lithography by Enschede. It's an attractive and well-designed issue but what is the point of it given how many other issues Jersey Post has already issued this year? Rating:- ***. 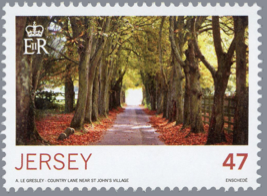 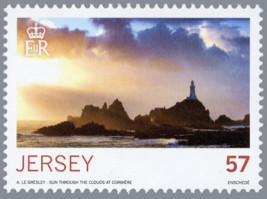 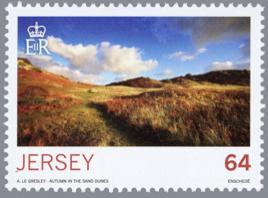 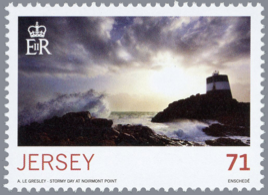 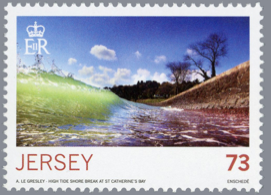 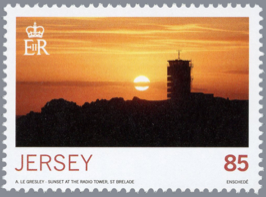 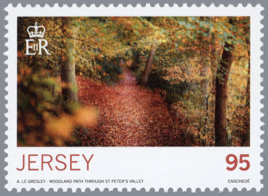 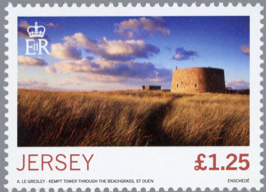 Meanwhile, the Isle Of Man Post Office has announced that it will issue 5 self-adhesive Christmas stamps on 23 October 2015 to additionally commemorate the 250th anniversary of the publication of the first edition of The Manx Prayer Book by Bishop Phillips. The stamps were designed by Julia Ashby-Smyth and printed in lithography. Rating:- ****. 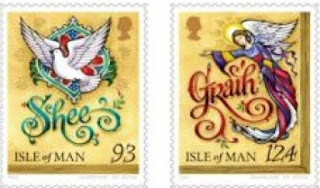