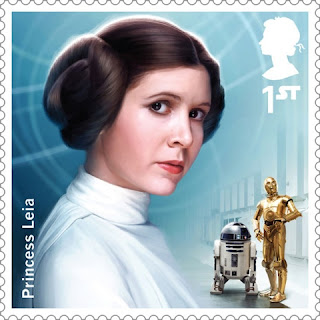 Royal Mail has never issued stamps to commemorate the birth of Princess Charlotte of Cambridge or for that matter, the birth of her brother, Prince George but don't worry, another Princess is to appear on a Royal Mail stamp in October - Princess Leia, a character in the series of Lucasfilm's Star Wars movies along with her brother, Luke Skywalker. Royal Mail has finally revealed the subject of its previously mysterious new issue due on 20 October 2015 - characters from  the Star Wars movies - and this must surely turn out to be Royal Mail's biggest ever selling issue in the history of British stamp collecting.
And for once I'm not moaning. There's no doubt that the involvement of numerous British individuals and companies in this series of movies over the years fully warrants its commemoration on British stamps and the set of 12 stamps and 1 miniature sheet containing a further 6 stamps are extremely attractive and colourful and should sell in their millions. An issue like this could easily attract current non-collectors to the hobby. It's a brilliant move by Royal Mail and I rate this issue:- ****** (yes, 6 stars).
The wonderful art used in the designs is all by the British artist Malcolm Tween and the issue ties in with the release of the 7th Star Wars movie towards the end of the year.
I had wondered if this mysterious issue might feature the subject of ITV's Coronation Street (see Blog 632) but I was hopelessly wrong there - that subject would have had appeal to the British public but this Star Wars issue is in a different league altogether - massive international appeal. Royal Mail has just opened up stamp collecting to a lot of people who would never have dreamed of buying stamps to collect. 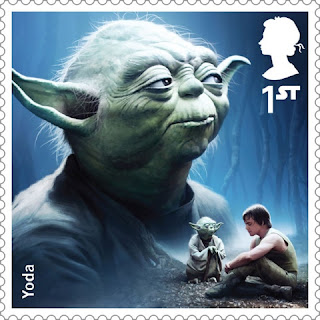 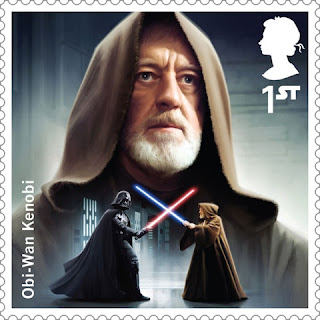 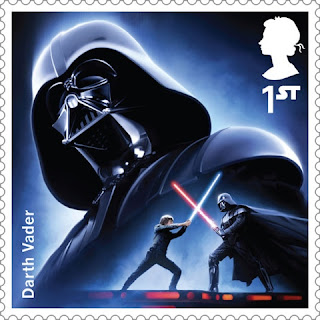 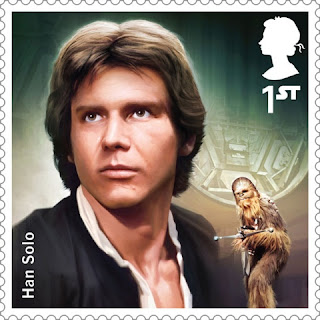 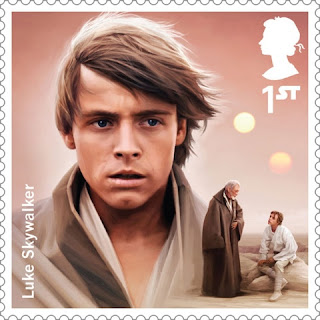 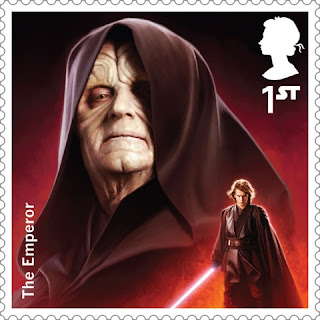 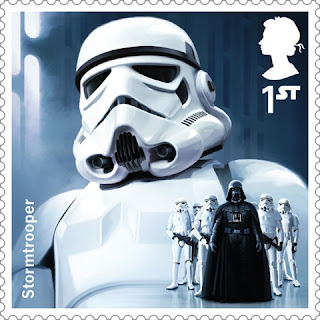 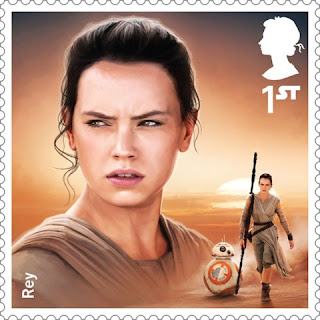 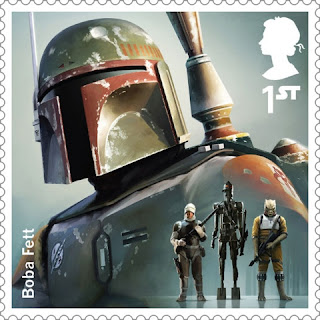 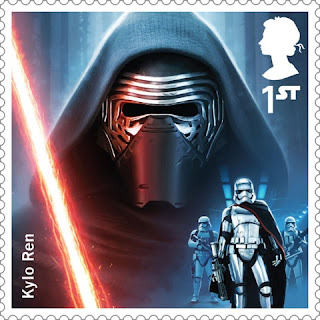 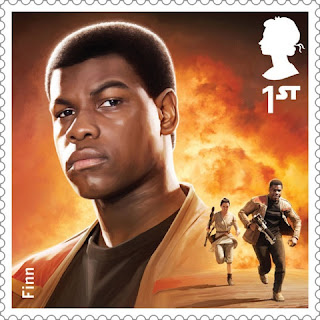 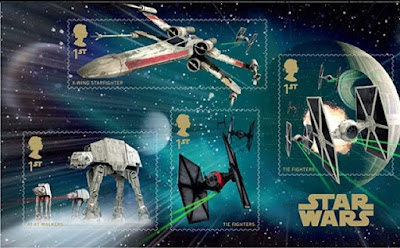 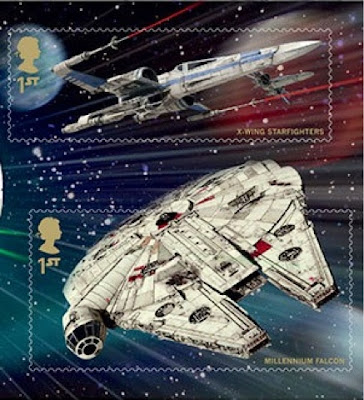