The Barbados Postal Service issued a set of 4 stamps on 23 June 2015 on the subject of local windmills:- 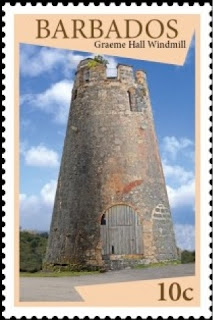 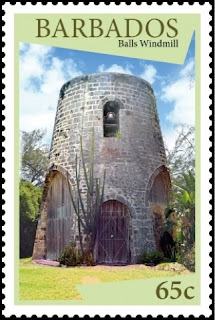 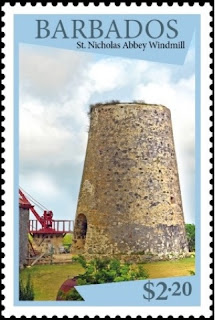 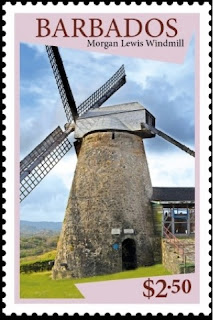 Singapore Post will issue 2 miniature sheets on 1 July 2015 to commemorate the Golden Jubilee of The Republic Of Singapore as well as the holding of the Singapore World Stamp Exhibition which coincides with the important national anniversary. The 2 items will be SingPost's first "augmented reality" ( no, I didn't know what the term meant either) and apparently to fully appreciate what these stamps do one should have an app called "MARC" which should be used to scan the stamp which will result in a video montage appearing. The montage tells the history of Singapore up to this, its 50th birthday. What is there to say about all this except will it help to get the post delivered more quickly? No? I thought not. 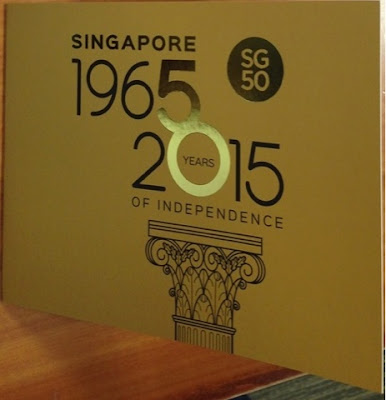 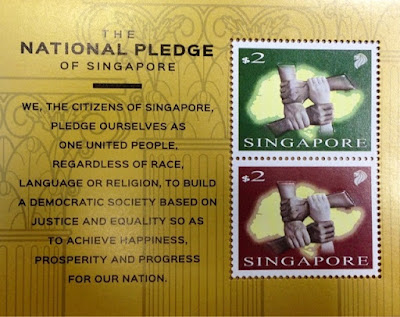 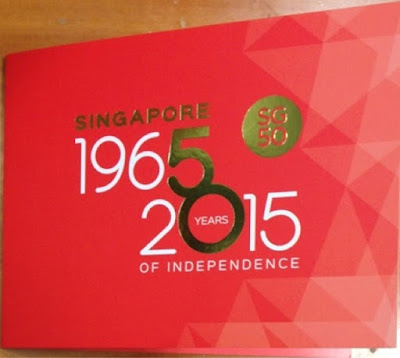 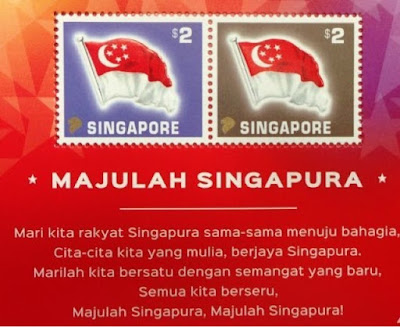 Compare this highly sophisticated piece of philatelic technology with an item I obtained recently to add to my collection of 1998 - 2004 Mozambique surcharges. This is one of the values of the 1998 Traditional Housing set with the old value obliterated by three stars and surcharged 3000 MT. 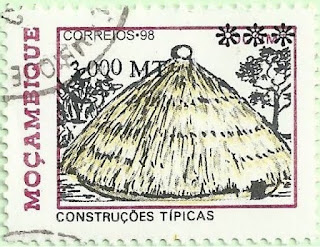 I had previously obtained 2 other values of this Housing set (detailed in previous Blogs) with the same 3000 MT surcharge and *** obliteration and reillustrate them below:- 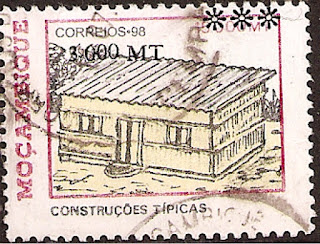 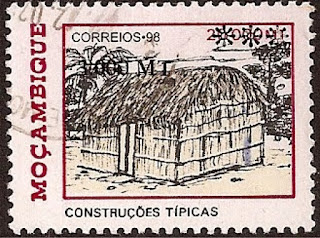 There must be other values of the set similarly overprinted and I will continue to look out for them. It does interest me however how remarkably naive in design and production these relatively recent stamps are when compared with items such as those from Singapore mentioned above. How interesting it is to collect the stamps of The Commonwealth with its huge range of member states and its enormous variety of types of stamp issues.

Guyana - for some reason IGPC seems to think that an issue from Guyana should commemorate the visit of the second in line to the British throne, The Duke Of Cambridge, to The People's Republic of China. As Guyana gave up being ruled by the British royal family as long ago as 1970 when it became a "Co-operative Republic" the international trips of a British prince seem to have little relevance to it. Anyway the event is apparently so important to Guyana that 2 miniature sheets are required to commemorate the visit. The issue's date of issue is said to be 4 May 2015:- 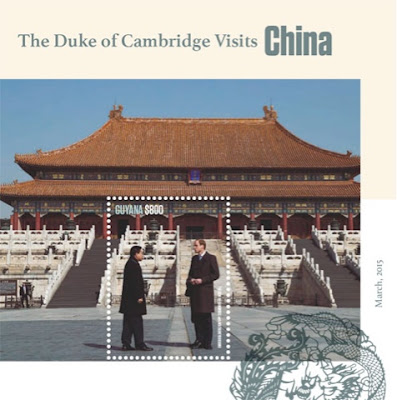 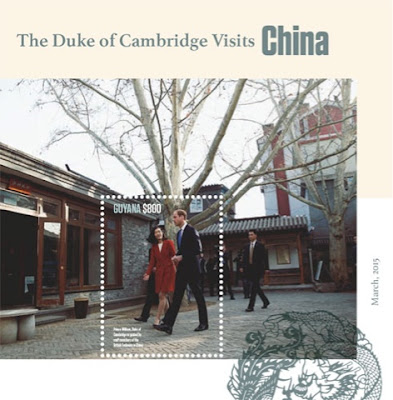 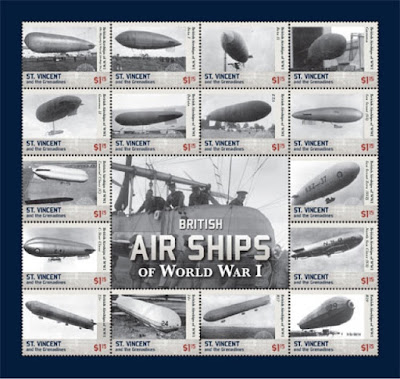 In a previous Blog I discussed how governments were more and more handing over responsibility for the provision of postal services to private companies. We no longer need to think of a stamp issue as being that of a country eg "Great Britain" or "Mozambique" but as the product of a private company eg "Royal Mail" or "Stamperija".

Only one year late with the news I recently read that the government of The Falkland Islands has followed the same path and on 1 August 2014 outsourced The Falkland Islands Post and Philatelic Service to Falklands Post Service Ltd. (FPS Ltd). The new company planned to "improve access to mail boxes over the first six months of operations as well as to make improvements to the customer experience of the Philatelic Bureau".
Pleasingly, as regards stamp collectors, the new service providers seem to have continued with the same policies of stamp issuing as before and the unequalled Pobjoy Stamps/Creative Direction continues to advise on philatelic new issue policy and provide the excellent stamps for which both they and The Falkland Islands are rightly famous. Let us hope that no-one at FPS Ltd. has any bright ideas about changing things in the future - everything is just perfect right now thank you very much.

Another new bogus issue of Uganda stamps has appeared for sale on an Internet auction site - again being offered by the same dealer in Russia as those mentioned in Blog 586. Again, as with those mentioned in Blog 586, the subject of the issue relates to Russia - this time the Winter Olympic Games in Sochi in 2014. This production consists of a sheetlet of 4 "stamps" and 6 miniature sheets. All are imperforate. These are not postage stamps but pieces of gummed paper with printing on them which happen to carry a high price. Avoid though admittedly it is difficult to tell the difference between this stuff and a lot of the philatelic products which are being put on to the market by one or two (or three) "official" philatelic agents who have contracts with some Commonwealth countries to produce "stamps" on their behalf. 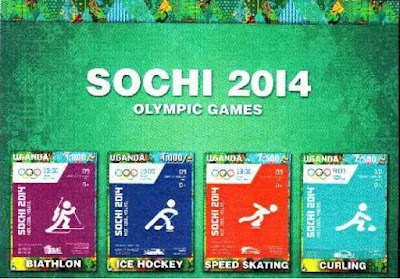 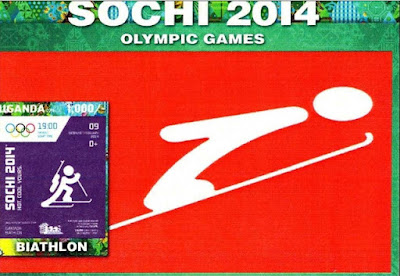 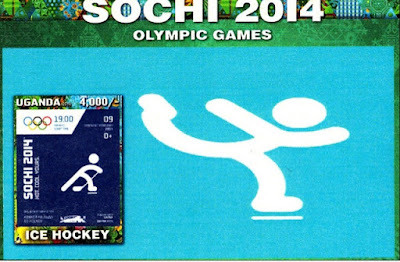 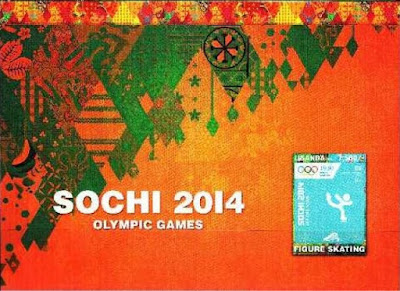 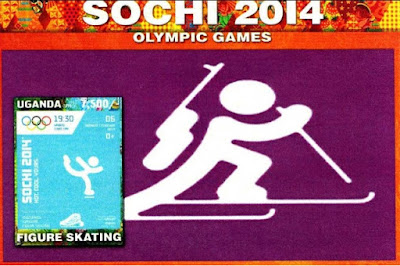 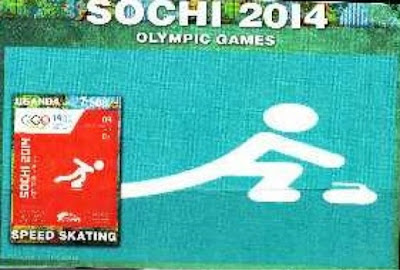