580. Street Art In Paris And Singapore. 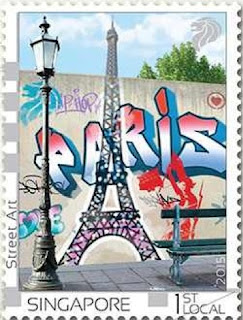 Singapore Post will issue a pair of stamps and 1 miniature sheet on 5 June 2015 as a joint issue with La Poste on the interesting subject of street art. The issue was designed by Sophie Beaujard and Ivory Seah and printed in lithography by La Poste:- 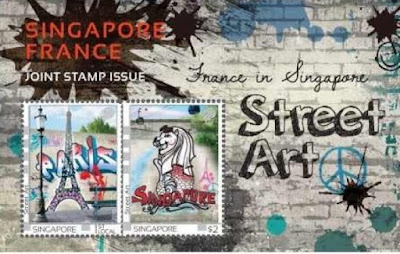 Four stamps will also be issued on 5 June 2015 to commemorate the holding of the 28th Southeast Asian Games from 5 to 16 June. The lion mascot of the Games, Nila, is depicted on all 4 stamps:-

New Zealand Post will issue a sheetlet of 18 different stamps on 1 July 2015 on the subject of New Zealand cuisine or as the title of the issue puts it - "Kiwi Kitchen". The issue was designed by Jason Kelly and printed in lithography:- 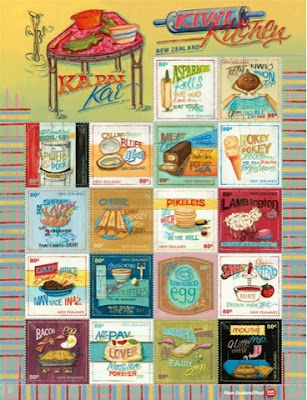 Niue issued a set of 4 stamps and 1 miniature sheet on 3 June 2015 on the subject of the flora of Niue. The issue was designed by New Zealand Post and lithographed by Collectables and Solutions Centre, New Zealand Post:-

Likewise, with the same date of issue - 3 June 2015 - Tokelau released a set of 4 stamps and 1 miniature sheet on the subject of Crabs of Tokelau. Again the issue was designed by New Zealand Post and lithographed by the Collectables and Solutions Centre:- 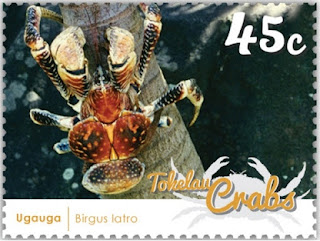 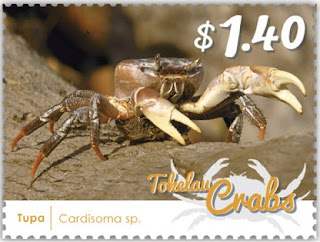 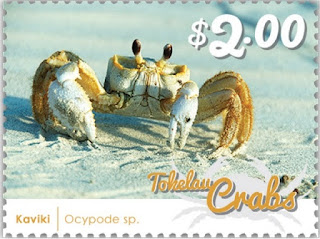 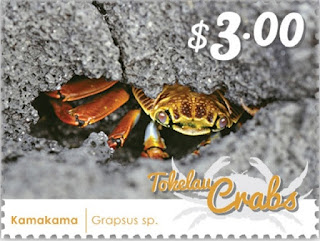 An Post, the postal service of Ireland, will issue 2 stamps on 4 June 2015 to commemorate the 50th anniversary of the Irish mountain rescue service. The stamps were designed by Conor and David and lithographed by Irish Security Stamp Printers:- 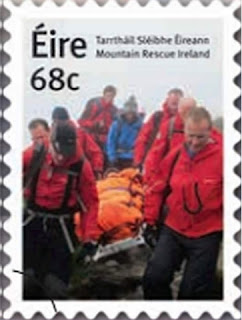 A single stamp will then be issued on 11 June 2015 to commemorate the 150th anniversary of the birth of the poet, W. B. Yeats. The stamp was designed by Detail and lithographed by Cartor.
In Blog 578 I mentioned the Australia Post issue which was released on 2 June 2015 on the subject of Islands of Australia and I now provide illustrations of the entire set:- 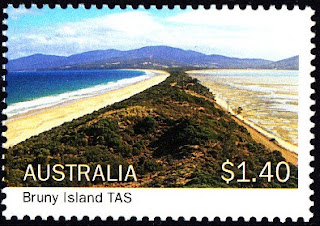 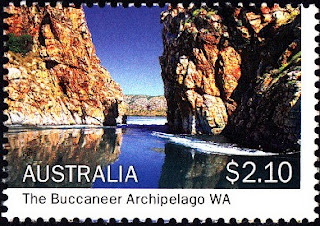 On its Facebook page, Guyana Post has published the picture of a new non-stamp - an expression of congratulations, in stamp format, to the new President of Guyana, David Granger, on his assumption of the Presidency:- 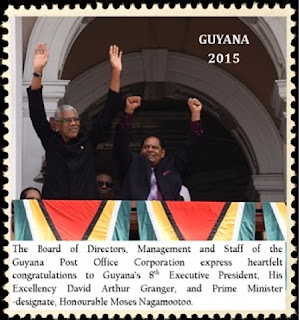