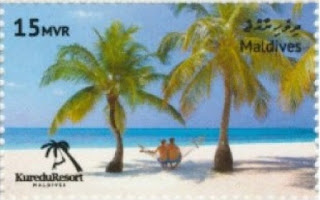 Maldives Post (as opposed to Stamperija) issued 5 stamps on 1 February 2015 on the subject of beaches and tourist resorts of Maldives. All 5 stamps are in the value of 15MVR and I assume are intended to be used on tourist overseas postcard mail. I suspect that these 5 stamps are those for which, as reported in Blog 508, Maldives Post was inviting expression of interest from printers to print although the closing date for tendering was as late as 20 January 2015 which would have meant that the tender would have been accepted, and the stamps printed, in a period of just 11 days if the stated date of issue is correct.
These are interesting items since they are plainly intended for practical usage on mail rather than as philatelic collectables produced by the country's foreign philatelic agents which is the case with most philatelic items with the name of Maldives printed on them which have appeared for sale on the market in recent years. Nevertheless, this issue is now shown on the Stamperija website. 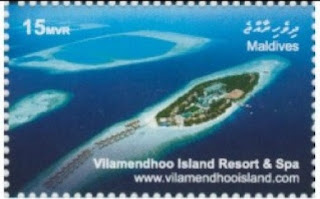 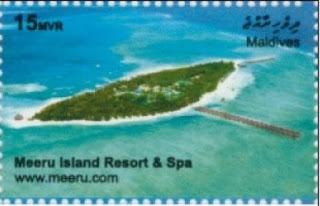 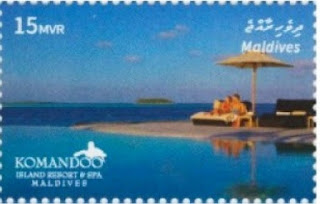 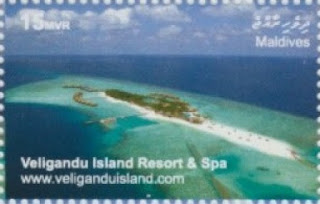 I now illustrate the 2 values of the An Post issue of 4 June 2015 which I mentioned in Blog 580 and which commemorates the 50th anniversary of Mountain Rescue Ireland:- 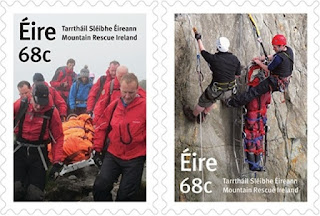 Otherwise, the latest products from Stamperija with a stated date of issue of 15 April 2015 are inscribed "Mozambique" and take the usual form of 15 sheetlets of  4 different "stamps" and accompanying miniature sheets. As usual the subject matter of the sub-sets is variable and mostly has little or no relevance to Mozambique itself. The subjects on this occasion are:- 80th death anniversary of James Moore (English cycling pioneer), 70th Birthday of the late Bob Marley, 80th Birthday of Elvis Presley, Dinosaurs, Cricket, the Concorde aircraft, Butterflies, "Best chess players in the world", 140th Death anniversary of Georges Bizet (composer), 150th anniversary of the Battle of Bentonville (US Civil War), 75th birthday of Pele (Brazilian footballer), 60th Death anniversary of Albert Einstein, 40th anniversary of the end of the Vietnam War and the 10th anniversary of the inauguration of Pope Benedict XVI. This set also includes the Europhilex Stamp Exhibition 2015 (British bulldog) issue which was depicted in Blog 572. Collectors will draw their own conclusions about the quality of the art used in the designs of these philatelic items:- 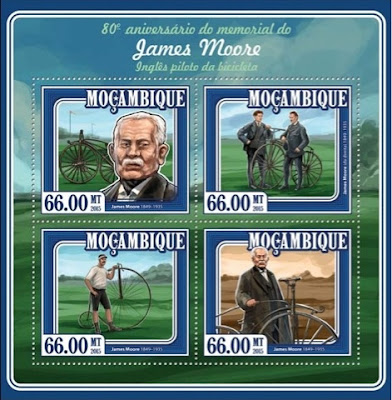 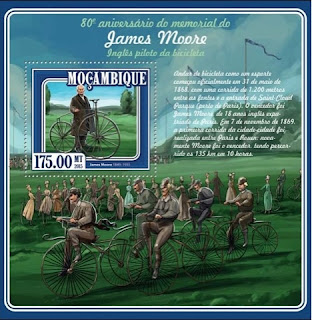 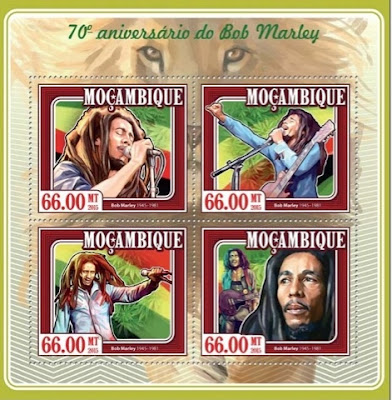 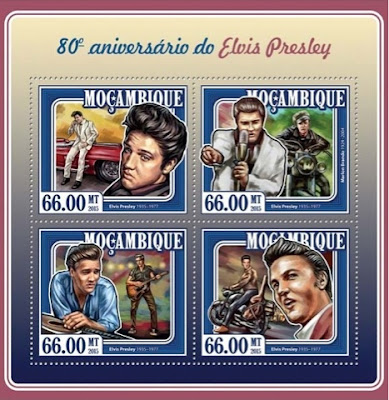 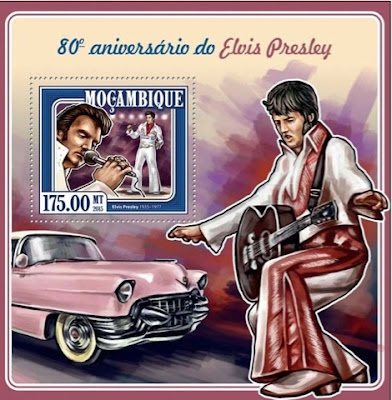 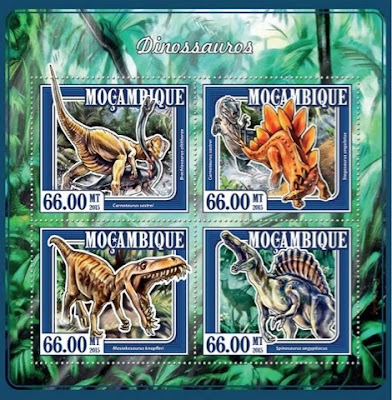 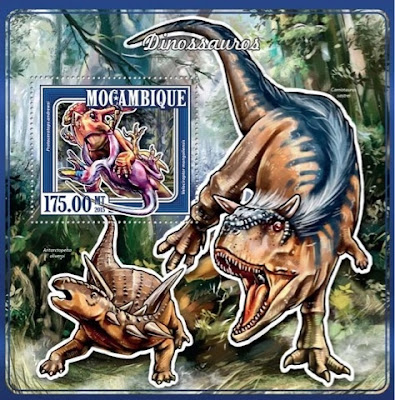