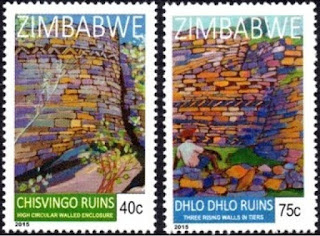 Zimpost, the postal service of Zimbabwe, has released 2 new sets so far in 2015. I have mentioned the set of 4 stamps which was issued on 24 February 2015 on the subject of major drystone ruins of Zimbabwe (See Blog 555) but now illustrate all 4 values as well as the accompanying miniature sheet which contains all 4 values:- 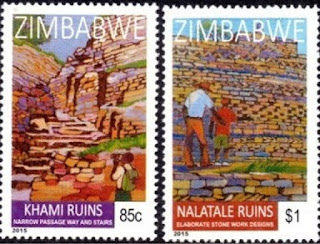 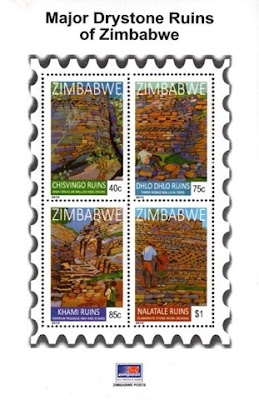 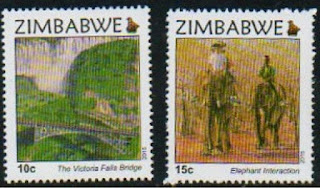 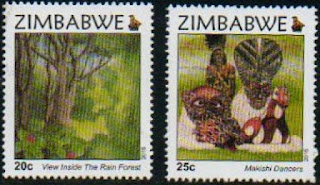 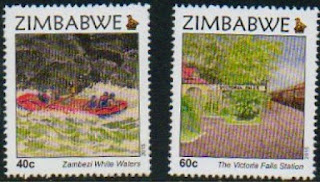 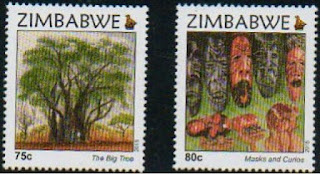 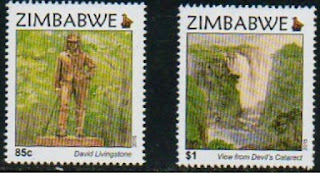 Australia Post will issue a single stamp on 30 June 2014 to commemorate the centenary of the Walter and Eliza Hall Institute of Medical Research, Australia's oldest medical research institute. The stamp was designed by Simone Sakinofsky and printed in lithography by RA Print. It will be issued as a gummed sheetlet of 10 stamps and in a prestige booklet costing $14.95c:- 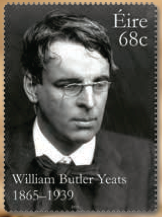 An Post, the postal service of Ireland, will issue a single stamp to commemorate the 150th birth anniversary of the important Irish poet, W B Yeats (shown above) (see also Blog 580). I have come across a beautifully apt quote of Yeats - many modern-day postal services and philatelic agencies should pay attention to what the man had to say:-

Designs in connection with postage stamps and coinage may be described, I think, as the silent ambassadors of national taste.

Sadly so many postal administrations have forgotten that their postage stamps are indeed silent ambassadors for their country and are prepared to sacrifice their national philatelic reputations to increase financial income. Surely national pride is of importance even in these grim days of postal administration impoverishment.

Royal Mail has followed WB Yeats' advice and shown good taste in the designs it will issue on 16 July 2015 when it releases an interesting and exciting miniature sheet to commemorate the 75th anniversary of the Battle of Britain. The sheet contains 6 different stamps (3 x 1st class and 3 x £1.33p) and has an image of Sir Winston Churchill in the left hand border in typical Churchillian pose, cigar planted firmly in his mouth. 2015 is the 50th anniversary of Sir Winston Churchill's death:- 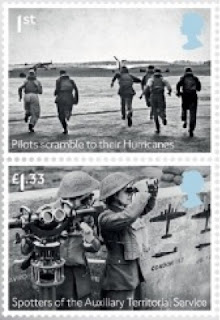 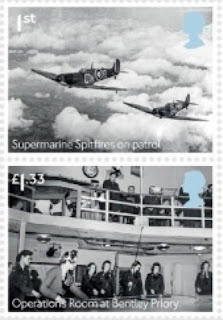 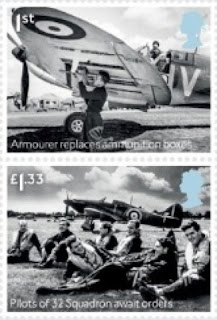 On 18 August 2015 Royal Mail will then issue a colourful and attractive set of stamps on the subject of Bees. The issue will include a self-adhesive retail booklet consisting of 2 x 1st class stamps depicting the Great Yellow Bumblebee and 4 x 1st Machin Head stamps.
The next issue from India Post will be 1 stamp and 1 miniature sheet to be released on 21 June 2015 and will commemorate International Yoga Day.