596. Montserrat From Space; Swarms Of Bees; A Royal Fief. 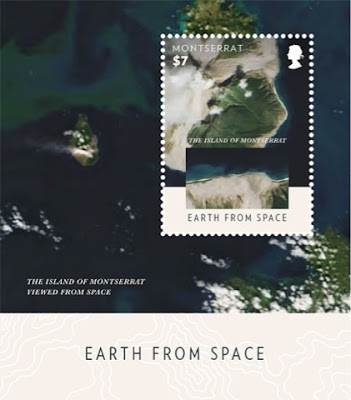 Montserrat Philatelic Bureau Ltd. will issue 1 miniature sheet on 15 September 2015 which will depict the island as viewed from space. The item is accompanied by a sheetlet which contains 4 other different stamps which depict views from space including wildfires in central Chile, Kavir Desert in Iran, central Saudi Arabia and Cancun in Mexico (I find these less interesting as they seem to have no relevance to Montserrat itself). 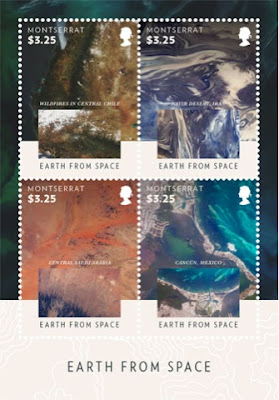 A second sheetlet of 4 different stamps and 1 miniature sheet will be released by Montserrat on 30 September 2015 on the subject of Bees:- 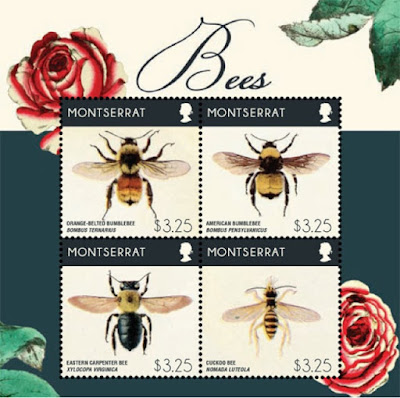 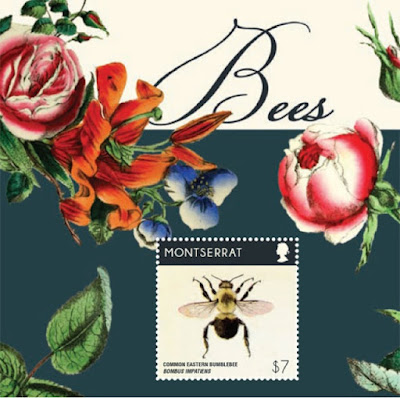 Suddenly philatelic bees are big business as Royal Mail is also due to release an issue on the same theme on 18 August 2015. There are even more items in the British issue than that from Montserrat  consisting as it does of 6 gummed stamps, 1 miniature sheet and 1 self-adhesive counter booklet which contains 2 x 1st stamps and 4 x 1st Machin Head stamps and has the code M15L MCIL.
The very attractive stamps were designed by Anna Ekelund and Richard Lewington and the miniature sheet was designed by Interabang and Andy English. The entire issue was lithograph printed by International Security Printers apart from the counter booklet items which were printed by Walsall Security Printers:- 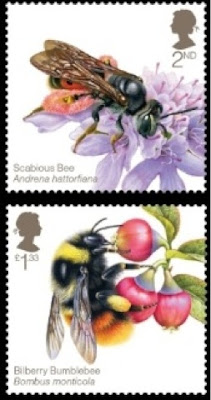 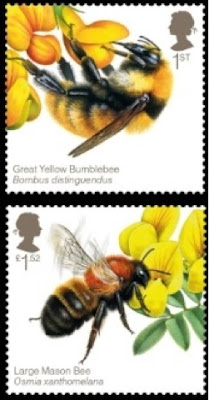 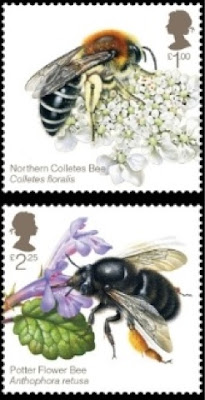 Guernsey Post has announced that its next new issues to be released on 22 July 2015 will be 2 sets inscribed "Guernsey" and 1 set inscribed "Alderney".

Inscribed "Guernsey" - 450th anniversary of the island of Sark (part of Guernsey) as a Fief of The Crown:- 5 stamps and 1 x £3 miniature sheet. Designed by Nick Shewring and lithographed by Lowe-Martin:- 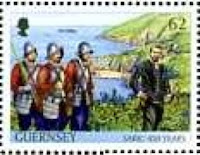 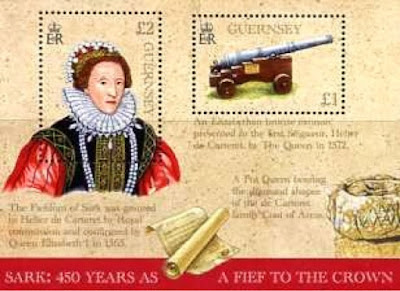 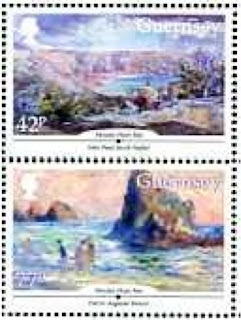 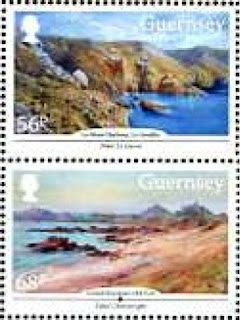 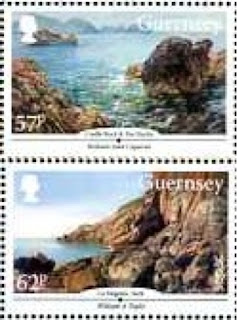 Inscribed "Alderney" - Forts of Alderney:- 6 stamps. Designed by Mark Totty from photographs by Martin Batt and lithographed by BDT International. The issue commemorates the Living Island project which is concerned with tourism and community development in Alderney:- 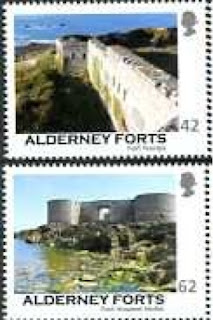 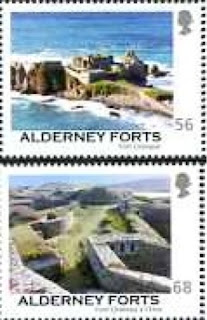 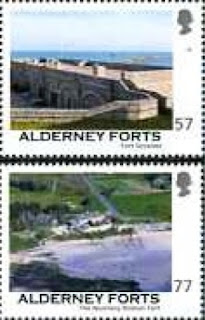 Stamperija is wasting no time in cashing in on its new contract with Salpost , the postal administration of Sierra Leone, and has released another 9 sheetlets, each of 6 different "stamps", each with 2 accompanying "miniature sheets", all on the subject of wildlife, plus a 10th sheetlet of 4 "stamps" plus 1 "miniature sheet" which is an impressively rapid money-making response to the birth of Princess Charlotte of Cambridge.
The stated "date of issue" was 22 May 2015 which was only 20 days after the Princess' birth - not only were the philatelic products designed and printed in that time but they were also flown out to Sierra Leone and put on sale in post offices there! (how much of that do you think could have really happened?)
Just to boost its appeal to collectors of philatelic items with a British royal family theme - not only does Queen Elizabeth II make an appearance on these items but the philatelically ubiquitous Diana, Princess of Wales is also depicted on the sheetlet.
If a collector has no interest in the royal birth-related philatelic products there are plenty of different forms of West African wildlife to lure theme collectors into buying some of these items - African wild dogs, Gorillas, Manatees, Leopards, Lions, Crocodiles, Pythons, Owls and Turtles.
Ten similar sheetlets and 10 "miniature sheets" have previously been stated to have been issued for Sierra Leone on 22 May 2015 on the subject of African wildlife (see Blog 589) so Stamperija has released 118 "stamps" and 39 "miniature sheets"  in its first philatelic product release in the name of Sierra Leone". 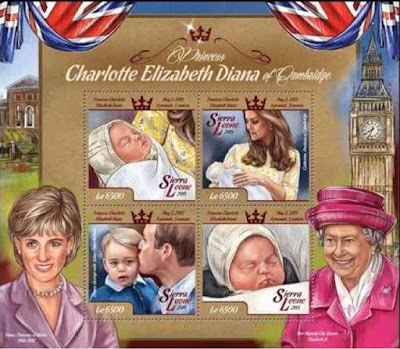 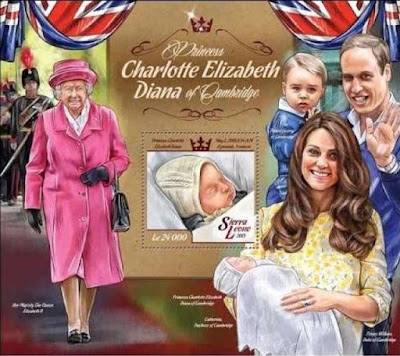 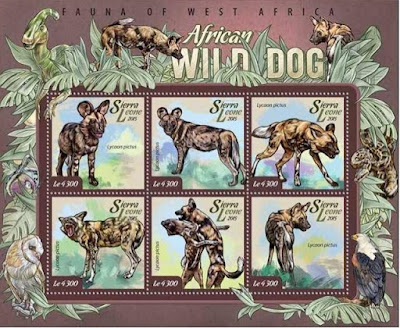 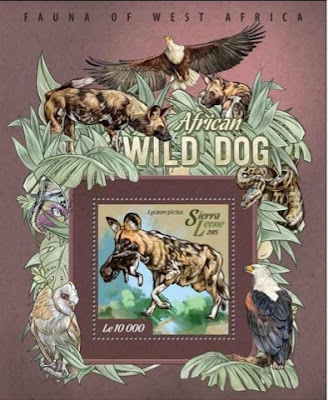 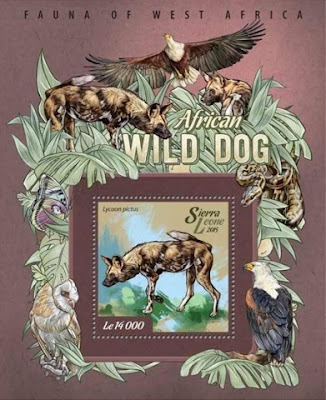 IGPC continues to release philatelic products on the subject of the Internstional Year Of Light. The latest items to come to light (!) are a sheetlet of 5 different "stamps" and 1 accompanying "miniature sheet" which are inscribed with the name of Grenada Carriacou And Petite Martinique (which stamp collectors usually call Grenada Grenadines). I do not yet know the "date of issue" which has been given by the agency for these items. These philatelic products are undoubtedly colourful but I doubt very much that the featured subject, the Aurora Borealis, has ever been viewed from these tiny Caribbean islands:- 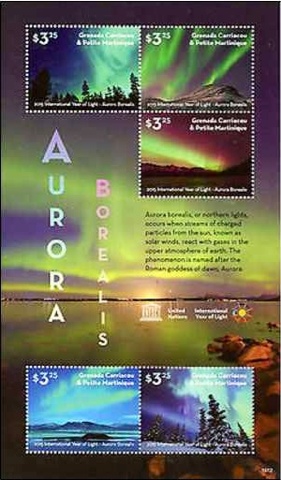 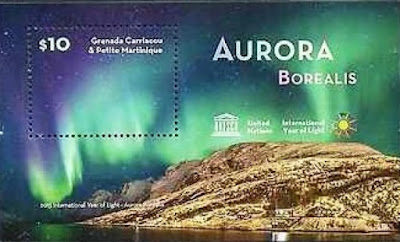