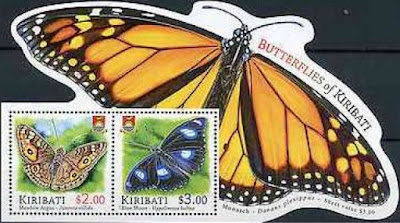 The previously mentioned (see Blog 604), very attractive 2 stamp miniature sheet which was issued by the Kiribati postal administation on 27 May 2015 on the subject of Butterflies of Kiribati is now illustrated above. The equally attractive and colourful first day cover is shown below. Rating:- ***** 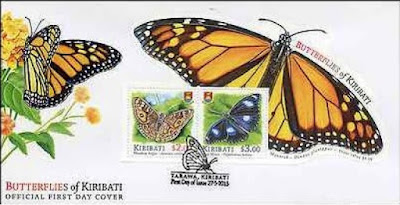 On 6 August 2015 Canada Post will issue a set of 5 new stamps [a gummed se-tenant pair of "P' values from "panes" of 16 (cost of "pane" $13.60c), a self-adhesive se-tenant pair of "P" values from an $8.50c booklet, a self-adhesive gummed $2.50c stamp from booklets of six (cost of booklet $15)] and a gummed $2.50c miniature sheet to commemorate The Franklin Expedition of 1845. The issue is timed now because the long lost wreck of the expedition's ship, HMS Erebus, was discovered in early September 2014 and much has been salvaged and learnt from this important find.
Sir John Franklin and his expedition sailed into arctic waters in 1845 hoping to discover the Northwest Passage which would open up the trade route from north America to the Far east. the expedition was made up of 2 ships - HMS Terror and HMS Erebus - but both ships became trapped ice by the autumn of 1846 and by 1848, in terrible conditions, the ships were abandoned and the entire expedition died.
This issue was designed by John White of Subplot Design and 1 of the "P" values depicts a map, written in Inuktut, of the area where the expedition was lost. The issue was printed in lithography by Lowe-Martin. Rating:- ***** 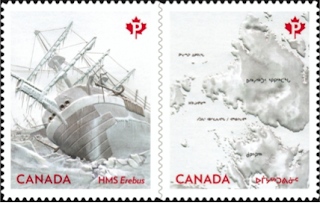 The Bermuda Post Office has released the second part of its "Bermuda in Bloom" definitive series - the 50c, $1, $1.15, $1.20, $1.35 and $1.55 values. Once more these are colourful and pleasing stamps as we would normally expect from the Bermuda Post Office. The date of issue was 16 July 2015 and regretfully the quality of the illustrations is poor at present but I again rate this lovely issue as *****. 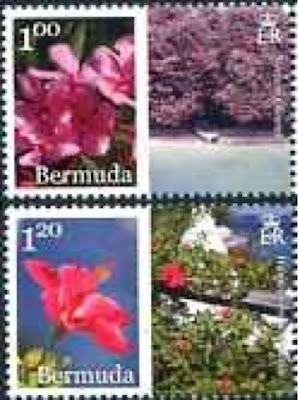 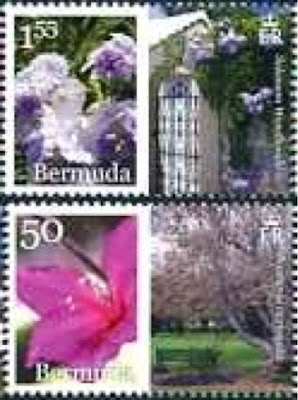 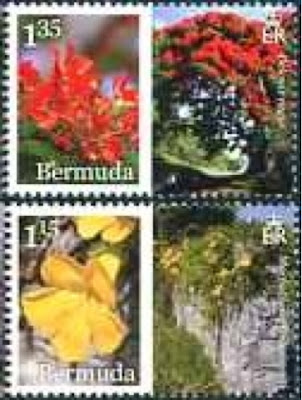