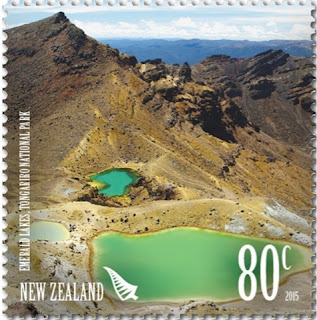 New Zealand Post will issue a very attractive set of 6 stamps and 1 miniature sheet on 5 August 2015 on the subject of World Heritage Sites in New Zealand. The issue was designed by Stamps And Collectables New Zealand Post and printed in lithography by Southern Colour Print:- 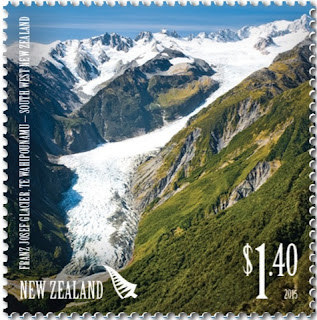 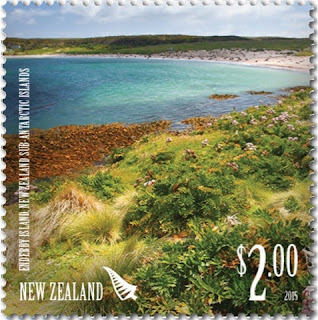 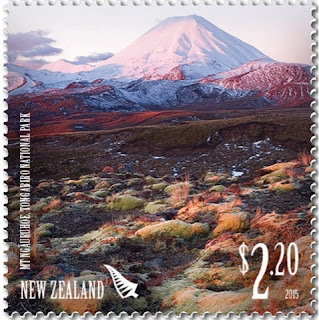 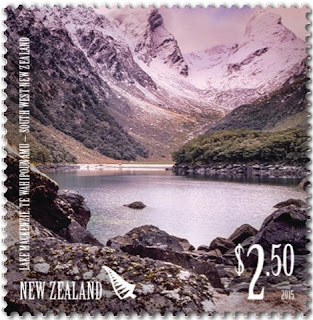 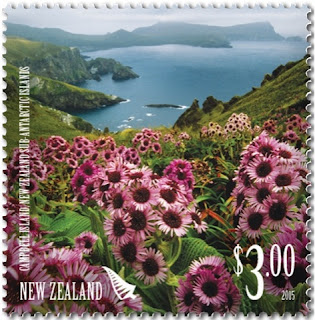 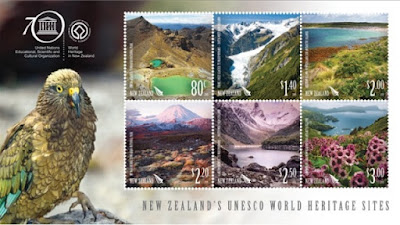 Pos Malaysia will release its next issue of stamps on 29 July 2015 on the subject of South Sea Pearls. The issue will be made up of 3 values (60, 70 and 80 sen) and a spectacular RM 5 miniature sheet with foil embossing to give the item the feel of a real pearl:- 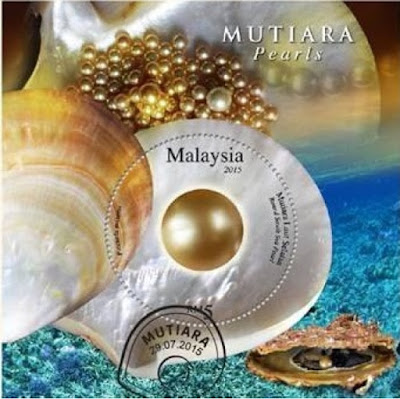 Looking through the SingPost website, I have found several items from Singapore from 2015 of which I was not previously aware but are worth mentioning.
A My Stamp (greetings stamp) sheetlet was issued on 1 April 2015 which commemorated the 50th anniversary of the independence of Singapore and consisted of 5 stamps with attached labels which depicted previously issued stamps:- 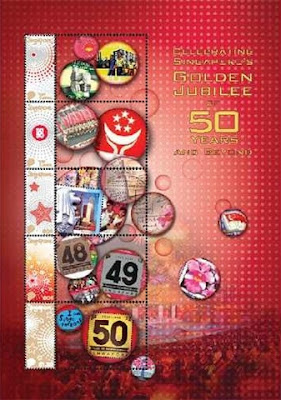 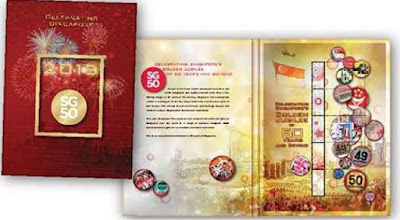 A $12 sheetlet of 6 "My Stamp" stamps with attached labels was released on 9 January 2015 to commemorate the lunar new year. The stamps are in 2 different designs whie the labels are all the same design:- 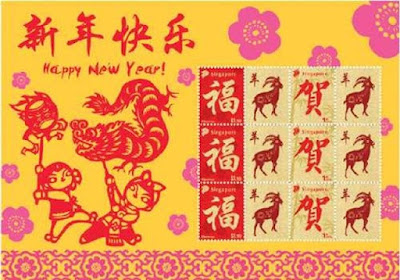 A fourth Collectors Sheet on the subject of the 2015 World Stamp Exhibition to be held in Singapore was released on 1 July 2015. Although it has a face value of $4 the item is actually sold in a folder at $12.80c:- 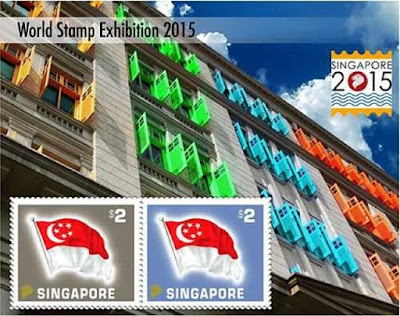 I recently visited the excellent Midpex 2015 Stamp Show held in the beautiful countryside of Warwickshire in the very heart of England, a few miles from the town of Leamington Spa. It was an exhibition held on a single day but, despite lacking all the glamour and flimflammery of the recent Europhilex 2015 exhibition which went on for 4 days in the draining, sweaty heat of London, I found it to be far more satisfying to visit than my expensive and tiring trip to the capital.
Many British stamp clubs were represented there and I had the opportunity to speak to various people on the stands about different aspects of their specialities which I found interesting and the dealers there, some of whom would have been unable to have a stand at Europhilex because of the expensive charges they would have had to pay on top of the appalling price of accommodation and eating out in London, were actually of much more interest to me than those at the London show where many of the traders were Europeans selling items of no great interest to a lot of British collectors.
Midpex provided solid evidence that it is not necessary to hold large British philatelic exhibitions in London and nowhere else - I suspect that this idea is held mainly by those people powerful in organised philately who live in London and the Home Counties though it is possible that Royal Mail might agree with the idea since their Post And Go kiosks at Midpex did not seem to be attracting many customers. This may be because collectors really are completely fed up with these expensive labels issued in vast numbers and have now drawn a line under their collecting of them though sales at Midpex could not have been encouraged because there was nothing distinctive about those for sale (no additional distinctive inscription and no new code - I believe the kiosks were selling Machin Head "Post And Go's" with MA13 code or no year code as well as the usual Union Flag labels).
I did get around to buying a "Post And Go" issue which I thought to be worthwhile from a dealer at Midpex and which I had not obtained up to now - the 2nd Class and 1st Class versions of the Machin Head labels sold from the kiosk (M003) at the Bradford North enquiry office which had a short life from 9 February to 28 March 2015. I am therefore now able to depict these items with a much better illustration than previously:- 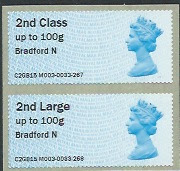 I was also interested to buy an item about which I was previously unaware. This was a strip of 6 Union Jack stamps which had been produced in coil format but had never been issued, having apparently been ordered by a first day cover producer and then subsequently cancelled and subsequently offered to the dealer from whom I obtained it by Royal Mail. I thought that this was a very interesting item:-

In Blogs 586 and 596 I highlighted a number of bogus items which are currently being offered on Internet auction sites which purport to have originated in several Commonwealth territories. Another Commonwealth territory, Tanzania, has had its name used on a similar item - again a miniature sheet on the subject of the World Ice Hockey Championships. These items, all on subjects relating to Russia, appear to originate in that same country and are really highly priced. These issues are clearly bogus and worthless and collectors of Commonwealth stamps should avoid wasting their money on them:- 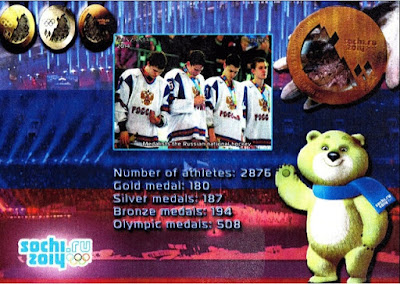