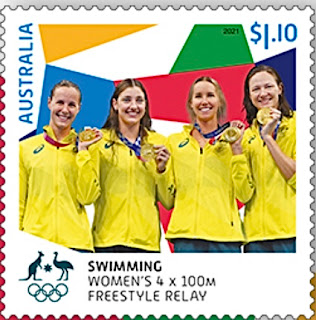 🇦🇺 Although Australia Post is never slow to issue a postage stamp when the opportunity presents itself, it must be acknowledged that it has a long tradition of issuing Olympics gold medal winner stamps and it seems a little mean spirited to complain about Australia Post continuing the tradition to commemorate those Australians who have distinguished themselves in the same way at the Tokyo Olympic Games given all the additional difficulties related to the pandemic athletes have experienced this time round.

Thus we have the first of Australia Post’s issues to commemorate the country’s gold medal winners being released on 27 July 2021 in the form of 2 stamps each issued in a sheetlet of 10 each of the same stamp. This is the same format as has been used for previous Gold Medal winner stamps. The issues celebrate the success of the Australian Women’s 4 x 100 Freestyle swimming team and of Ariadne Titmus in the Women’s 400 metres Freestyle swimming event. Rating:-***. 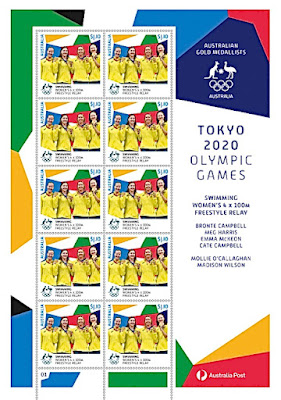 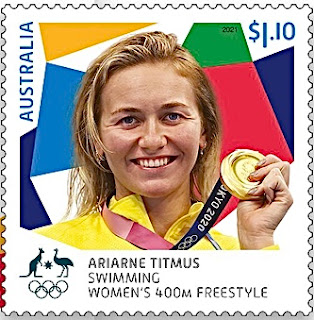 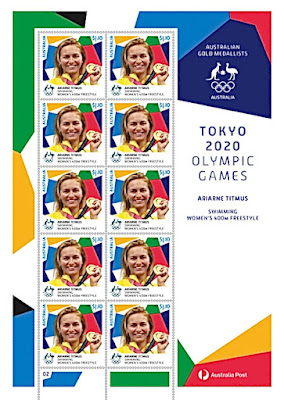 Australia has now also won a third gold medal and has a total of 7 medals (3 gold, 1 silver and 3 bronze) putting it sixth in the current medals table. Other Commonwealth countries to have won medals so far are:-

🇱🇰 Sri Lanka Post issued 2 stamps and 1 miniature sheet containing the same 2 stamps on 27 July 2021 as its half of a joint issue with Singapore Post which commemorates the 50th anniversary of the establishment of diplomatic relations between the two countries. An attractive issue. Rating:- ***. 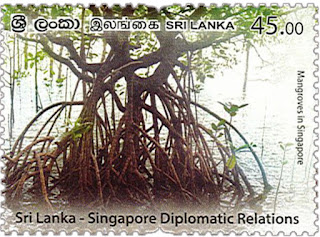 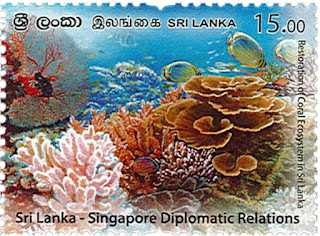 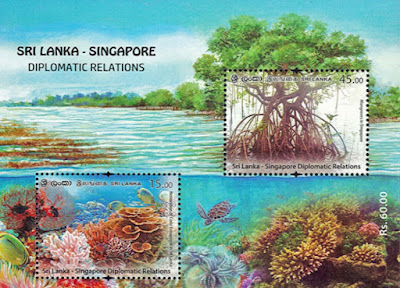