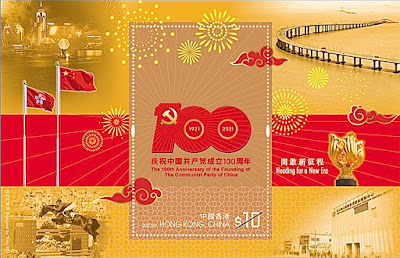 🇭🇰 An issue of interest not just for the history it commemorates but because of the events it may foreshadow is the set of 4 stamps and 1 miniature sheet containing a single stamp which was released on 1 July 2021 by Hong Kong Post to commemorate the Centenary of the Chinese Communist Party. In the past couple of years events have moved apace in Hong Kong, the former British colony and now Special Administrative Region, whereby the authorities in Beijing have moved to clamp down on the freedoms the citizens of Hong Kong were promised when The Chinese People’s Republic took over the territory from the British. The iron fist of the People’s Republic backed by the sheer power of the Communist Party now has Hong Kong firmly in its grip and this issue reflects this state of affairs. It is a story which I think has not yet been fully told. The Chinese authorities are as capable of doing in Hong Kong now as that which they did in Tianenmen Square in 1989.

The issue was designed by Tony Ho and lithographed by Beijing Stamp Printing House Co Ltd and the stamps are perforated 13.5 x 13. Rating:- ****. 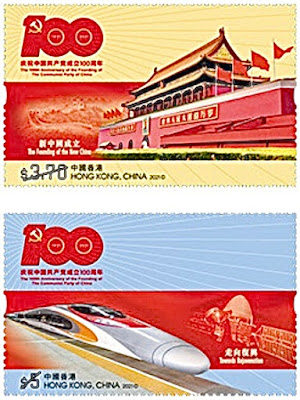 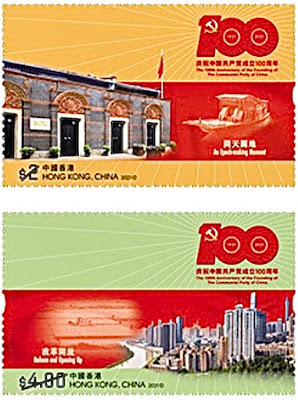 🇹🇹 Now being offered for sale on an internet auction site is an issue from T &T Post, the postal service of Trinidad And Tobago. The issue is presently being sold in a pack containing a first day cover of the issue and blocks of 4 of 3 stamps and an accompanying miniature sheet. The locks and miniature sheets are all in cancelled form.  The illustration of the issue is too small to read the first day cancellation on the cover and the date of issue is not stated. The 3 stamps and miniature sheet are from the 2002 issue which commemorated the Golden Jubilee of Queen Elizabeth II and the 3 stamps are surcharged all with a $1 value and all 4 items are overprinted to commemorate the lateDuke Of Edinburgh, the Queen’s husband. Rating:- ****. 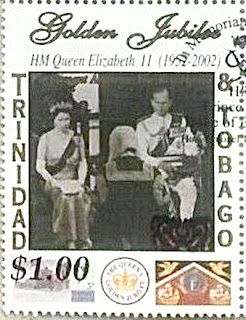 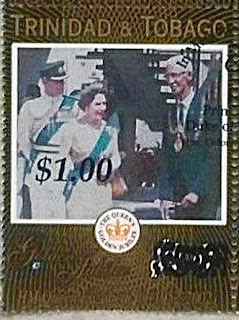 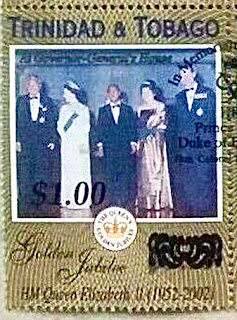 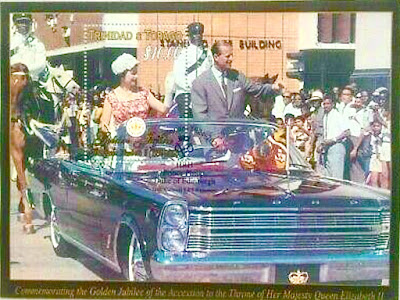 🇵🇰 Pakistan Post issued a single stamp on 1 July 2021 to commemorate the 10th anniversary of the State Bank of Pakistan Museum. The stamp was designed by Adil Salahuddin and it was lithographed by National Security Printing Company and is perforated 13. Rating:- **. 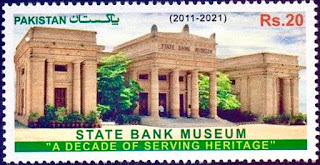