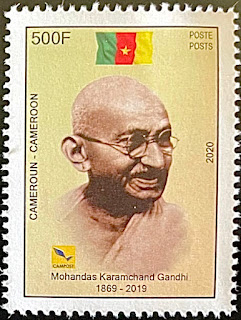 🇨🇲 Cam Post, the postal service of Cameroon, it appears, issued a set of 3 stamps in 2020 (precise date not yet known) to commemorate the 150th anniversary of the birth of the great Indian nationalist leader, Mohandas Gandhi. The announcement of the issue was made in a ceremony held by members of the Cameroonian government, Cam Post officials and representatives of India in early October 2020 and it was said that 6 stamps would be issued “in the coming days” after Gandhi’s birthday. One assumes therefore that this issue was released some time in early or mid October 2020 but I do not yet know the precise date of issue and it does appear that only 3 stamps were issued instead of 6. As far as is known this was the first set of stamps to be issued by Cam Post since 2015. Rating:- ****. 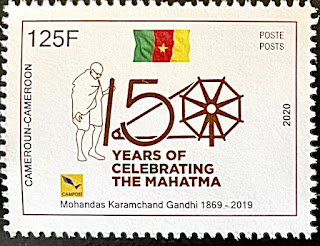 🇬🇭 Staying in West Africa, three interesting items from the postal service of Ghana in cooperation with Ghana’s national tourist service which date back to 2019:- 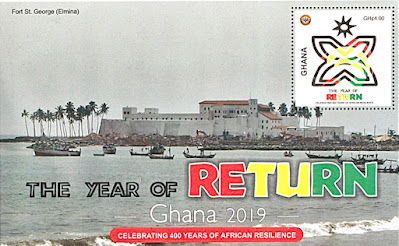 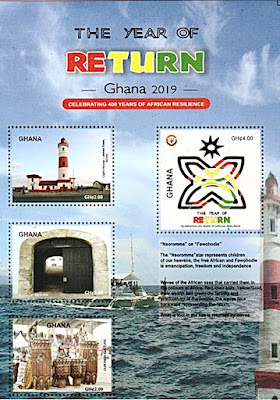 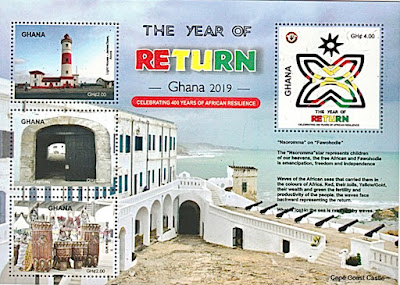 These look very much like miniature sheets issued to commemorate the Year of Return, when members of the Ghanaian diaspora communities across the world (particularly USA) had events laid on in Ghana to welcome them to the country of their ancestors on the occasion of the Quatercentenary of the first landing of enslaved Africans in America. In fact they are not miniature sheets but postcards with an imprinted GHc4.00 stamp on the reverse:- 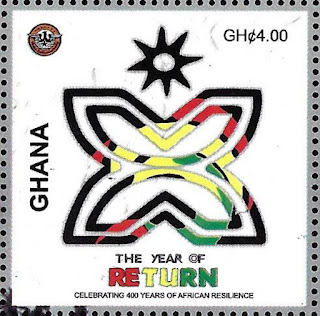 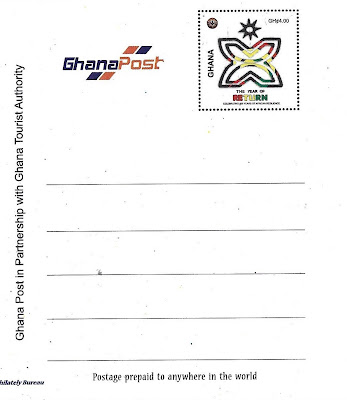 I have hunted across the internet to see if these postcards reproduce three actual miniature sheets but have not been able to track any down but I remain suspicious that somewhere out there are the three miniature sheets skulking in the shadows of the Ghanaian Post Office’s poor publicity machine waiting to be discovered. It may be that these miniature sheets do indeed exist but were  given to officials and dignatories and so on involved in these special events.