🇲🇹 MaltaPost issued a set of 3 stamps on 23 July 2021 to commemorate Malta’s participation in the troubled Tokyo Olympic Games. The rather bland stamps were designed by Aidan Caspar and lithographed by Printex and are perforated 14. Rating:- **. 🇬🇧 The Post and Go kiosks located at the various Royal Navy museums (A002, A003, A004, A006 and A007) will dispense the Union Flag and Machin Head stamps with the additional inscription, ‘Black Tot Day 31st July 1970’ from 31 July to 31 August 2021 to commemorate the ending of the 300 year old traditional daily ration of rum given to sailors of the Royal Navy. The final day of the ration was called ‘Black Tot Day’ and was marked by sailors wearing black arm bands, a mock funeral for the rum ration and tots of rum being buried at sea. A light hearted commemorative I think.

A postmark was used in Portsmouth on 31 July 1970 to commemorate the ending of the rum ration - it took the form of an oblong with the inscription in 4 lines:- “LAST ISSUE OF RUM/TO THE ROYAL NAVY/31 JULY 70/PORTSMOUTH”. An interesting little item to track down to match with the upcoming Post and Go stamps. 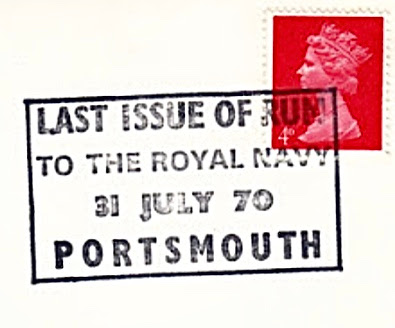 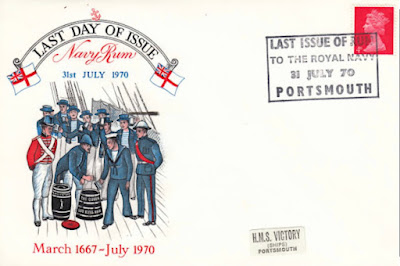 🇧🇼 Botswana Post issued a pair of stamps and 1 circular miniature sheet containing the 2 stamps on 18 July 2021 recalling the period between December 1961 and July 1962 when Nelson Mandela, during his fight against Apartheid in South Africa, took refuge in a small house in the Lobatse township of Peleng in Bechuanaland which became Botswana in 1966.

This interesting issue was designed by Onica Lekuntwane and the illustrator Itumeleng Motswetla. The issue was lithographed by Southern Colour Print. Rating:- *****. 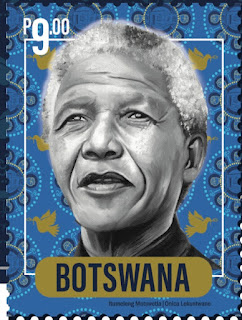