🇳🇿 New Zealanders have effectively been trapped within the confines of the country for close to twelve months now with no real chance of escape due to the present pandemic rampaging through the world. They therefore have little choice but to holiday in New Zealand itself if they wish to take a vacation and New Zealand Post therefore intends to issue a sheetlet of 9 stamps on 3 February 2021 on the subject of Holiday at Home. The stamps were designed in what publicity describes as a retro-chic style which does not strike me as being particularly attractive and which seems to suggest, thinking also of the sheetlet issued last year depicting baking products, that this enforced period of isolation is driving New Zealand Post into a phase of projecting an idealised, comforting, sentimentalised mid-20th century lifestyle image on its stamps. Hence, perhaps, New Zealand Post’s decision to feature teddy bears on its COVID-19 stamp issue as opposed to featuring the faces of exhausted care workers as MaltaPost has just done on its 3 magnificent COVID-19 stamps (see Blog 1819).

The Holiday at Home issue was designed by YMC Design of Wellington and lithographed by Southern Colour Print and is perforated 14.5. Rating:- *. 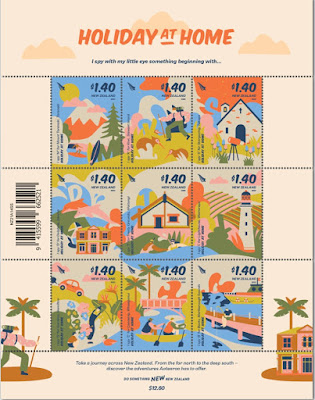 One subject which would not have featured on a mid-20th century stamp is that of Gay Pride but, in tune with social attitude changes of the second half of the 20th century, New Zealand Post will issue a single stamp on 3 February 2021 which is simply titled Pride. The design features what is called the Progress Pride flag and the date of issue coincides with the time of the year in New Zealand when Pride parades and festivals tend to take place there. The unimaginative design is by Cam Price and the stamp was lithographed by Southern Colour Print. The design is at least more colourful than the anaemic Holiday at Home stamps. Rating:- **. 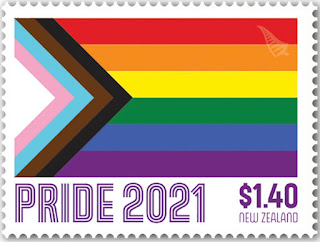 New Zealand Post’s planned programme for new issues for the rest of 2021 is:-
3 March - 150th anniversary of the Royal New Zealand Yacht Squadron
7 April - 95th Birthday of Queen Elizabeth II
5 May - Sarah Fenton (1848-1927), botanic artist
2 June - 20th anniversary of the Lord of the Rings movie (the cash cow is still giving milk)
10 June - 100th Birthday of the Duke of Edinburgh
7 July - Matariki 2021
4 August - Paralympic Games, Tokyo
1 September - issue for Ross Dependency
6 October - Diwali
3 November - Christmas.
🇬🇮 The EUROPA issue from Royal Gibraltar Post Office, previously mentioned in Blog 1816 was designed by Stephen Perera and lithographed by Cartor . The issue is made up of 2 stamps plus the previously mentioned miniature sheet and is due to be issued on 5 February 2021. 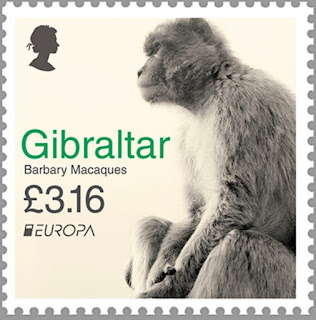 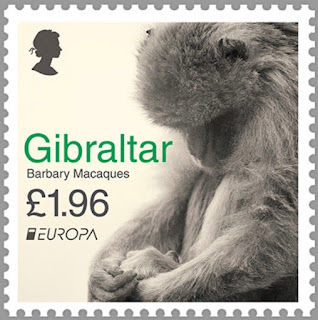 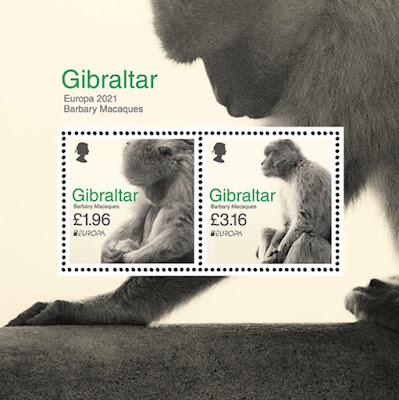