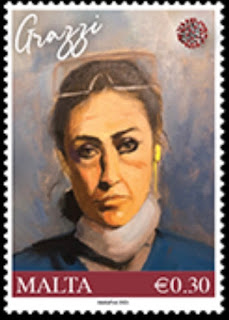 🇲🇹 Amid the appalling debacle of the European Union’s attempt to vaccinate the citizens of its 27 member states and its miserable failure to do so, one EU country stands out as a shining beacon of how it should be done - Malta. At the time of writing the country has administered the vaccine to double the percentage of its population that Germany has managed to do and 3 times the rate than has taken place in France. And now MaltaPost has chosen to commemorate its frontline health workers with a set of 3 stamps depicting health worker portraits by Madeleine Gera and Andrew Micallef inscribed, simply, Grazzi (thank you). The set was released on 29 January 2021 and was lithographed by Printex and perforated 14. One can not help but feel admiration for this little country with its charming people whose bravery helped the island to hold out against merciless Nazi bombers during the Second World War and who now are bucking the trend of the rest of the European Union by organising a fabulously efficient vaccine delivery programme to the Maltese nation. This is a notable set of stamps to add to any collection. 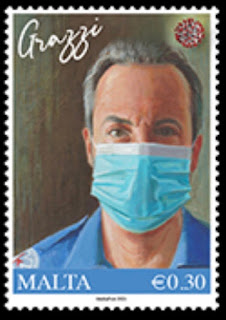 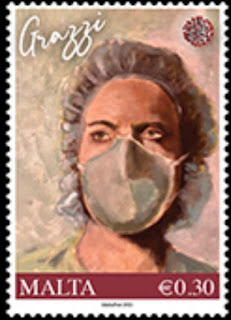 Malta’s success in administering vaccinations to its people compared with rest of the European Union:- 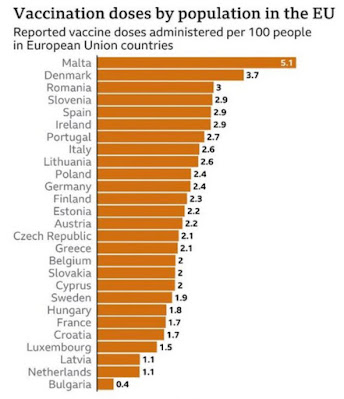