🇧🇩 The postal service of Bangladesh got off to an early start this year when it released a miniature sheet containing a single stamp on 4 January 2021 to commemorate the 73rd anniversary of the founding of the East Pakistan Muslim Chhatro (student’s league) by Sheikh Mujibur Rahman at Sher-e-Bangla AK Fazlul Hall at Dhaka University. Rating:- ***. 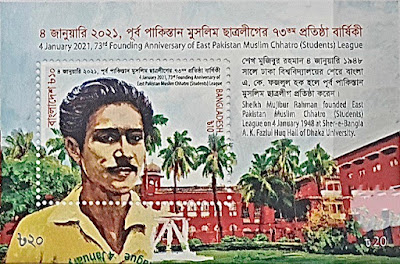 🇬🇧 Royal Mail, at the culmination of this year’s philatelic dance of the seven veils, has now allowed its new issue programme for 2021 to be revealed though only, as far as I can see, Norvic Philatelic Blog and Buckingham Covers are presently featuring the list. Whether or not, in a land where there is now very little need for postage stamps and where ordinary collectors are thoroughly hacked off, anyone is really bothered about new stamp issues is another question. So, from Norvic’s revelations it seems we shall have the following stamp issues in prospect:- 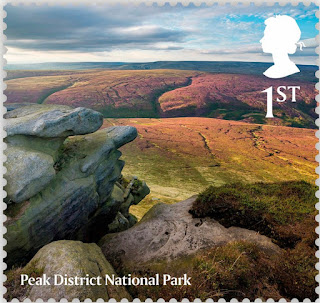 26 January - ‘United Kingdom - A Celebration’ - 1 miniature sheet containing 6 stamps - this sounds suspiciously like it is related in a roundabout way to the United Kingdom’s final departure from the European Union. The title does not sound that it is aimed at pleasing Scottish Nationalists. Alternatively it could have something to do with the way the country has dealt with the COVID-19 pandemic so far though a necessarily aggressive third ‘lockdown’ rather dampens the celebration. I have the horrible feeling that it will be one of those dull little miniature sheets probably containing 4 regional stamps (one for each country) and probably a couple of Union Jack definitive sized stamps similar to those incredibly uninteresting sheets which commemorated the openings of the Welsh Assembly and Scottish Parliament. Hardly celebratory at all.

4 May - Wars of the Roses, 550th anniversary of the Battles of Barnet (at which Warwick The Kingmaker was killed and the Battle of Tewkesbury (4 May 1471) at which Edward IV crushed the Lancastrians and killed Edward Prince of Wales and other important Lancastrians hence securing his rule until his death in 1483.

Battles of Barnet and Tewkesbury - 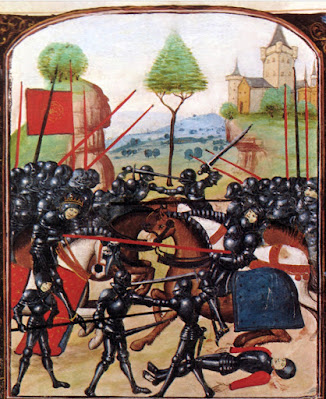 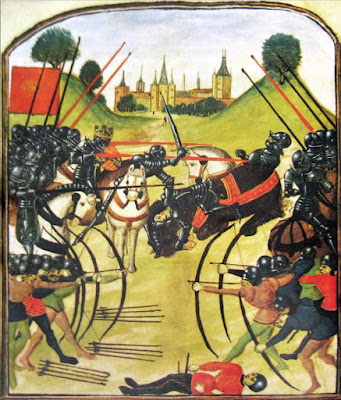 June - to be announced but one assumes that this issue will commemorate the 100th Birthday of the Duke of Edinburgh.

1 July - another one of those great Royal Mail literary issues, Dennis The Menace and Gnasher his dog (British comic strip characters)

September - to be announced

October - ‘Rugby Union’.The Rugby League World Cup will be held in England from 23 October to 27 November, surely this issue must be to commemorate that discipline or else is aimed at annoying a lot of people in northern England. However the Women’s Rugby Union World Cup will take place in New Zealand from 18 September to 16 October. but why commemorate an event in New Zealand of one discipline rather than that of the other discipline being held in England?

🇯🇪 Jersey Post will issue an excellent set of 6 Post and Go stamps on 17 February 2021. The stamps depict Coastal towers and are very much in the wonderful style of travel posters of the 1930s. I like this issue a great deal. Rating:- ****. 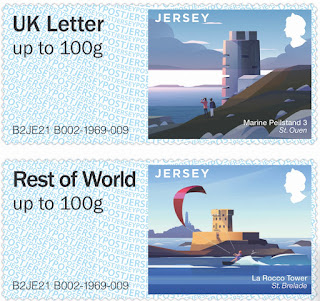 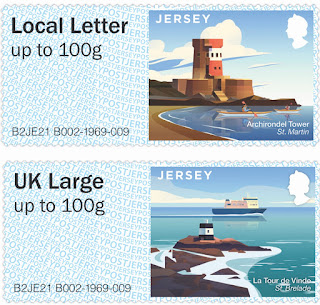 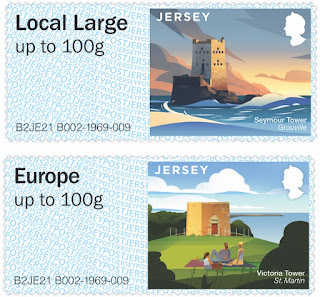 🇮🇲 Isle Of Man Post Office will issue a set of 6 stamps on 9 February 2021 on the subject of photographs of Showbirds by Luke Stephenson. The issue does not seem to commemorate any particular event or anniversary. The photographs are very attractive but given how many stamps are issued annually by the Isle of Man Post Office the issue does seem rather unnecessary. The issue was designed by Emma Cooke of EJC Design. Rating:- **. 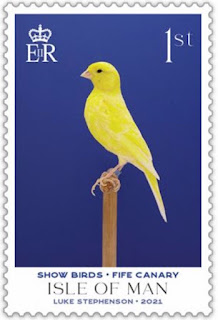 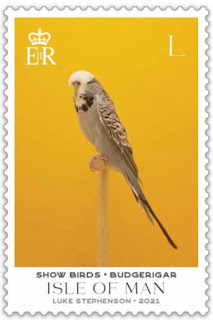 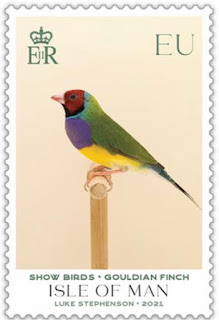 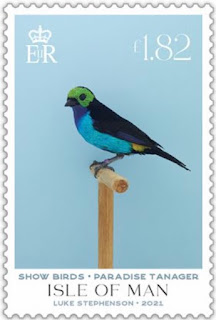 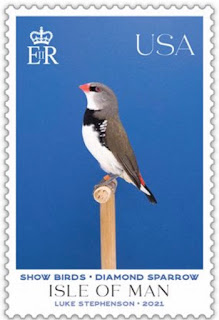 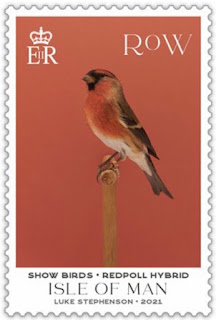