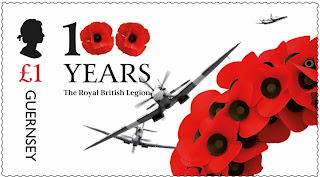 🇯🇪 Guernsey Post continues to issue numerous stamps, in similar fashion to the postal administrations  of the other British offshore islands and Gibraltar, and partially disguise the fact by issuing stamps inscribed Guernsey and Alderney with the hope, no doubt, that this confusion of names will obscure the reality of its excessive number of new issues.

So, with Guernsey Post having already announced the issue of 6 stamps, a miniature sheet and a gold miniature sheet (price £98) to commemorate Chinese new year and a new definitive set inscribed ‘Guernsey’ there will also be a set to commemorate the 50th anniversary of the introduction of decimal currency inscribed ‘Alderney’ and 2 other ‘Guernsey’ issues, one of which is the first of 4 parts commemorating the Centenary of the Royal British Legion and the other is the first part of a series of £3 miniature sheets featuring clematis flowers. In addition to all this there 6 new Post and Go stamps.

‘Guernsey’ - 17 February - Post and Go, Aircraft of the Bailiwick - 6 stamps. Designed by Toby Dixon and printed digitally in coil strips with the value and location identifier being printed bu thermography in the dispensing machine. Rating:- ***. 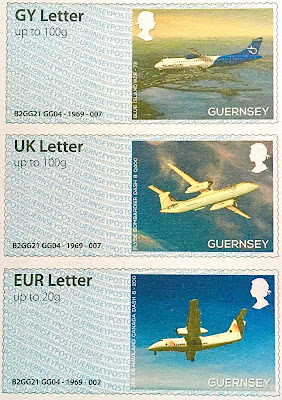 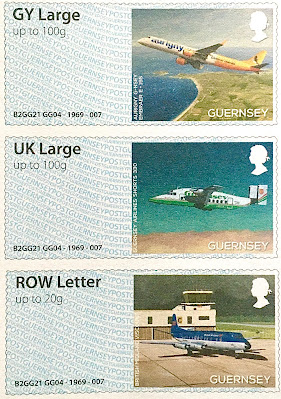 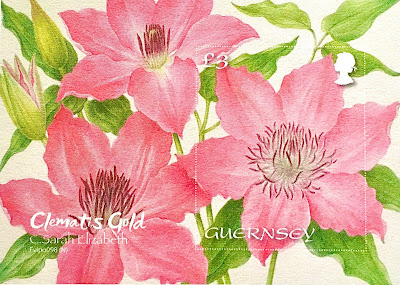 🇮🇪 An Post, the postal service of the Republic of Ireland, issued a single stamp on 7 January 2020 to commemorate the 150th anniversary of the Disestablishment of the Church of Ireland. The stamp was designed by Vermillion Design and lithographed by Enschedé in sheets of 16 and is self-adhesive. Rating:- ***. 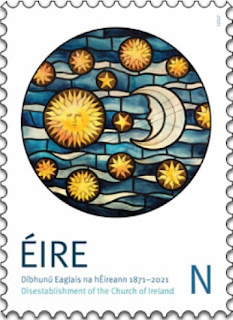