🇮🇳 India Post issued a single stamp on 25 January 2021 to commemorate the 50th anniversary of the achievement of full statehood of Himachal Pradesh. A colourful stamp. Rating:- ***. 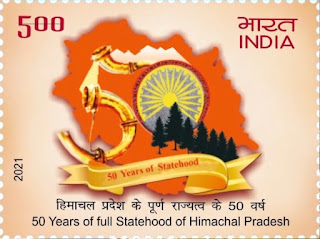 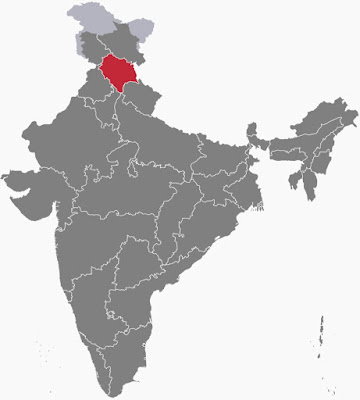 🇹🇿 Recently on sale on an internet auction site were 3 previously unseen surcharges from the postal service of Tanzania. Two of the values were stamps from the set issued in 2017 to commemorate the Diamond jubilee of the Aga Khan. These stamps were issued in a se-tenant strip of 5 different stamps so it is quite surprising that only 2 stamps from the strip were surcharged. This may well have been the case or else the other 3 stamps may also exist with the 900/- surcharge applied. Something to look out for. The third stamp is one from the previously issued Wonders of Zanzibar set which features a baby red colobus monkey. I think that these stamps must have been issued during 2020. Rating:- ****. 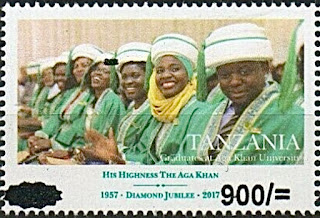 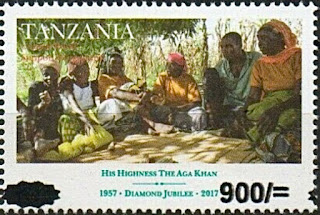 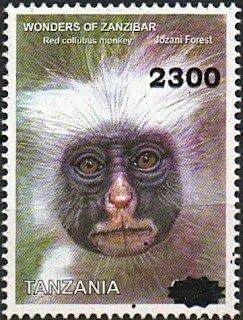 🇲🇾 Pos Malaysia included a miniature sheet containing a single stamp in its set to commemorate the 125th anniversary of the Constitution of Johore which was issued on 27 January 2021 (see Blog 1807). Rating:- ***. 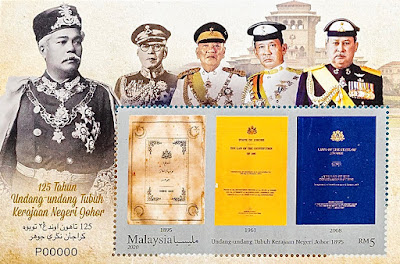 Pos Malaysia is planning to release the following issues in the early part of 2021:-

25 March - The largest integrated refinery and petrochemical complex in Malaysia.

🇧🇩 There have been 2 more new issues from the postal service of Bangladesh.

25 January 2021 - 46th anniversary of Sheikh Mujibur Rahman’s taking of the oath of office as President of Bangladesh. Rating:- ***. 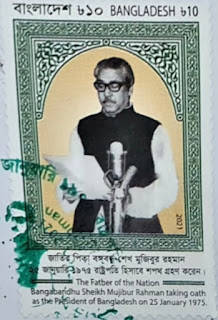 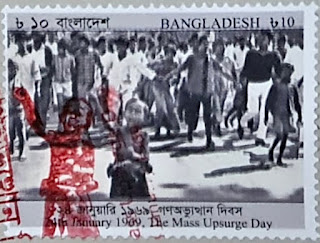 🇮🇪 An Post, the postal service of the Republic of Ireland, issued a single intensely uninteresting self-adhesive stamp on 28 January 2021 as this year’s Love stamp. The stamp is sold to collectors in pairs and in booklets of 10. The stamp was designed by Design HQ and lithographed by Enschedé. Rating:- *. 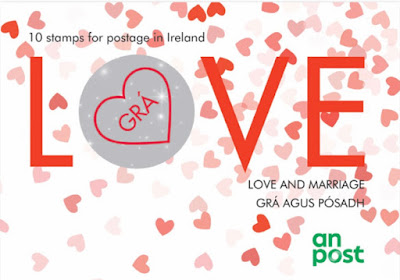 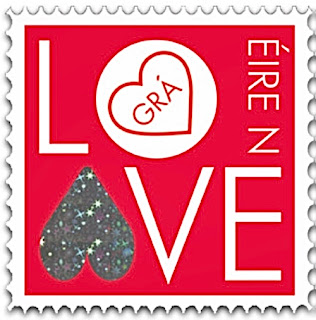