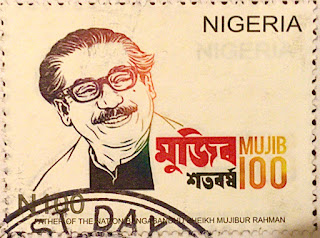 🇳🇬🇧🇩 Considering that it is the postal service of one of the most prominent of the Commonwealth countries, Nigeria, the new stamp issues which trickle out from time to time from NIPost have for decades not been really what one would have expected in terms of quality of design and stamp production along with the quality of publicity promoting the issues in collector communities around the world and the availability of the issues to ordinary collectors. In summary, when it comes to stamp issues (I say nothing about its other services) NIPost is a mess.

Last year it was expected that NIPost would issue a single stamp and 1 miniature sheet on 27 August 2020 in conjunction with Bangladesh to commemorate the Birth Centenary of Sheikh Mujibur Rahman, the founding father of Bangladesh, whose life was celebrated on a large number of Bangladesh stamps last year. Indeed a ceremony was held in Abuja, mostly on line, at the Bangladesh High Commission to launch just that - a stamp and a miniature sheet. The Bangladesh High Commission had clearly played an important role in producing this issue since the basic stamp was similar to a stamp issued earlier in the year by the postal service of Bangladesh (as well as the postal service of Bhutan) and the design was attributed on accompanying literature to the Bangladesh High Commission. Interestingly the miniature sheet containing a larger version of the stamp was very similar in format to the 2019 issue which commemorated the 150th anniversary of the Birth of Mohandas Gandhi, one of the father figures of India, which had been produced and released in conjunction with Indian diplomats in Nigeria.

A sheet of 50 of the stamps was produced by the Nigerian printer TACOMS International Ltd and the individual stamps were applied to first day covers dated 27 August 2020 which were presented retrospectively to those attending the launch since no stamps were actually available for the launch itself. No examples of these stamps were supplied to the NI Post Philatelic Bureau but the stamp - and not the miniature sheet - was eventually issued for sale at post offices. Importantly, the stamps sold at post offices had a small square of silver foil applied to them at the top right of the stamp whereas the stamps presented after the diplomatic launch ceremony did not thereby creating two varieties of the issue. It is also notable that the version without foil has the country’s name printed a second time very faintly under the properly printed name at the top right.

The miniature sheet was printed on ungummed, glossy stiff paper without perforations containing an over large stamp and could easily be mistaken as a publicity item but this rather bizarre format has been used previously in 2018 when a miniature sheet bigger than an album page (annoyingly) and imperforate, ungummed and on glossy, stiff paper was issued containing versions of the 4 stamps released to commemorate the 50th anniversary of River State.

This was followed by another somewhat problematic issue in 2019 which commemorated the 150th anniversary of the Birth of Mohandas Gandhi which was produced in conjunction with the Indian government with the miniature sheet appearing in perforated and imperforate format and the basic stamp being issued with and without silver foil.

There’s no doubt that collecting the modern stamps of Africa in general, and Nigeria in particular is both challenging and fascinating. 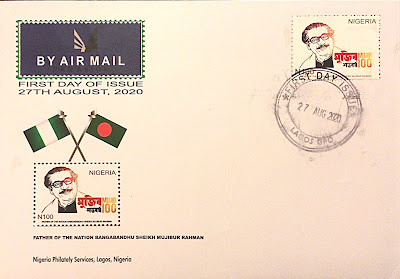 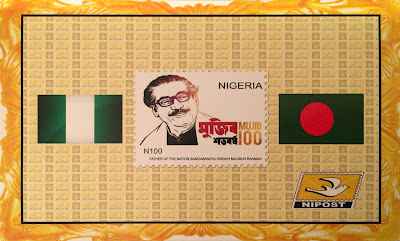 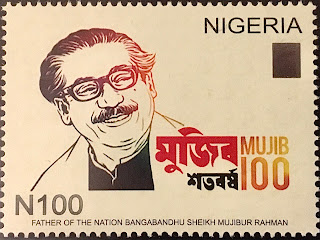 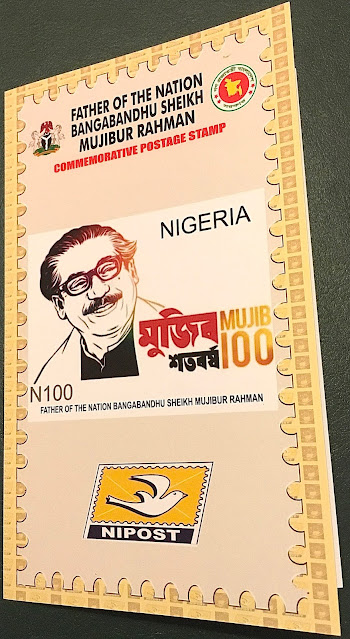 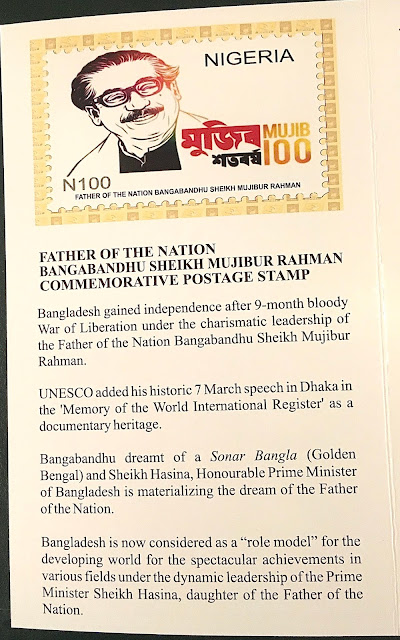 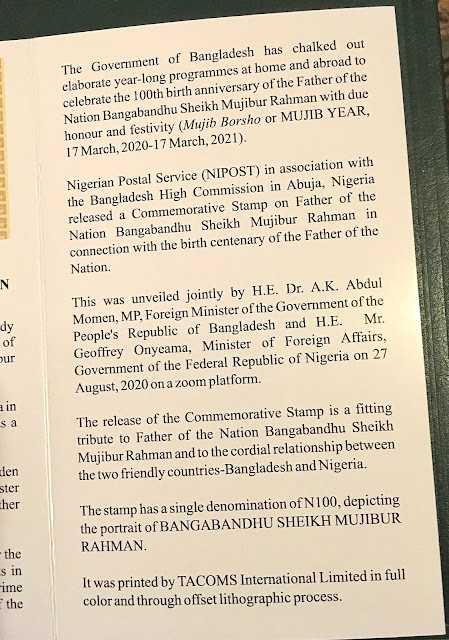 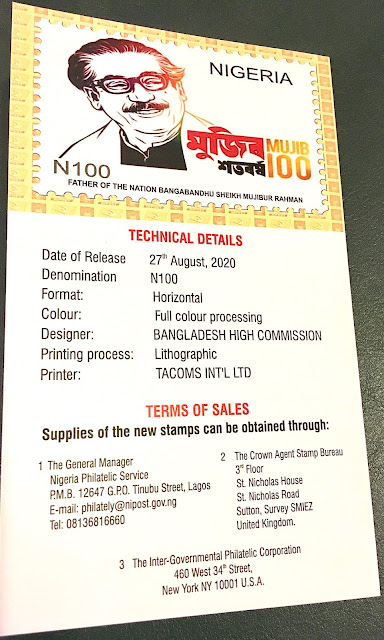 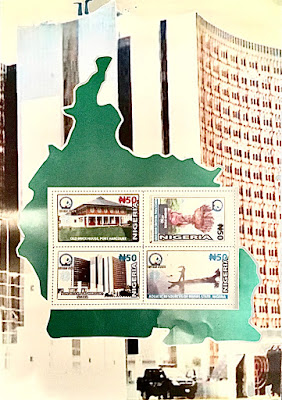 The 2019 Mohandas Gandhi issue, the stamp with and without silver foil and the miniature sheet perforated and imperforate:- 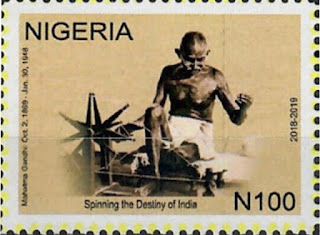 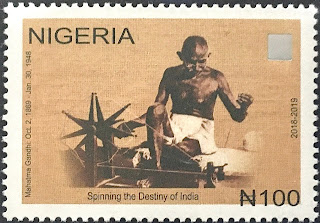 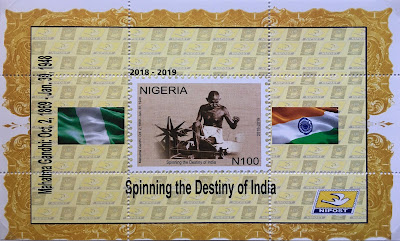 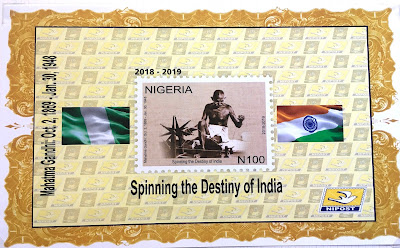 🇬🇧 The Royal Mail 2021 new issue programme includes another one of its ‘Music Legends’ releases which brings with it vast numbers of expensive products featuring aged formerly popular (or perhaps still popular) musicians. This year’s issue will feature Paul McCartney who was once a member of the music group The Beatles which was popular in the 1960s.