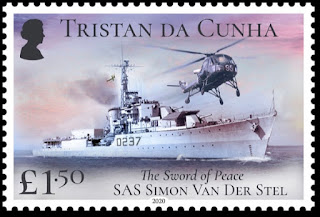 🇸🇭 The postal service of Tristan Da Cunha will issue another excellent pair of stamps on 8 December 2020 titled ‘Sword of Peace’ and depicting 2 ships associated with Tristan Da Cunha which have been awarded ceremonial swords to acknowledge their crew’s notable contribution to good and friendly relations with communities at home and abroad. The featured ships are RFA Ennerdale and the South African Navy ship SAS Simon Van Der Stel. The issue was designed by Andrew Robinson and lithographed by Cartor and the stamps are perforated 13.5. Rating:- *****. Thanks to Juliet Warner of Pobjoy Stamps for information about this issue. 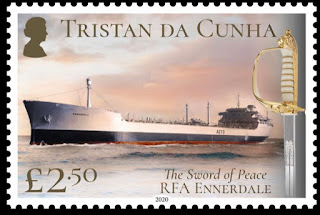 🇳🇬 In Blog 1720 I mentioned the expected issue from the postal service of Nigeria which commemorated the Birth Centenary of Sheikh Mujibur Rahman, the founding father of Bangladesh but then the release date was delayed. The issue now seems to have been released as a dealer is offering it for sale in partial or complete sheets on an internet auction site. It was originally thought that the issue was to be made up of a single stamp and a miniature sheet but at present only the single stamp seems to have been released. Very collectable. Rating:- ****. 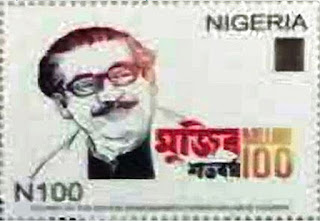 🇲🇲 In Blog 1781 I mentioned that the postal service of Myanmar had delayed the issue of a single stamp intended to commemorate the 75th anniversary of the United Nations. The delay may have been associated with a motion passed at the General Assembly condemning Myanmar for its actions against some of its minority communities. It appears now that all is forgiven and the stamp will indeed be released on the 1 December 2020. Rating:- ***. 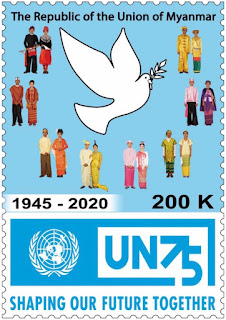 🇮🇳 Further to Blog 1786 I listed the My Stamp issues released by India Post during 2020 and there is now an additional issue to place on the list:-

November 2020 - Commemoration of the Indian Journal of Ophthamology - 1 stamp, issued in the usual sheetlet of 12 and sold at a premium price. 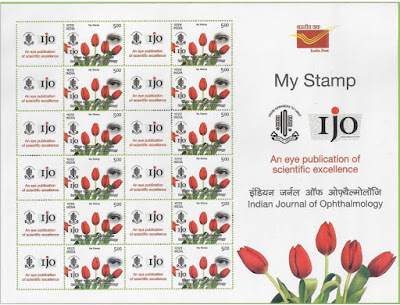