🇧🇩 There are a number of stamps from the postal service of Bangladesh with which to catch up. The subjects are mainly centred on various anniversaries tied to the the Centenary of the Birth of Sheikh Mujibur Rahman who is seen as the ‘Father’ of the country, Bangabandhu. Other issues of 2020 relating to this anniversary can be found mentioned in Blogs 1623, 1717, 1718 and 1748 and Blog 1623 deals with Sheikh Mujib’s rise to the leadership of what was then East Pakistan. The following make up a fascinating series telling the story of important events which occurred in the early years of the existence of Bangladesh. Rating:- ****. 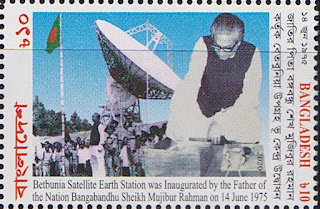 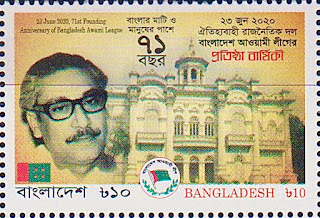 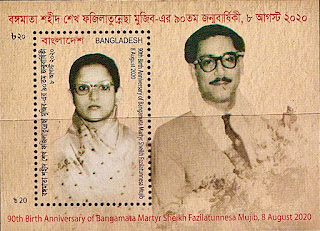 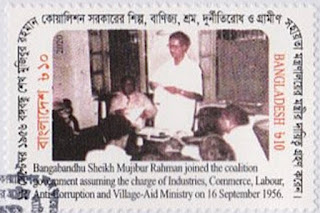 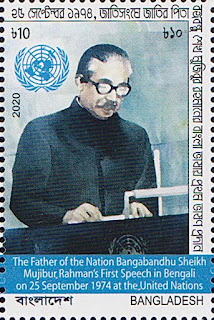 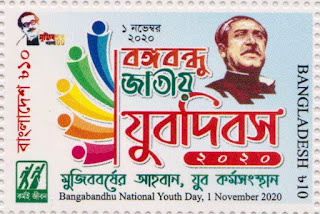 3 November 2020 - Jail Killing Day - 5 stamps in a se-tenant strip. Jail Killing Day commemorates the 4 leading members of the Awami League who were senior government ministers brutally murdered whilst under arrest following the assassination of Sheikh Mujibur Rahman and his family by revolutionaries. 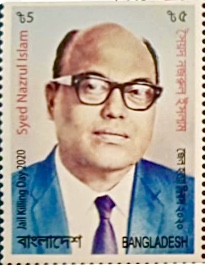 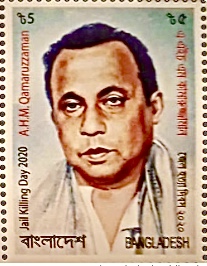 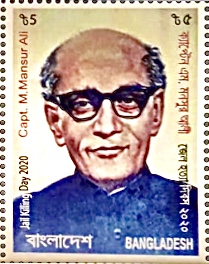 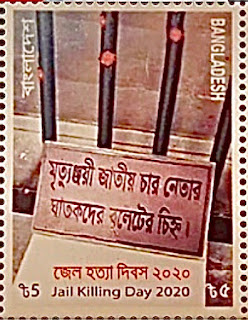 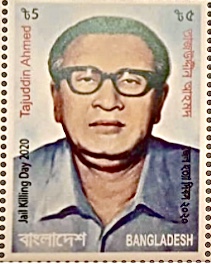 4 November 2020 - Constitution Day - 2 stamps se-tenant with a label in between and 1 miniature sheet containing the same stamps. 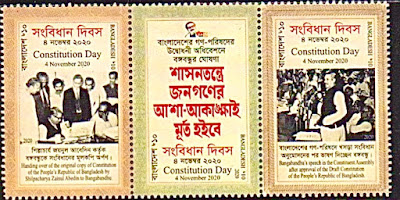 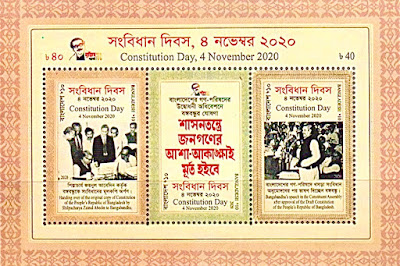