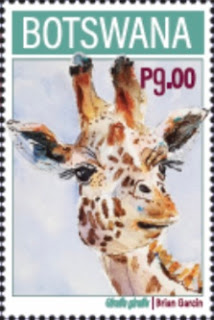 🇧🇼 Botswana Post issued a delightful set of 4 stamps and 1 miniature sheet containing all 4 stamps on 25 November 2020 on the subject of Giraffes. The issue depicts splendid portraits of the creatures by Brian Ganch. Wittily the miniature sheet is long and tall like the giraffe itself. The conservative stamp issuing policy and often wonderful designs of the new issues of Botswana Post ensure that collecting the stamps of that country remains a great pleasure which is something that one is able to say about so few other countries’ issues in this present philatelic era. Rating:- ****** (6 stars). 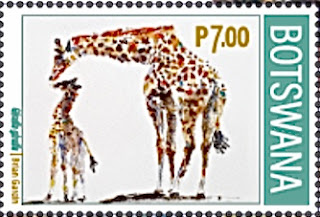 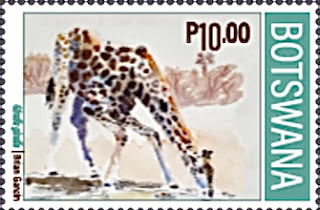 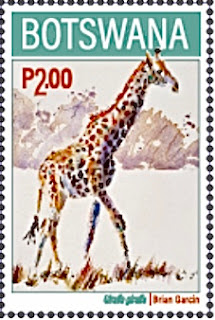 🇬🇧 There is news that stamps will be released for British Antarctic Territory on an as yet unknown date in December 2020. This is despite the fact that the scientific base in the territory is ‘locked down’ to avoid the arrival of COVID-19 there and also that there are no cruise ships visiting the territory this year carrying tourists who might buy the territory’s stamps as souvenirs or for use on postcards.

The announced issues are excellent, the first being made up of 4 stamps which depict the work of the winners of a children’s design competition highlighting the Bicentenary of the discovery of the Antarctic continent. The competition was open to children aged 4 to 17 and their art is some of the best children’s art I have seen depicted on postage stamps. The winning designers are  Jessica Barry, Oliver Sander, Dorothy Johnson and Samaria Hassan. Stamp production was coordinated by Creaative Direction and the issue was lithographed by Cartor and is perforated 13.5. Rating:- *****. 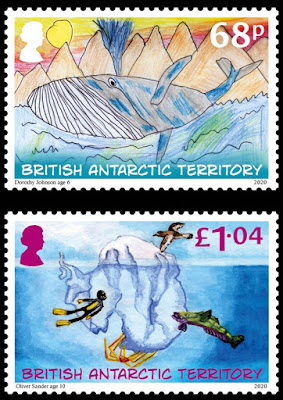 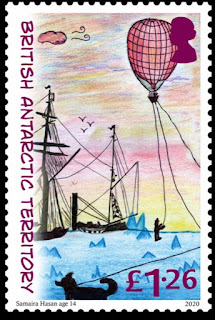 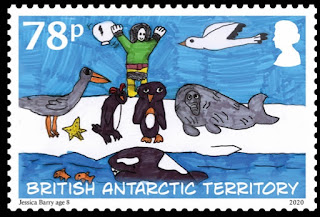 I particularly like the second issue which is made up of 4 stamps depicting Antarctic birds. The beautiful issue was designed by Andrew Robinson and lithographed by Cartor and is perforated 13.5. Rating:- ****** (another 6!). 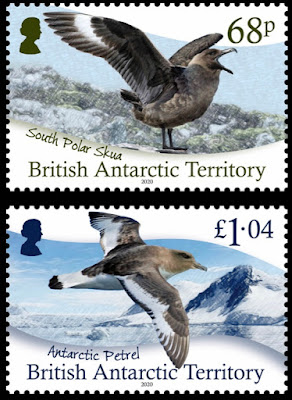 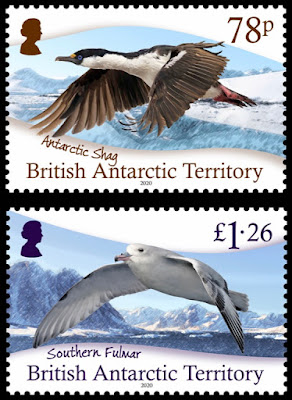 🇲🇲 Myanmar Post will issue 2 additional stamps on 30 November 2020 in its ongoing series featuring Thukuma artisan arts of Myanmar. Like the rest of this series these are two excellent designs and they represent the 7th and 8th stamps in the series with two more to come. Rating:- *****. 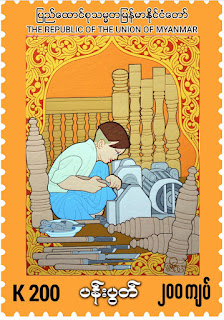 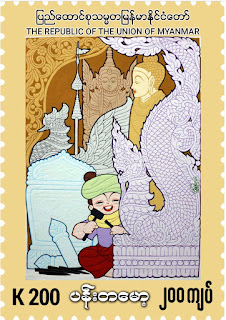